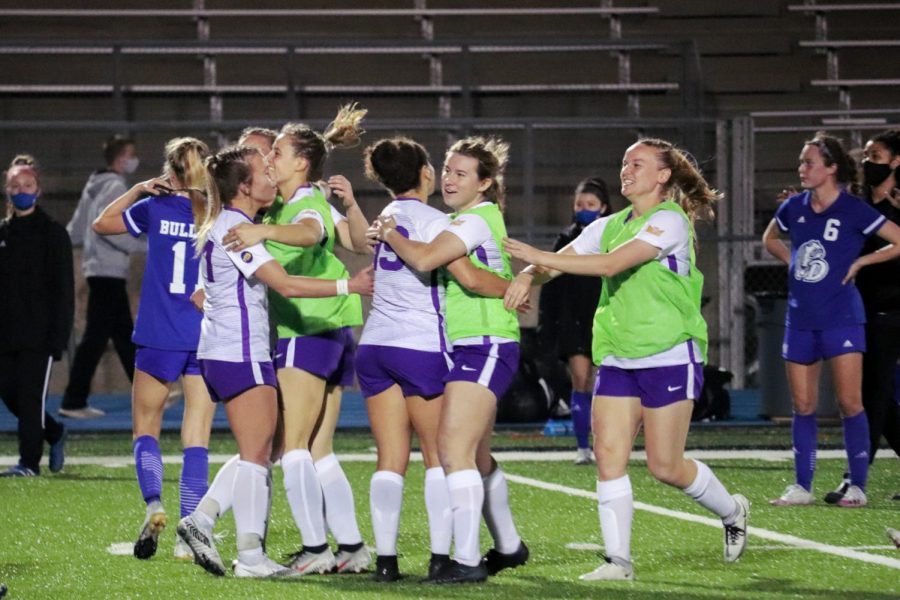 The UNI women's soccer team is tentatively scheduled to being play of the 2021 season next fall.

This past Sunday, the UNI Panthers women’s soccer team traveled to Adelaide Street Field in Normal, Ill. for a Missouri Valley Conference tournament quarterfinal matchup against the Redbirds of Illinois State. The Panthers entered the conference tournament with a record of 4-4-2 and with the fifth seed, whereas the Redbirds came in 4-6 and seeded fourth. The teams had matched up once earlier in the season, a game that ISU won 2-0. This game was tied 1-1 heading into overtime and was still knotted up after two extra sessions. Finally, resorting to penalty kicks to determine a winner, Illinois State won the shootout 3-0 to advance to the semifinals.

There were few shot attempts in the opening minutes, with the first two attempts of the game both coming from the Redbirds. Both shot attempts were on goal, but UNI goalkeeper Caitlin Richards managed to save them both. Sophia Conant took the first shot attempt of the day for the Panthers, but her shot was out to the left. In the 19th minute the Panthers got on the scoreboard first when senior Johnnie Hill scored her first goal of the season to put the Panthers up 1-0. Neither team managed to score the rest of the half, and UNI took their one goal advantage into halftime.

The Redbirds came ready to play and scored a goal just over a minute into the second half. Abby Basler sent a corner kick towards the UNI goal, and in the crowded area near the net the ball ended up bouncing off of the foot of UNI’s Shelby Unruh and into the net, tying the game at 1-1. Both teams traded shot attempts throughout the rest of the half, but neither could find the back of the net. Richards had a very good half in goal for the Panthers, compiling six saves in the second half alone. After 90 minutes of play, the teams were still knotted at 1-1 and headed to overtime.

The first overtime period was quiet offensively for UNI, with the Panthers not attempting a shot. The Redbirds managed three shot attempts, only one of which was on goal and it was again saved by Richards. The second overtime was more of the same, with UNI failing to attempt a shot. Richards picked up two more saves, and after an additional 20 minutes of play the teams were still tied. This brought the teams to a penalty kick shootout.

In the shootout, both teams are allowed to attempt five shots in alternating order, with the team that makes more of their attempts being crowned the winners. UNI had the first attempt, but Allison Whitaker’s shot hit off of the crossbar. Basler stepped up for the Redbirds and just managed to sneak the ball past the outstretched arms of Richards to give ISU a 1-0 shootout advantage. Unruh was next for the Panthers, but her attempt was also just off the mark.

The Redbirds attempted 23 shots with 13 on goal compared to eight shots with one on goal for UNI. Richards defended the goal for the Panthers, picking up 13 saves.

The spring soccer season will end for the Panthers with the shootout loss. They are scheduled to turn around and play the 2021 season in the fall, barring any setbacks or delays of the athletic season.