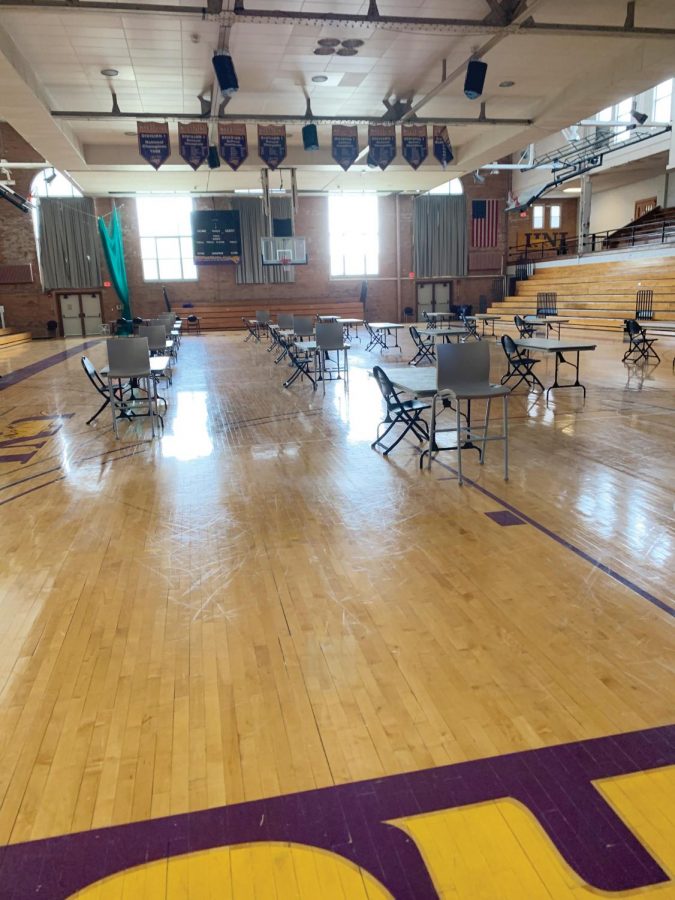 On Tuesday, April 14, the on-campus Johnson & Johnson vaccination clinic was canceled due to the FDA’s recommendation to “pause” the shot.

The pause was recommended after reports of rare but severe blood clots in six individuals, all females between the ages of 18 and 48, who had received the Johnson & Johnson vaccine within the last six to 13 days. The FDA released a statement saying they were “recommending a pause in the use of this vaccine out of an abundance of caution. This is important, in part, to ensure that the health care provider community is aware of the potential for these adverse events and can plan for proper recognition and management due to the unique treatment required with this type of blood clot.”

A CDC advisory committee was to meet Wednesday to discuss the vaccine and vote on updated recommendations for its use.

The pause was announced on Tuesday morning, leaving the university little time to alert students with early morning appointments. As a result, some students arrived for their scheduled time only to be told that the clinic had been cancelled.

One student athlete, who wished to remain anonymous, said on Wednesday, “I was signed up for the Johnson and Johnson shot yesterday because I have an underlying condition, asthma, and when I showed up, they told me I needed to reschedule.”

The university released a campus-wide email explaining the cancellation at 9:15 a.m. on Tuesday morning, in which they stated that registered students had been contacted separately and offered the chance to register for on-campus clinics later in the week using the Pfizer-BioNTech vaccine.

The rescheduling process also led to issues, however. Some students, including the student-athlete, were told their appointments had been rescheduled for Wednesday morning. However, she showed up to find an empty gym once again.

“When I came (Tuesday), I was told the appointments were all for ‘tomorrow,’ so when I signed up for the morning slot, I assumed it was for (Wednesday). Apparently, it was for (Thursday), and I can’t even come tomorrow morning because I’ve already taken two days off to try to get it yesterday and today,” she said.

Student Health Clinic staff explained that vaccines rescheduled for Wednesday morning had been an error; the clinic was only scheduled to operate from noon-3:10 p.m. on Wednesday.

The student-athlete said she felt the situation could have been handled better.

“If I’m supposed to be high risk and a priority, why do I get stuck with the leftover shots?” she said. “I’m not saying they should have kicked the other people off their appointments, but why couldn’t they have opened (Wednesday) morning up for us? Or at least made a designated day to make sure we all got covered. I guarantee some people weren’t able to reschedule for the like 20 appointments that were available.”

The Student Health Center emphasized in its Tuesday communication that the “availability of our overall remaining supply of the Pfizer-BioNTech vaccine” could affect availability for rescheduled appointments.

The Pfizer-BioNTech vaccine is still being offered this week for faculty, staff and students by appointment only on Thursday, April 15 and Friday, April 16 from 8:20 a.m.-11:30 a.m. Those who sign up for this vaccine must be present during finals week to receive the second dose.