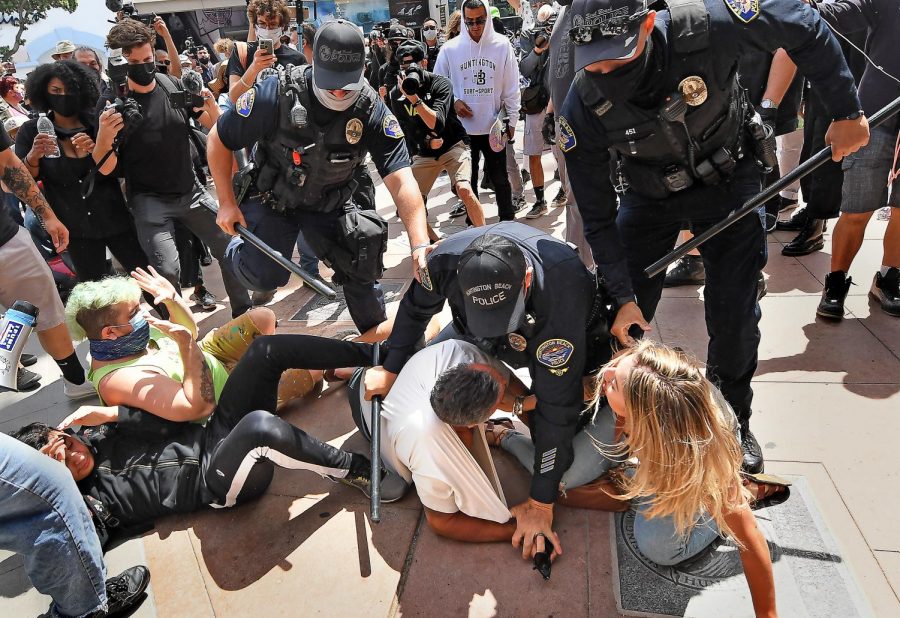 Opinion Columnist Emerson Slomka argues that the "Back the Blue" bill primarily puts protestors at risk instead of protecting police.

On April 14, Iowa lawmakers passed Senate File 342, dubbed the “Back the Blue” bill, adding additional protections to law enforcement and raising penalties for offenses related to protesting. The bill also expands qualified immunity, and eliminates liability for drivers who hit protesters, so long as they are not engaging in “reckless or willful misconduct.” The legal penalty for engaging in a riot is elevated to a class D felony, potentially resulting in up to five years of prison and the loss of voting rights. Other additions include adding failing to stop for unmarked police cars to the definition of eluding and increasing benefits for police officers regarding medical benefits, workers compensation and retirement. Officers on the Brady List (a list of officers with suspect credibility compiled by county attorney’s offices) can no longer be fired for being on this list under Senate File 342.

“We are living in a time where our police officers are targets,” said Rep. Steve Holt, “There’s a level of a lack of respect that is breathtaking that I have not seen in my lifetime, toward those who ensure that law and order is maintained. We all know that without law and order, there is no freedom, there is no justice.”

Rep. Jarad Klein said, “I’ve got no problem with peaceful protests. Those are a great and wonderful thing, but when they turn violent that’s a whole different ball game, so we’re going to up the penalties and rioting and violence.”

In reality, this is a bill that targets the entire spectrum of protestors by putting all activists at risk and giving law enforcement even more power than before. By establishing a vague definition of what a “riot” is versus a nonviolent protest, it is impossible to determine where the line between the two will be drawn in practice. This extends to the section involving liability for drivers who hit protesters; how can one determine whether or not a driver was actively intending to harm protesters?

The bill leaves this completely vague, establishing no parameters. When taking into consideration how the wellbeing of protesters is frequently ignored by law enforcement and legislators, it is not hard to imagine that the vagueness of this bill is intentional, potentially allowing nonviolent protestors to be arrested for participating in “riots” and vehicular manslaughter to be acquitted.

With the recent murders of Daunte Wright and Adam Toledo, it seems absurd to be applauding law enforcement and providing them with more benefits and more power rather than placing them under scrutiny. Really, in the wake of the wave of police brutality our nation has been experiencing over the past few years (but particularly within the past year), as well as the police response to protests against police brutality, it almost seems to be rewarding such behavior from law enforcement. Rather than addressing racial injustice within Iowa, this bill aims to celebrate a major component of racial injustice without attempting to remedy or reform it.

Iowa’s new “Back the Blue” bill does very little besides pander to law enforcement and demonize protestors without attempting to address any real issues. Ultimately, it is an attack on free speech and the right to assembly hiding behind the mask of “law and order.”