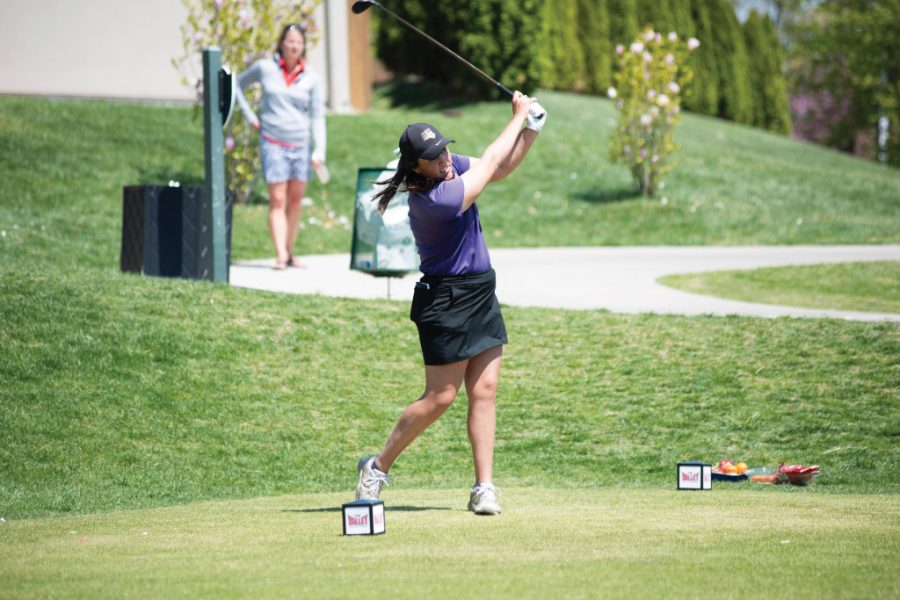 The UNI women's gold team took home a share of the MVC championship earlier this week.

Earlier this week, on Monday, April 19 and Tuesday, April 20, the UNI women’s golf team competed at the 2021 Missouri Valley Conference women’s golf tournament at Bogey Hills Golf Course in St. Charles, Mo. In total, three rounds of golf, each consisting of 18 holes, were played, with the opening two rounds coming on Monday, followed by the final round on Tuesday. The Panthers performed very well during the tournament, both as a team, with UNI tying for first place in the team standings, as well as individually, with three of the five Panther golfers finishing in the top 10.

Out of the 10 teams competing in the team portion of the competition, UNI managed to tie with Evansville for first place. The Panthers fell behind early, having 10 more strokes than their opponents entering the final round. However, they managed to make up those 10 strokes on the final day to tie things up and end up with a share of the conference championship.

The overall tournament champion was Sophia Rohleder, a senior from Evansville. Rohleder won the tournament by shooting a 229, edging out UNI’s Snelling as well as Abby Cavaiani of Missouri State, both of whom shot a 231.

Next up for UNI golf will be the men, who are set to compete in the men’s Missouri Valley Conference golf tournament on Monday, April 26 and Tuesday, April 27 at Flossmoor Country Club in Chicago, Ill.