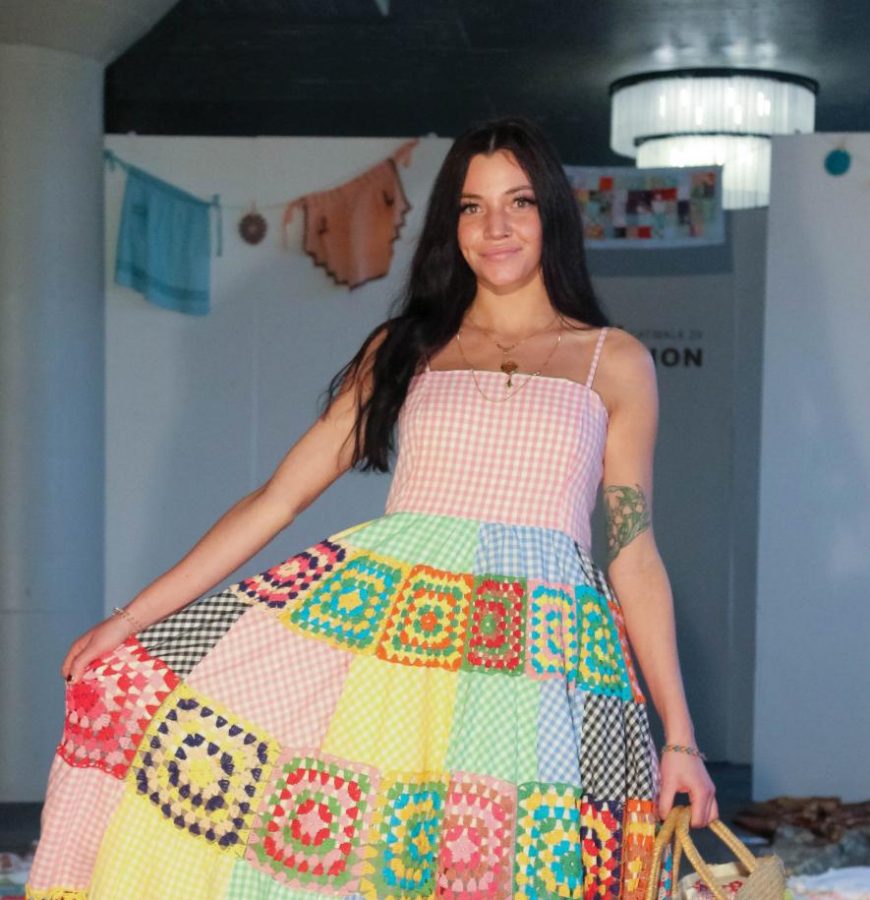 Links to each of the shows will be posted on their website in addition to the videos being uploaded to the TAPP YouTube channel and instagram.

Cassie Hendrix, a senior double majoring in textiles & apparel and marketing: digital media & advertising, is the student executive producer of “Catwalk 29” and produced each of its events. Hendrix worked under the supervision of alumna and associate professor Belle DuChene, who has produced various fashion shows.

Hendrix noted that “Catwalk 29” is emulating New York Fashion Week by having its first week-long event. In the past, the TAPP’s annual catwalk has been a one-night show on a Saturday in Lang Hall. While the “Catwalk 29” team trod new territory by turning a one-day event into a six-day one, Hendrix said that not having a tried-and-true “blueprint” to follow made the project all the more interesting.

She encourages UNI students to tune in to fashion week to show support for the TAPP students. She shared that many people are unaware of the program, and attending this event would be a great opportunity to see the hard work of fellow Panthers and learn about the TAPP.

“I was the model director a couple of years ago, and people came up to me and they were like, ‘I didn’t even know that UNI students could make clothing that looks like something you could buy off of the racks at the store,’” Hendrix said.

She’s embraced the challenge of being student executive producer of “Catwalk 29.” Her tasks have included overseeing and collaborating with five student producers, coordinating designers and models and creating schedules and promotional materials. Hendrix is graduating in May and has dedicated a significant portion of her final semester planning “Catwalk 29.” That planning has taught her the importance of persistence and given her the opportunity to hone her problem-solving skills.

The fashion promotion class that’s assisted with “Catwalk 29” has been primarily virtual this semester. Peers had the opportunity to see each other face-to-face for the first time when filming in the lobby of the courtyard by the Marriott Waterloo Cedar Falls hotel. Between successful filming while following COVID-19 guidelines and primarily interacting in a virtual environment, Hendrix said it’s been rewarding to see everyone’s hard work come to fruition.

Each show’s video link will be posted on the catwalk website on their designated days. Videos will also be uploaded to TAPP’s YouTube channel and to Instagram @unicatwalk. Links will also be shared on their Twitter and Facebook pages with the same name.

“These textile apparel students are going to be the next leaders in the fashion industry, and they have an eye for it and a talent,” Hendrix said. “It’s just inspiring to see what these students put all their work into. It’s not just fashion. It’s art.”