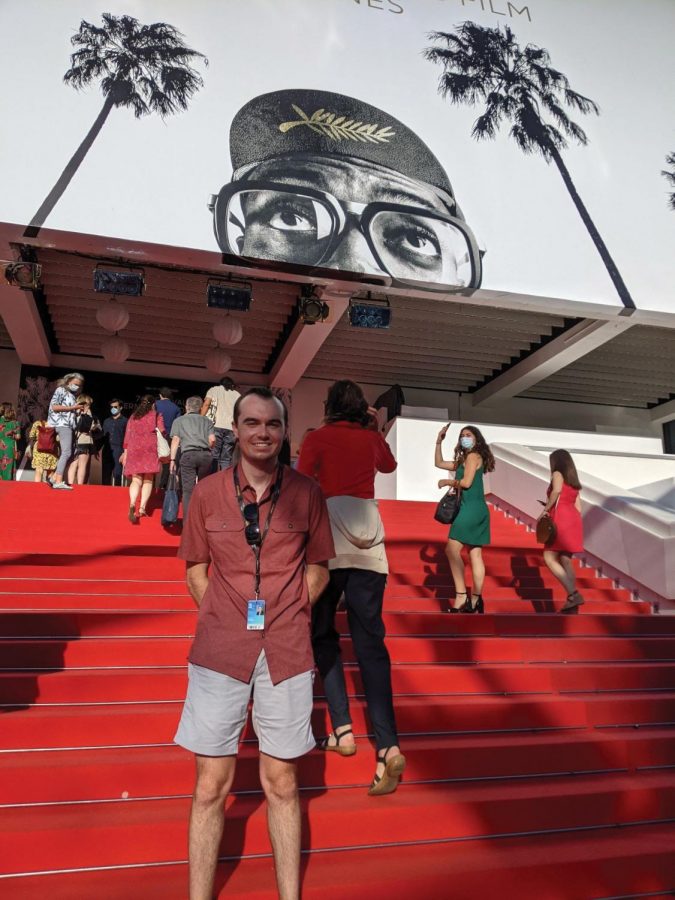 This past summer, I was able to live out one of my dreams by attending the prestigious Cannes Film Festival, located on the glamorous French Riviera. As the festival is invite-only, this adventure was made possible through an ambassadorship for American student film critics. This year’s lineup featured one of the finest selections of international cinema. And while I attended for only three days out of the total ten that the festival runs, I was able to see ten films from all over the world, with a few representing American cinema on the world stage. Of those ten, I have selected my favorite five to review in detail, with the remaining five given quick ratings. Fortunately, I did not see a single bad film, so my thoughts will be entirely positive.

Justin Kurzel’s “Nitram” was one of the best films out of this year’s festival as it handles its dark subject matter with both grace and severity. Abandoning the flashy style he is known for, Kurzel lets the actors and simple camerawork tell this true story of the Port Arthur Massacre that left thirty-five people dead and two dozen wounded. While it may be an experience that wrecks people’s bodies due to its cinematic intensity, there is hope that there will be a greater understanding of this dark chapter in human history upon leaving the theater.

A visual masterpiece bursting at the seams with talent both on and off the screen, “The French Dispatch” is a film by a director working at the absolute height of his powers. More importantly, the film gives one of the most enjoyable theatrical experiences in a long time. There were several rounds of applause from the Cannes crowd, who seemed to be in love with the film, indicating that this will be a hit with audiences just as other Wes Anderson films have been before.

There is a sense of worry one has about how Anderson will top this with his next film. “The French Dispatch”  pushes the limit in terms of his rapid-fire pacing and visual splendor. Still, until then, we should stay in the present and be thankful that something this magical is allowed to exist in a world that only seems to get bleaker. Barring a masterpiece being released, this will be my favorite film of 2021.

Containing some of the most disgusting and in-your-face grisliness that has ever graced the silver screen, Julia Ducournau’s “Titane”  holds you like a vice grip from minute one, refusing to let you go no matter how much you squirm. The experience of watching the film can be borderline torture, as violent punishment is enacted in ways that can only be seen to believe. The film’s screening at the festival resulted in several walkouts within the first fifteen minutes. Those who can stomach the film will be rewarded with an exhilarating story about acceptance and companionship told by one of the most original emerging filmmakers working today.

“Memoria” is a work for the cinephiles that need an escape from the noise of the modern world. It’s wildly beautiful and imaginative, all while challenging your patience and world viewpoints. Go in with an open mind, and you may find yourself enlightened by what director Apichatpong Weerasethakul is offering in his most accessible (although that’s not saying much) film yet.

Iranian auteur Asghar Farhadi has been one of the most consistent filmmakers of this millennium with his knack for suspenseful drama and for exploring the modern problems surrounding Iranian culture. “A Hero” sees Farhadi doing what he does best as he tells a multi-layered story filled to the brim with ethical questions that have no easy answers. Few filmmakers are as gifted as Farhadi at showing the complicated nature of everyday life.

“Annette” (United States): Leos Carax’s gothic musical has its moments of brilliance, such as Adam Driver’s committed performance. But at 140-minutes long, those flashes aren’t enough to make this into the sensation that it should be.

“Paris 13th District” (France): Equally filled with millennial insight and nudity, this is a lighter affair from the dependable Jacques Audiard. Except for a few small setbacks within the script, the film is an arthouse delight that will connect with younger viewers, possibly more than they want it to.

“Lamb” (Iceland): Even your wildest imagination will not match the absurdity of this story. The slow pacing produces a thick atmosphere where you never know what’s going to happen next. It may not always work, but the boldness is something to admire.

“The Story of My Wife” (Hungary): At nearly three hours long, this mystery drama seriously lacks the substance needed to fill that runtime. The film is handsomely crafted, but all the pretty objects are empty calories.