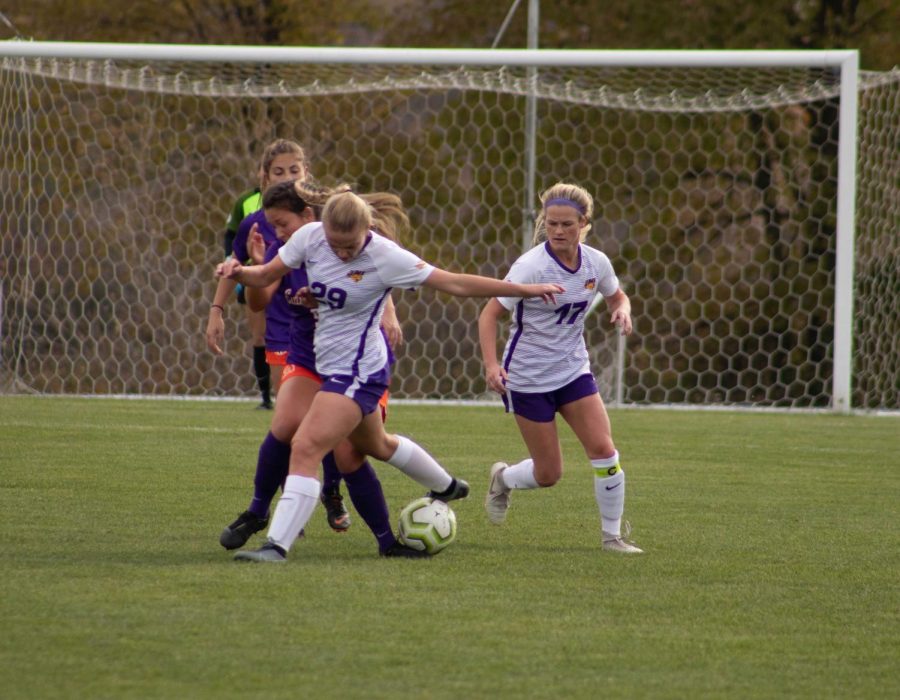 The UNI women's soccer team fell to Western Illinois in overtime on Sunday by a score of 4-3. UNI moves to 1-2-1 on the season and will play their next two matches at home.

For the second straight game, the UNI women’s soccer team went into overtime, this time resulting in a heartbreaking 4-3 home defeat to Western Illinois.

It took little time for the action to commence as defender Bridget Schuler gave the Leathernecks a 1-0 advantage in the 10th minute. That lead didn’t last for long as Johnnie Hill tied it up seven minutes later after coming in as a substitute for the Panthers only seven seconds earlier. UNI was able to go into the halftime break with the lead as Ashley Harrington slotted in a goal at the 34-minute mark.

A goalkeeping error that left an empty net allowed the Leathernecks to tie the game back up 2-2 in the 69th minute. Western Illinois then took the lead back with a goal in the 76th minute. Freshman forward Lauren Heinsch was subbed in for the Panthers following that goal, and she gifted UNI the tie with only five minutes remaining in regulation.

Western Illinois dominated overtime as they attempted two shots, while the Panthers were held without an attempt. Maddi Hasken was subbed in for the Leathernecks in the 91st minute and scored the winning goal just five minutes later.

Both teams were evenly matched in terms of shots, with UNI attempting 12 total with eight on goal, and Western Illinois attempting 15 total with nine on goal. The Panthers also led in corner kicks with eight to the Leathernecks two. Unfortunately, they weren’t able to capitalize on any of those opportunities.

Lauren Heinsch led the Panther offense with both of her shots on target with one goal. Johnnie Hill and Ashley Harrington were perfect in attempts as both of their lone shots on target turned into goals. Caitlin Richards and Brittney Bentheimer split time at goalkeeper, with each making multiple saves on the day.

With this loss, the Panthers are now 1-2-1 on the season. They’ll be staying in Cedar Falls for their next two matches as they host Saint Ambrose on Sept. 3 and the University of South Dakota on Sept. 5, which will be Senior Day.