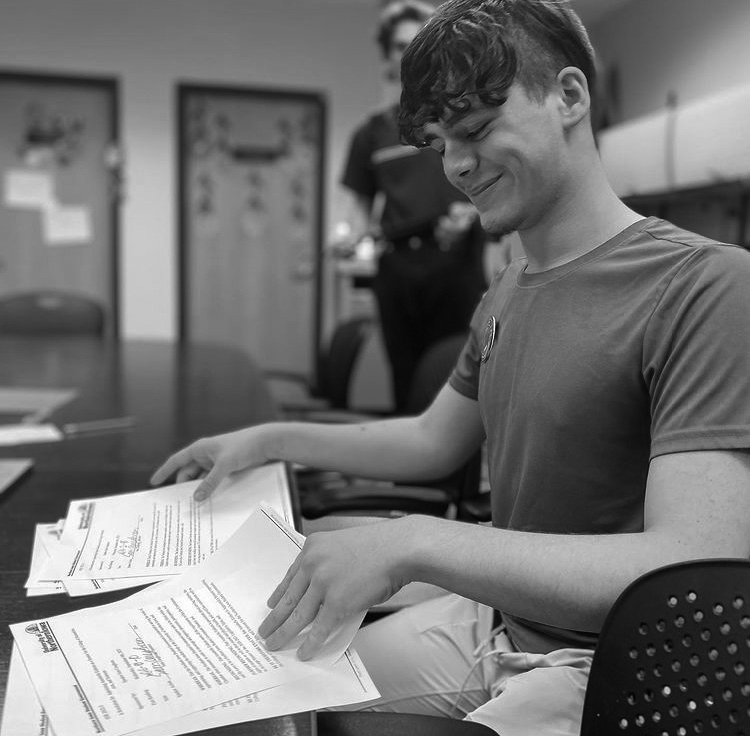 Located in the bowels of Maucker Union, the Northern Iowa Student Government  (NISG) gathered in the University Room for their second meeting of the fall semester this past Wednesday, Sept. 8. Mediated by Sam Caughron, the speaker of the Northern Iowa Senate, the NISG meeting focused the majority of the night on appointing six new senators to bolster their legislative ranks.

Each candidate throughout the night was tasked with sharing their credentials for student government as well as mapping out their ideas for initiatives to undertake if they were appointed. Student government members then questioned each candidate and deliberated amongst themselves before a senate vote to confirm each appointee to their position.

First year political communications major Noah Hackbart drew the short straw and was the first to state his case before the in-person and virtual panel of student government members. Applying for the College of Humanities, Arts and Sciences senate position, Hackbart concentrated his pitch to the assembled members on establishing an ambassador program to help acclimate first year students to the University of Northern Iowa. Once he had fielded questions from the members, Hackbart was eventually confirmed by a unanimous vote of 5-0-0.

Following Hackbart virtually, sophomore Annabelle Einhorn took center stage via Zoom to deliver her qualifications for Northern Iowa senatorship of the College of Humanities Art and Sciences. Former At-Large senator, Einhorn shared her ideas on initiatives for improving the lives of virtual UNI students which included her aim to implement more online centered curriculum at the university. Einhorn was confirmed by a unanimous vote of 6-0-0.

The next appointee on the docket was James Carolus, a first year student and comprehensive secondary science education major applying for an At-Large senate position. A former Eagle Scout, James Carolus took his time before the student government members to state his desire to improve LGBTQ+ education within the university. After the gathered members’ deliberation, Carolus was confirmed by a vote of 4-3-0.

Mason Miller, a first year economics major, followed next for the group of prospective senators. Applying for the College of Business Administration senator position, Miller hoped to use his position in the student government to make books and other educational resources more affordable for students. Miller was confirmed by a vote of 6-2-0 and became the fourth appointee of the night.

Trevor Meyers, a transfer student and history major in his first semester at the UNI rounded out the group of new senate appointees. Meyers offered his ideas  for a greater support system for transfer students in addition to the already existent university initiatives for current and future transfer students. Meyers hoped to develop some semblance of a mentorship program for transfer students as they begin their academic journeys here at UNI. The senate confirmed Meyers with a unanimous vote of 10-0-0.

With much of the main agenda of the meeting concluded, the Senate Committee Chairs each gave their weekly assessment of their respective committees within the student government. The Government and Legislative Affairs, Campus Relations, External Relations and Organization and Finance committee chairs each gave relatively sparse remarks near the end of the meeting as only one for the four committees have truly gotten off ground this early in the year.

NISG meets every week at 8:30 p.m. on Wednesdays in the University Room of Maucker Union. These meetings are free and open to the public. Check back in next week’s issue for more ongoing coverage related to the NISG, their initiatives and news surrounding the organization.