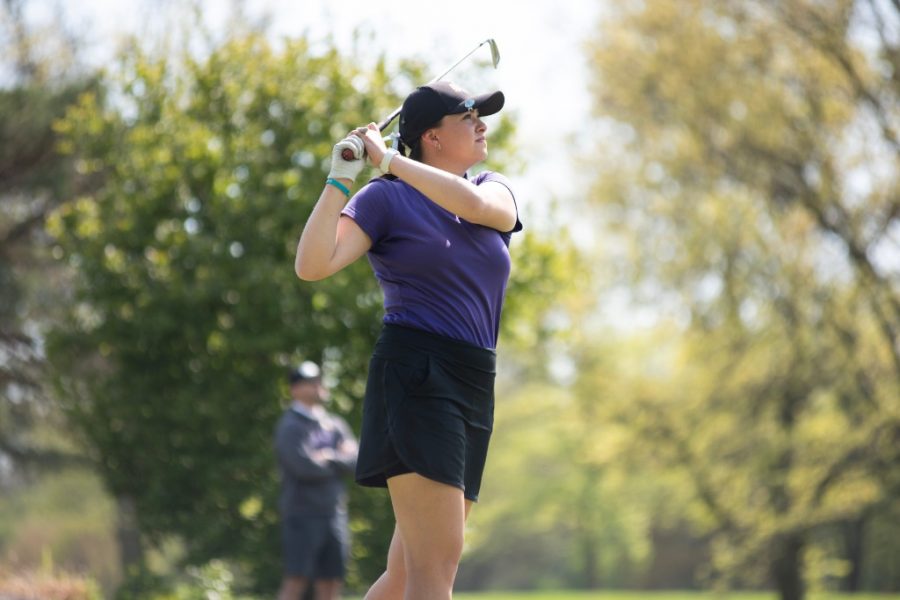 Both the Northern Iowa Panthers men’s and women’s golf teams were on the road this weekend, with the men opening their season at the Gene Miranda Falcon Invitational in Colorado Springs, hosted by the Air Force Academy. The women competed at the Jackrabbit Intercollegiate in Brookings, S.D., hosted by South Dakota State University.

The men finished in fourteenth place with a three-day team score of 889, with UC Davis winning the tournament with a record total of 831. Senior Thomas Storbeck was the top finisher for the Panthers, finishing T33rd with rounds of 73-76-71, respectively. Sophomore Griffin Parker had the lowest single round score for the team with a 69 in his second round.

The women had to deal with rain delays and darkness as they finished in fourth place out of ten total teams. They shot a combined three-day score of 927, with the host, South Dakota State, placing first with a score of 894. Senior Hannah Bermel placed ninth individually, and led the team both in total score with a 228, and single-round with a 74 in the second round.

The Panthers played three freshmen in Anna Jensen, Allison Nuss and Lily Bredemeier, with all posting at least one sub-80 round.

The men’s team will stay within Colorado for their next invite as Colorado State University will host the Ram Master Invite in Fort Collins on September 20-21. The women will have a few weeks off until they head back on the road for the Stampede At The Creek, hosted by the University of Nebraska at Omaha on Oct. 4-5.