Bikers travel across the US, stop at UNI 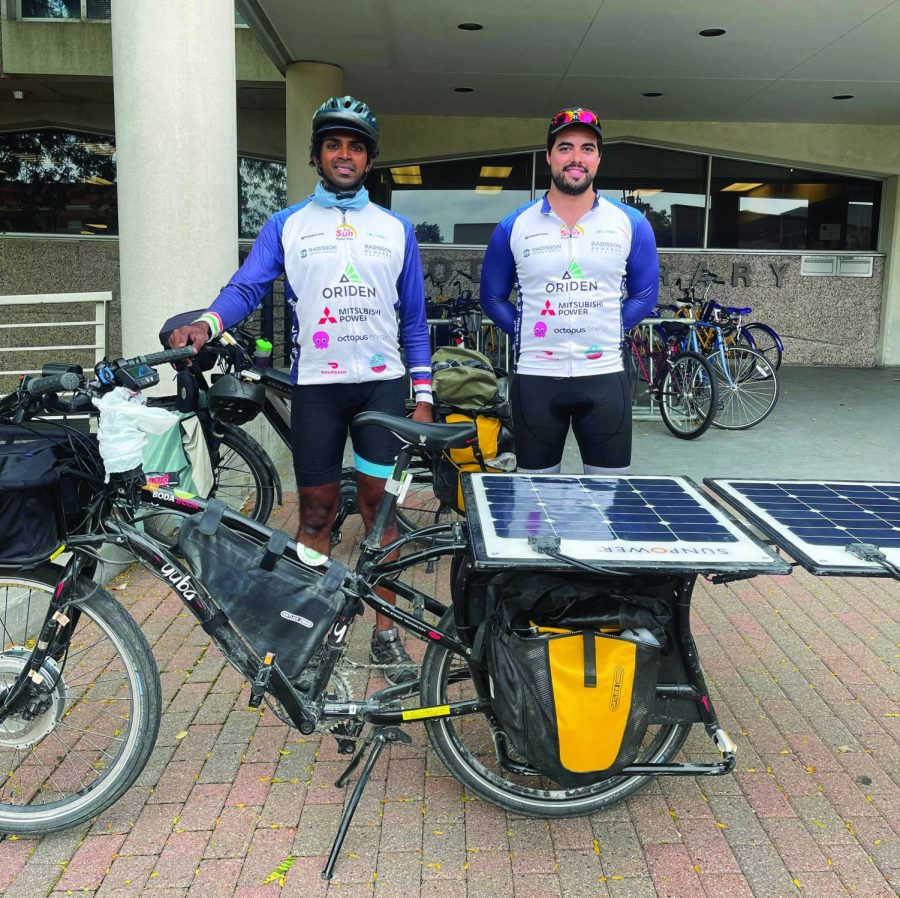 Bikers traveled through UNI's campus Monday afternoon on their 6,900 mile journey across the United States.

Amidst a 6,900 mile journey across the United States, bikers Sushil Reddy and Luis Fourcan made a pit stop at the University of Northern Iowa Monday afternoon. Reddy is originally from India, and Fourcan is from Mexico. The pair started their journey across the U.S. on Aug. 15 and hope to end around Dec. 15. They started in North Carolina and are following a path from there to New York, Seattle, San Diego and Texas.

Both Reddy and Fourcan have e-bikes, and one is solar powered. Their goal is to collect comparative data to see how solar power keeps the e-bike’s battery charged. They are sponsored by a number of companies and wear their logos on their jerseys. Some of the companies include Mitsubishi Power, Oriden and Door Dash.

In the past five years, Reddy has done similar solar bike rides in India, France and California. He met Fourcan on a solar bike ride in Iceland, and they teamed up for the U.S. tour.

Reddy says he’s been “pleasantly surprised with the bike infrastructure in the U.S. There are so many nice trails. Even in the cities, it’s bike friendly, it was good for most parts I would say there were some instances where we have to be careful with the motors on the road.”

For more information and updates on Reddy and Fourcan’s journey, visit The SunPedal Ride sunpedalride.com.