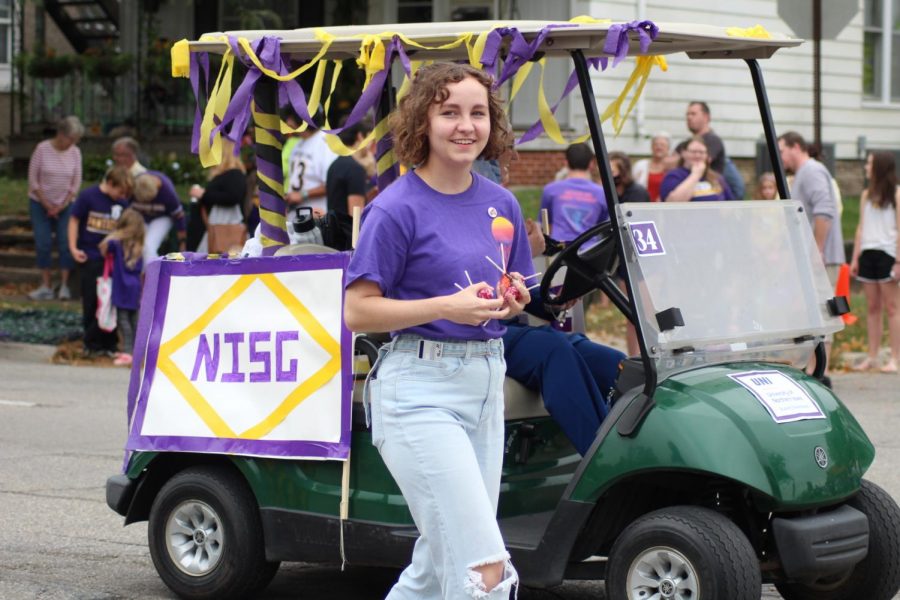 Student Body President Samantha Bennett returned to the weekly Senate meetings after a couple of weeks being absent. She emphasized the importance of mental health and taking a break for self care in her report.

The weekly meeting began with a sight not seen in a pair of weeks, Student Body President Samantha Bennett made her return to the public NISG arena for her presidential report. She began her remarks with heartfelt sentiments for all of those involved in the organization, but her most scrutinized remarks would revolve around the issue of masks on campus.

The issuing of a cohesive student government statement led to lengthy deliberation among the settled members of student government. Many of the gathered students voiced their concerns and asked questions about the implications for this type of announcement.

As the student government is meant to speak on behalf of the entire student population, Senator Noah Hackbart asserted his reservations about the prospective statement, “There is definitely a difference of opinion throughout this university on masks. How could we take that into consideration? I wouldn’t feel right voting on this without knowing the student consensus on this issue.”

On the flip side, Director of Diversity Leila Masinovic voiced her support on the joint statement saying, “I think this is a good way for us to definitely say we stand on this ground, this what we believe in, what we want to happen. The main point of them (Board of Regents) in their job is to listen to us and what we need, not what we want.”

However, the gathered students did not come to an organized consensus and the matter was tabled for later meetings.