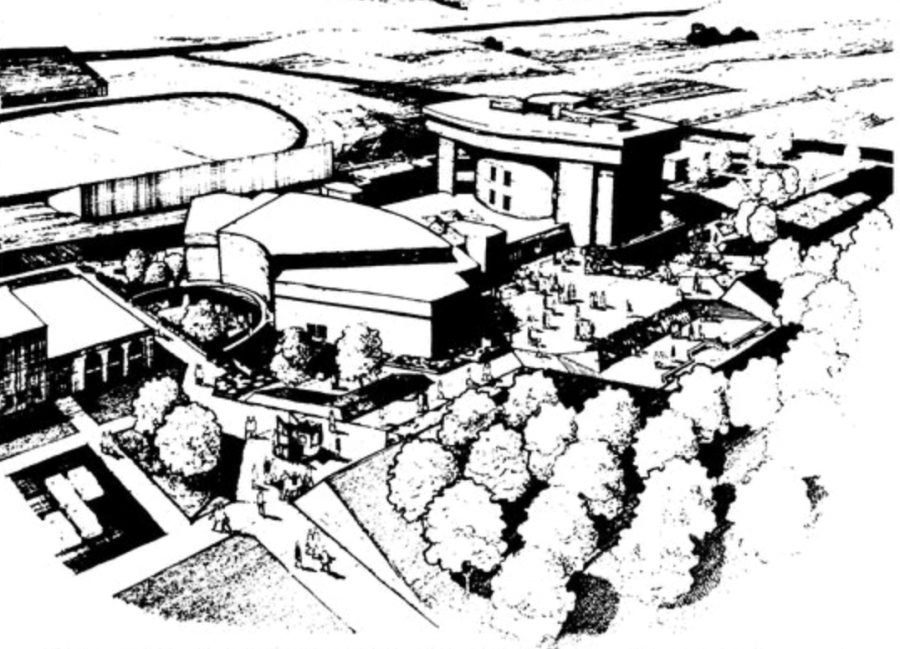 This sketch was released on May 18, 1971, during the planning of the new feature added in Schindler.

These clinics will be used by not only university students but also by children and adults from the community for specialized help, for example in the area of reading.

The construction of phase I of the Education Complex was completed in August 1972. During this phase the 6 story building now devoted to classrooms, laboratories, and offices was constructed.

Dr. Thompson said the advantage of the new Education Complex over UNI’s education facilities in the past is that now the facilities are not so scattered over the campus. The department of School Administration and Personnel, department of Curriculum and Instruction, department of Educational Psychology and Social Foundation, and the Dean of Education are all located throughout the campus in buildings such as Wright, Gilchrest, and the Music Hall. The situation then became worse when Gilchrest burned in the Spring of ‘72.

The new Education Complex, said Thompson, offers greater flexibility over the “traditional square classrooms” with its sliding partitions between classrooms of irregular shapes and varying sizes. He also said the new building has a complex media system.

This “communication system” according to Dr. Robert Hardman is the most complex television system in the state of Iowa. This system which will be fully completed the second semester of the coming school year will use television in the classrooms as a means to carry various types of media such as films, slides, video tape, and live T.V. Another use, emphasized Hardman, was that the system would also allow observation of classes in the Laboratory School via a cable.

The individual color televisions located in 56 rooms of the Education Complex are connected to control room located in the ground floor of Phase I, thereby centralizing the system.

The advantage of such a media system, said Hardman, is in the accessibility and ease of operation. Under this system the instructor could control a film shown via the T.V. by the flip of a switch, allowing him to stop the film at any desired point.

Hardman said the Education Complex hopes to eventually connect its communication system with other buildings on campus.