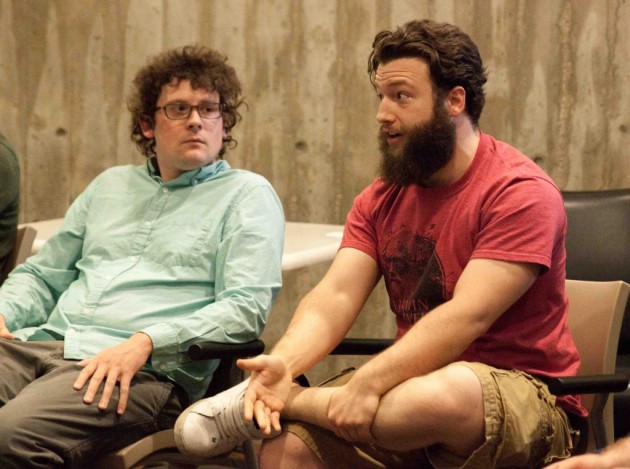 Burqas are a traditional Islamic garment worn by some Muslim women in public, typically exposing a minimal portion of the woman’s face. This attire has a tendency to carry a negative connotation in western nations as it is viewed as being oppressive towards women.

“You have countries that ban burqas, hence the name of the talk, then you have other countries where it’s required by religious law to be worn. That’s a pretty stark contrast,” said Jesse Moeller, mathematics graduate student and UNIFI’s director of PR.

The controversy over forbidding women to wear burqas is rooted in whether or not it encroaches on women’s freedom of speech. After all, not all women are forced into wearing the garment.

According to one Muslim woman in attendance during Tuesday’s event, nowhere in the Qur’an does it state that women are required to wear a burqa.

“I think that particularly because UNI has a large exchange program with Saudi Arabia, that it is a touchier subject,” said Aaron Friel, senior mathematics and computer science double major and UNIFI’s returning president.

Contrary to what some might believe, the debate on whether burqas should be banned affects many UNI students – Muslim or not.

Applegate brought up several points up about the importance of being culturally aware, especially in the world that extends beyond college.

The event’s tendency toward debate was brought about in an environment that was open to all perspectives and all opposition. From the high rates of vitamin-D deficiency seen in regions that require the burqa to interfering with a parent’s ability to make their child wear a burqa (or make their child do anything for that matter), UNIFI seemed to cover it all.

With many devil’s advocates in attendance, a position was seldom brought up without opposition.

“I think it’s important to make sure that you are somewhat surrounded by ideas and people that you disagree with. We don’t want this to be doldrum of people just repeating the same stuff over and over again,” Lode said. “That’s what’s great about something like this.”

The burqa ban discussion lasted three hours and hosted a variety of perspectives from individuals with various backgrounds, including Christians and atheists, two Muslim women, one from Saudi Arabian Muslim and a native Iowan woman that has converted to Islam — all with one common goal: intellectual stimulation.

“I want to see that people leave this university thinking fondly of the group that challenged notions that other people and other groups weren’t willing to,” Friel said.