NFL Week 7 recap: What happened to the Chiefs? 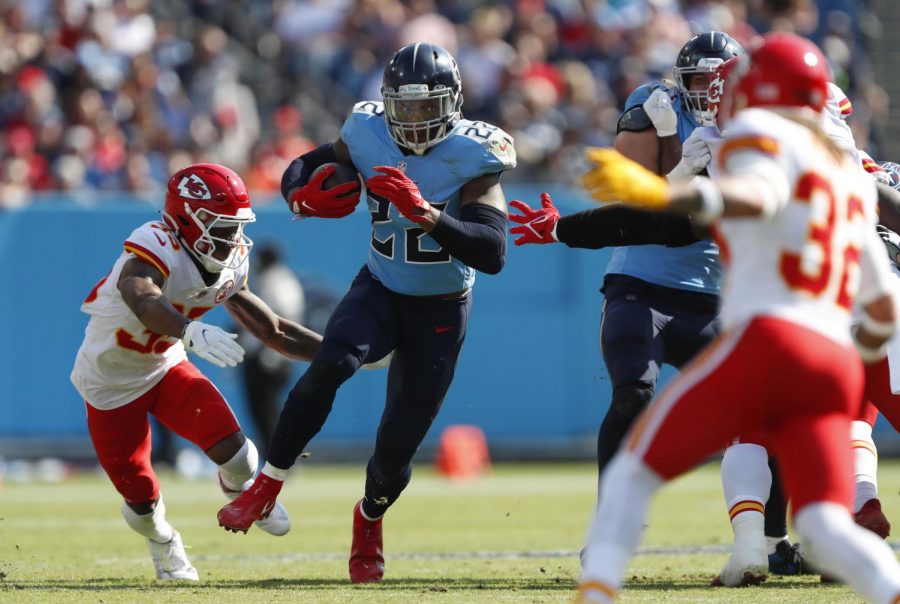 The Tennessee Titans defeated the Kansas City Chiefs 27-3 last Sunday, dropping the Chiefs to a paltry 3-4 start on the year.

With Week 7, the NFL was entering the second-third of the newly expanded 18 week season. In both good and bad ways, some team’s fates have already been virtually sealed. There’s still time to steer the ship around for those that need to, but that task only gets harder as the weeks progress. But before we get ahead of ourselves, let’s break down what happened this past weekend and see what it all means.

The week started slowly with the usual less-than-ideal Thursday night game between the Denver Broncos and Cleveland Browns. Cleveland’s Backup quarterback Case Keenum did what was expected of him by keeping the Browns alive while starter Baker Mayfield was out with a shoulder injury, which will likely sideline him for multiple weeks.

A team that wishes they had a decent backup quarterback is the New York Jets, who lost second-overall pick Zach Wilson to a sprained PCL in a humiliating 54-13 defeat to the rival New England Patriots. He’ll be out for at least 2-4 weeks. In the meantime, Mike White will start in his place. It’s another bad turn of events for a franchise that seems to be cursed.

Another team sharing in the quarterback struggle is the Carolina Panthers. The Jets shipped out Sam Darnold to the Panthers to make way for Wilson, a move that hasn’t benefited either team yet. Darnold has thrown seven interceptions in the past four games and has no offensive answers while superstar running back Christian McCaffrey has been out with injury. Rumors are starting to swirl of the Panthers making a trade for the disgraced Houston Texans quarterback Deshaun Watson, who is facing 22 civil lawsuits for sexual assault.

The Titans proved that they don’t need a quarterback as MVP-contending running back Derrick Henry threw a touchdown in a dominating 27-3 win over the Kansas City Chiefs. It was a typical day for the woeful Chiefs’ defense, but it was an unusually bad day for their offense as star quarterback Patrick Mahomes was held to the lowest amount of points in his regular-season career. The 3-4 Chiefs will take on the Giants, Packers, Raiders and Cowboys in the next four weeks. Things will need to change quickly or else a dramatic shakeup will be inevitable.

While Derrick Henry’s pass was cool, the Titans have never been a team to score in style. Two other teams that haven’t been doing that as well are the Los Angeles Rams and Green Bay Packers. It hasn’t seemed to matter, as they both sit 6-1 and in guaranteed playoff spots. The Packers have had an easy schedule up until this point, so it will be interesting to see how they perform when they travel to the undefeated Arizona Cardinals this Thursday night.

The Saints and Seahawks capped off the week with a rain-soaked Monday night game involving numerous blunders. Seattle lost their third straight game for the first time in 10 years, and are winless at home over three games, the first time that’s happened in over 30 years. Quarterback Russell Wilson will come back sometime in November, but it looks like it will be too little too late. With the midseason point in the season approaching, teams are starting to really find out what their directions will be moving forward.