What ever happened to winning? An analysis on tanking 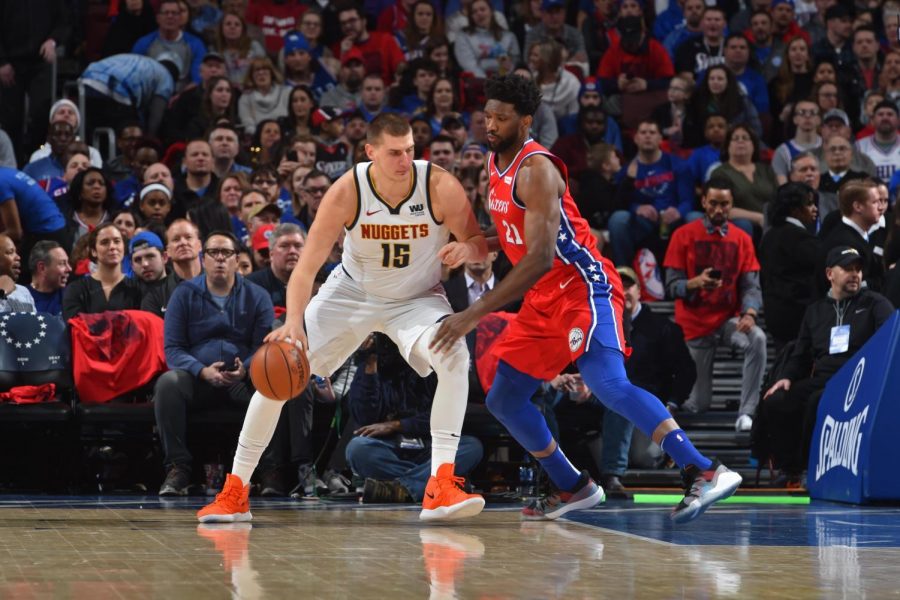 Nikola Jokic (No. 15) and Joel Embild (No. 21) are examples of pros and cons of tanking in the NBA. Jokic was little-known and taken in the second round by the Denver Nuggets back in 2016, but won the NBA MVP last season. Emblid was an integral part of the Philadelphia 76er's tanking measures that they began back in 2013 and has been an All-Star caliber player ever since.

A championship is the highest goal in any sport. However, what makes a championship so great is that there is only one champion each year. What about the other teams? Well, some may come close and hope to make that one change that would get them the trophy next year. Others are bad for now and know it. But what about the teams that are in the middle, that barely get to the playoffs but cannot seem to improve enough to contend?

If you read articles by many sports experts, they will tell you there are only two phases a team should be in: contending for a championship or tanking. Mediocrity is bad and should be avoided. However, I disagree, and I will explain why.

First, a definition of tanking is in order. I will focus on the NBA in this article, but tanking varies across sports. In the NBA, there are two main types of tanking. A team may have young and inexperienced players that are given a lot of minutes to develop and eventually improve to start winning at a higher rate. The other type of tanking is doing whatever it takes to lose as many games as possible to earn higher draft picks. A team may trade away all of its best players for draft picks and overpaid players. I will focus on this second kind of tanking.

The most famous example of tanking in the NBA was called “The Process.” In 2013, the Philadelphia 76ers traded away most of their best players. Over the next four seasons, they averaged 18.8 wins per season and had top five picks all four of those years plus a boatload of other draft picks. Some of these picks turned into star players like Joel Embiid and Ben Simmons. Since then, the 76ers averaged 48.8 wins and made the playoffs each year. So was “The Process” a success? Well, the 76ers have not made it past the second round of the playoffs since 2001, and of those many draft picks, only three remain on the roster, including one who has not played this year because he demanded a trade. It sounds like mediocrity, doesn’t it?

There are several reasons why being mediocre is better than being the worst team just to get higher draft picks. For one thing, there is a chance to win a championship if a team makes the playoffs, while missing gives a team a zero percent chance. Also, high draft picks are not always better than later picks. The last number one overall pick to win MVP besides Lebron James was Derrick Rose, who was drafted in 2008. Of the last 10 MVP awards, half were given to players taken after the top five. Last year’s MVP, Nikola Jokic, was drafted in the second round. So, mediocre teams have a chance to get good players too.

This year, the Oklahoma City Thunder traded for Kemba Walker and two draft picks. They then waived Walker, who signed with the New York Knicks. The Thunder are paying Walker over $25 million to play for another team. What happened to winning?