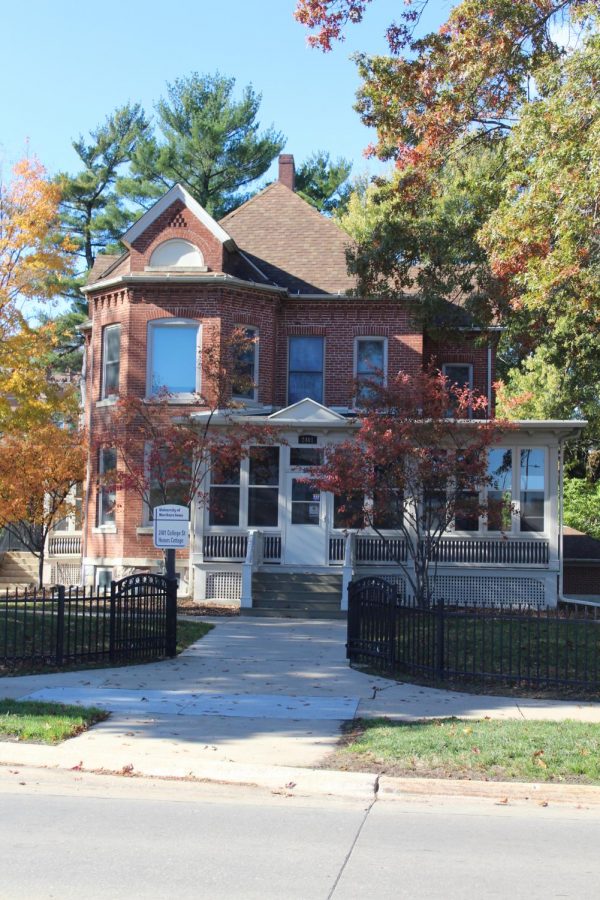 The Honors Cottage (above) has been requested by UNI to be demolished.

The Board of Regents (BOR), the governing body for the three public universities in Iowa, is meeting on UNI’s campus on Nov. 3-4 in the Commons Slife Ballroom to discuss various requests and proposals by universities, review reports and hear from student representatives.

Significant proposals to the BOR from UNI include a $4.9 million project to replace the Innovative Teaching and Technology Center’s (ITTC)roof as well as a proposal to raze the Honors Cottage and Alumni House in order to save $1.6 million in deferred maintenance funding. According to the proposal, the $269,000 cost to raze both houses would be funded through university funds.

The main concern cited in the request to the BOR was maintenance costs and the layouts of the houses not being ADA-compliant. The document also notes, “Both are located along primary access to UNI’s central campus, so aesthetically, removing these houses would enhance the overall appearance of UNI’s campus and improve the campus experience of students, faculty, staff and the public.”

If the Board of Regents approves the proposal, both houses will be demolished, foundations and utilities removed and basements filled. The ground would then be seeded for grass, and trees would be planted.

Honors student Kellen Schmidt was surprised to learn the university’s proposal to demolish both houses.

“Sure it could use renovations, but I think that demolishing it entirely is a little bit drastic. Plus it’s a pretty unique space to have on campus,” Schmidt said. “I know of a lot of people personally that like to study in the Honors Cottage. It’s kind of a cozy place to go if you are in the honors program. I think just having lost that space would definitely affect some people.”

“I just can’t imagine this decision going over very well with students,” Schmidt continued. “Especially considering they are not going to be using the space for anything else. I like the Honors Cottage. I think it should stay.”

The additional proposal on the agenda from the university is a project to replace the ITTC’s existing “sloped clay tile roof with a lighter weight roofing system, replace the rubber roof on the original gym building, replace the deteriorated roof structure and install new fall protection and roof safety equipment.” The project would also fix water infiltration issues regarding the east side of the building.

The proposal notes the clay tile roof has caused the roof structure to deteriorate which has resulted in holes in the roofing which are causing damage to structural support rafters.

The amount requested by the university for the project is $4.9 million with $608,720 allotted for planning, design and management, $3.9 million for construction and $402,380 in contingency funds. The source of funds will be from the General Fund and Building Repair Fund. If approved, construction would begin in May 2022 and end in August 2023.