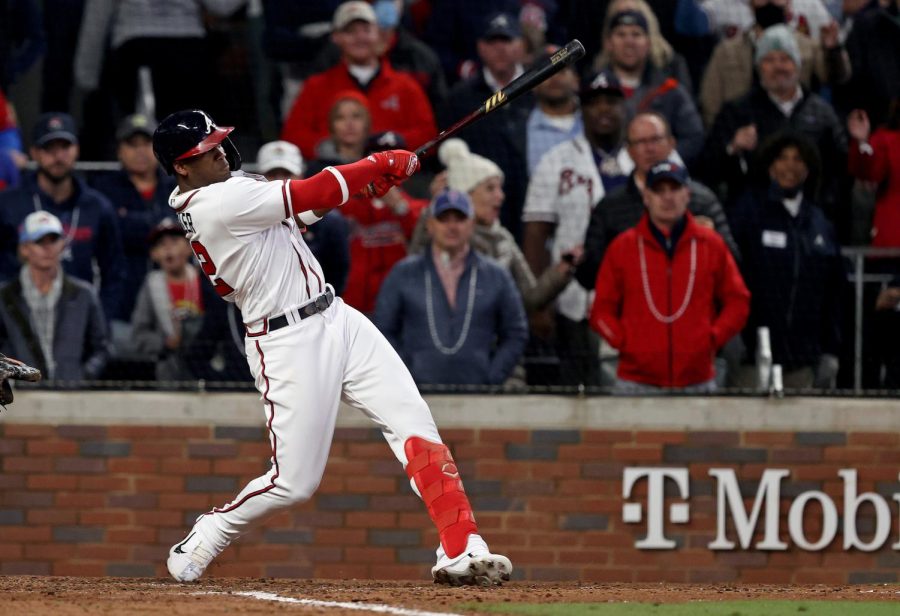 For the fourth time in franchise history and the first time since 1995, the Atlanta Braves are baseball’s world champions. They secured that title Tuesday night when they defeated the Houston Astros 7-0 in game six, winning the series four games to two.

The Astros hosted the opening two games of the series at Minute Maid Park. The Atlanta offense came ready to play as Jorge Soler led off the series with a solo home run to left field. The Braves scored one more run in the top of the first, one in the second and two more in the third to take a 5-0 lead after three innings. They held on to win 6-2.

In an unbelievable showing of toughness, Braves starting pitcher Charlie Morton stayed in the game after taking a line drive to the leg. He threw 16 more pitches, getting all three batters out including two strikeouts, before leaving the game for good. X-rays after the game found that he had a fibular fracture in his right leg.

Houston bounced back in a big way in the second game of the series. Tied 1-1 in the bottom of the second, the Astros went on a hot streak, scoring four runs in the inning to take a 5-2 lead. Solid pitching allowed the Astros to hang on the rest of the way, taking the 7-2 win and tying the series at a game apiece.

The series moved to Atlanta’s Truist Park for games three, four and five, the first World Series games ever at the stadium the Braves have called home since 2017. The pitching was the story for the Braves who held a combined no-hitter into the eighth inning. Starter Ian Anderson pitched five shutout innings, followed by four other pitchers each pitching one shutout inning, giving Atlanta the 2-0 win.

Game four was another low scoring affair. Houston led 2-1 going into the bottom of the seventh, but back-to-back solo home runs by Dansby Swanson and Soler gave Atlanta a 3-2 win, giving them a 3-1 lead in the series.

Game five of the series was a much higher scoring game. Adam Duvall hit a grand slam in the bottom of the first to give Atlanta an early 4-0 lead. However, the Astros offense bounced back, scoring two runs in both the second and third innings, three in the fifth and one more in both the seventh and eighth to force a sixth game with a 9-5 victory.

The sixth and final game was back in Houston, and Soler continued his monster series when he hit a three-run home run, his third bomb of the series, to give Atlanta a 3-0 lead in the third inning. Dominant pitching as well as some more offense allowed the Braves to clinch their first World Series championship since 1995. In an unsurprising move given his dominant performance throughout the series, Soler was chosen as the World Series Most Valuable Player.