Panthers upset by Redbirds in overtime, 17-10 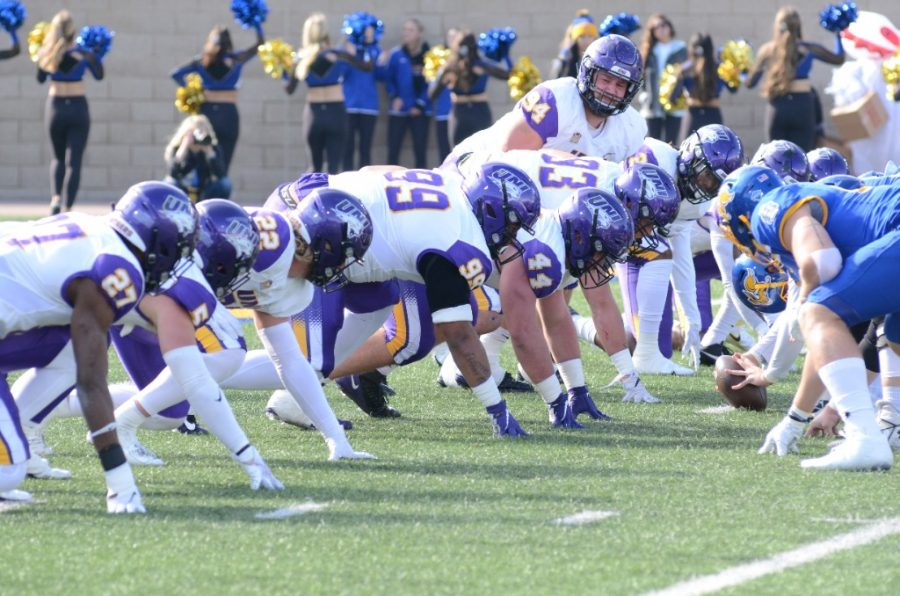 Following two big wins against FCS top-10 teams, the Panthers fell short on the road in overtime to Illinois State by the score of 17-10.

This weekend saw the UNI Panther football team travel to Normal, Ill. to take on the Redbirds of Illinois State. This game was the first of a two-game away scratch against Missouri Valley Conference opponents. Coming into this matchup, UNI and ISU were sitting with inverse records at 5-3 and 3-5, respectively. And despite coming in with the better record (both overall and in-conference), and being ranked 13th in the FCS standings, the Panthers were unable to take care of business, dropping to Illinois State in overtime in a low-scoring affair, 17-10.

It was a punting contest to start the game as UNI and ISU both went four-and-out on several occasions without picking up much yardage. ISU’s defense picked up the slack as they intercepted Panther quarterback Theo Day and returned it for a touchdown with 4:35 left in the first quarter.

UNI wasn’t able to take back the momentum immediately after. Their offensive struggles continued into the second quarter, and they ended up punting it out on each drive in the first half. Illinois State’s offense didn’t fare much better, but they were able to come away with a field goal as time expired, extending their lead to ten points.

The third quarter was one to forget for both offenses. Neither team was able to enter the opposition’s red zone, and every drive ended in a punt.

Better late than never, UNI’s offense was able to put some points on the board in their first drive of the fourth quarter. The drive started at their 38-yard line, and Day was able to keep it alive on multiple occasions with a few scramble rushes. Eventually, they got down to the Redbird red zone, settling for a field goal by Matthew Cook.

A few punts between the two teams occurred after that. That is until four minutes were left in regulation when Day was able to connect with wide receiver Isaiah Weston on a 60-yard pass. Weston was injured on the play and had to come out as UNI was now on the Redbird doorstep with time running scarce. Day made sure Weston’s catch was not in vain, as he completed a four-yard touchdown pass to redshirt sophomore running back Sam Schnee. Cook converted the extra point, tying the game up. Each team had one more drive to take the win, but both came up short.

ISU had the first possession of overtime, and it only took them two plays to score a touchdown on a 27-yard pass. UNI tried to answer back with their running game, as Bradrick Shaw rushed it five consecutive times. The final two plays were pass attempts by Day, but both were incomplete. Unable to answer back, overtime concluded with Illinois State as the victors.

UNI’s loss stung even more considering they beat the Redbirds in nearly every offensive statistic, with close to twice as many total yards (315 v. 164) and first downs (13 v. 6).

The Panthers will have a chance to come away from this road trip with at least one win as they take on No. 17 Missouri State next Saturday. UNI leads the series between the two teams 35-6 but lost in their last matchup 13-6 back in March.