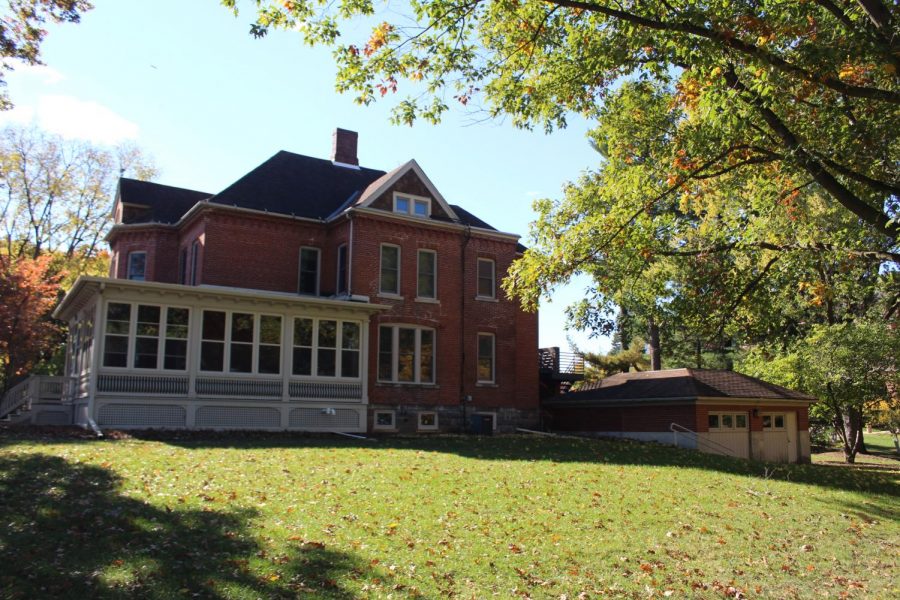 The Honors Cottage and Alumni House (above) has been saved from demolition for now.

Proposal can be reintroduced at future Board of Regents meeting

The most historic buildings on UNI’s campus will live to see another day as the Board of Regents (BOR) did not approve the demolition of the Honors Cottage and Alumni House at their meeting Nov. 4. The university proposed razing both buildings in the BOR meeting in an effort to save on maintenance costs. Both houses are in need of renovations and updates as a result of their age. The proposal recommended the buildings be demolished with trees and grass planted over the area where they once stood. However, according to the BOR Senior Communications Director Josh Lehman, the project is not completely withdrawn. The proposal has been tabled and can still be brought back to the BOR for consideration at their future meeting in February.

BOR member David Barker said, “There are some areas at UNI that have a surplus of space, but also areas that need additional space. I feel like I’d like to learn more about what the overall space situation is like here at UNI and what the larger plan is before we start demolishing these structures, particularly structures with some historical significance. I don’t have a purpose for them in mind yet, but I would like to have additional study to see if there is use for these buildings.”

Discussion of what the two houses could be used for was also discussed. “As we learned yesterday, students need places that feel like home,” BOR member Barker said. “Perhaps these structures could serve and function like that.”

Concerns about the historical significance of the buildings continued to be raised, as the Honors Cottage is the oldest standing building remaining on campus built in 1890 originally built for the university president and family.

The Seerley family lived in the house for a number of years until the cottage was opened as a hospital for students in 1909. In 1926 it was renovated for the Department of Teaching and the Extension Service to focus on child study and parent education. In 1928 President Seerley moved back into the house for retirement with his wife Clara Twaddle Seerley after extensive remodeling. By the fall semester of 1935, Dean of the Faculty Martin J. Nelson and his family had moved into the house along with their children and two English bulldogs, Queenie and Queenie II. In 1959 Vice President William C. Lang and his family moved into the house. In February 1971 the building was reopened as the ethnic Minorities Cultural and Educational Center. With the Center for Multicultural Education moving to Maucker Union in 2004, the Honors Program moved into the building making it their headquarters.

The Alumni House was built in 1906 on campus intended to be the home for the Superintendent of Buildings and Grounds. Two superintendents occupied the house until 1953 when the building was remodeled for the Department of Home Economics, which was used by the department from 1954-1984 as a laboratory. Registered students could live in the house for a part of a semester during this time. The Office of Development and the UNI Foundation moved into the building in 1984, and after renovations International Services as well as the Admissions Office took the house as their headquarters in 1997. The Office of Alumni Relations moved into the building in 2005, and the house is still headquarters for alumni relations.