‘Theatre is not going anywhere’ 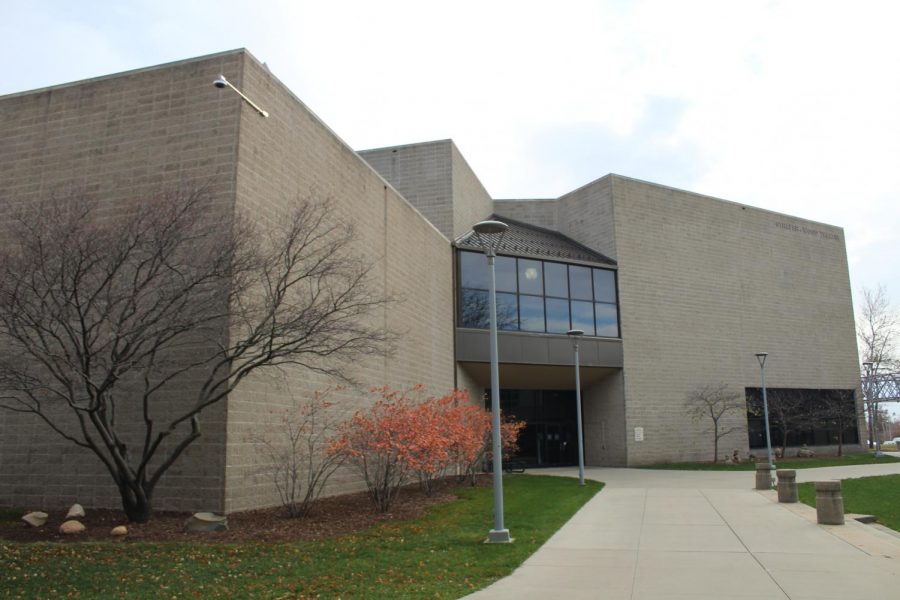 The theatre department is facing limited resources, but the department will not experience closure.

To begin the meeting, Provost José Herrera assured that the theatre department would not face closure. “Theatre is not going anywhere,” Herrera said. “I want to make sure everyone understands that theatre is a very important part of what UNI does and is. We absolutely are going through some financial stressors, but just about every other department is going through financial stresses.”

Herrera also emphasized the importance of attracting new students to the program and working together to find innovative and flexible ways to assist the theatre department through the fiscal challenges faced by the department.

“I’m a little bit worried, and that’s the reason I called this meeting,” Herrera said. “We want more students to be interested in theatre. We want families to see UNI where theatre is thriving.”

“We are acting like we are operating at 100% with two fewer people than we were before the pandemic. It’s all hands on deck. We love this work so much and we will do whatever we have to do. We will beat our brains out until we get it done. But it’s not sustainable. We can’t operate with four, five people when we used to have eleven people. We can’t do that.”

Schmaltz also noted the theatre department’s enrollment has grown in past years compared to some other departments.

“Our numbers continue to grow but our faculty numbers are dwindling,” Schmaltz said. “The resources we have are dwindling. So that’s where our concern is. Not even this year, but next year and two years down the line.”

Herrera cited limited funding as a reason for resource shortages. In addition to theatre, departments such as construction management, social work and music have also been struggling financially.

“We are going through a difficult period in our financial forecasting for FY23 (fiscal year for 2023),” Herrera said. “Right now I have all kinds of chairs, all kinds of deans asking ‘can I have another position’ or ‘can I have two more positions?’ And the answer is I don’t know because I don’t want to spend money I don’t have.”

Herrera emphasized it would be necessary for the theatre department and other departments to be innovative and creative with the resources UNI is able to provide.

“Provosts have to be mindful of the institution. The institution is the ship that holds all these departments and holds all of these faculty and tries to get them to feel fulfilled in their discipline. It’s hard to do when the resources are shrinking,” Herrera said.

Theatre Department Head Eric Lange acknowledged the theatre department would be willing to be innovative with their resources. “We can be creative, and we can keep things going and we can find the path that supports students. That’s at the top of everyone’s mind. The difficulties in the short term is just knowing there are holes that there is no immediate plan for.”

Lange continued, “There has been a lot of frustration expressed. Right now those holes that need to be filled seem numerous. But, what holes do you fill first?”

Schmaltz brought up concerns about cutting back programs that could theoretically be brought back in the future.

The positive reputation of TheatreUNI was addressed, and the unique programs offered by the department were emphasized as a major recruitment tool. UNI hosted the Iowa Thespian Festival which occurred Nov. 12-13 which brought 700 high school theatre students to campus, many of whom have expressed interest in attending UNI.

“The (high school students) were so excited about college and about maybe getting into the program,” Schmaltz said. “It feels a little icky though telling people to come into the department. We don’t know if these certain tracks, which are the lucrative tracks for people, such as Drama and Theatre for Youth or the Communication-Theatre-Teaching degree, will continue to exist at least in the versions that we know them as currently in the future. So that was a little twinge. But still, we have great opportunities for theatre teachers. That’s what sets UNI apart from Drake or Simpson or ISU or Iowa.”

“I had so many questions from students who stopped and said, ‘we appreciate everything you are doing and we can’t wait to look into UNI and wear that purple shirt someday.’ The work we are doing is important. So to hear that it just pushes further for why we are fighting for this because we want students to be able to be in the positions we are in.”

Herrera acknowledged the students’ concerns and emphasized administration was there to help in any way possible.

“We want to create a theatre for the next decade. It’s very important that the students come to the table and tell us the gaps,” he said.

UNI Chief of Staff Andrew Morse concluded the meeting by noting the importance of everyone working together and coming up with solutions.

“I think each one of us students, staff and faculty alike care deeply about the experience of our students and the quality of the education they get. I think that’s what we are commonly fighting for across disciplines,” Morse said. “We need to remember we are all fighting for the same thing here. That’s really important and I want to convey that. It’s important that we continue working together.”