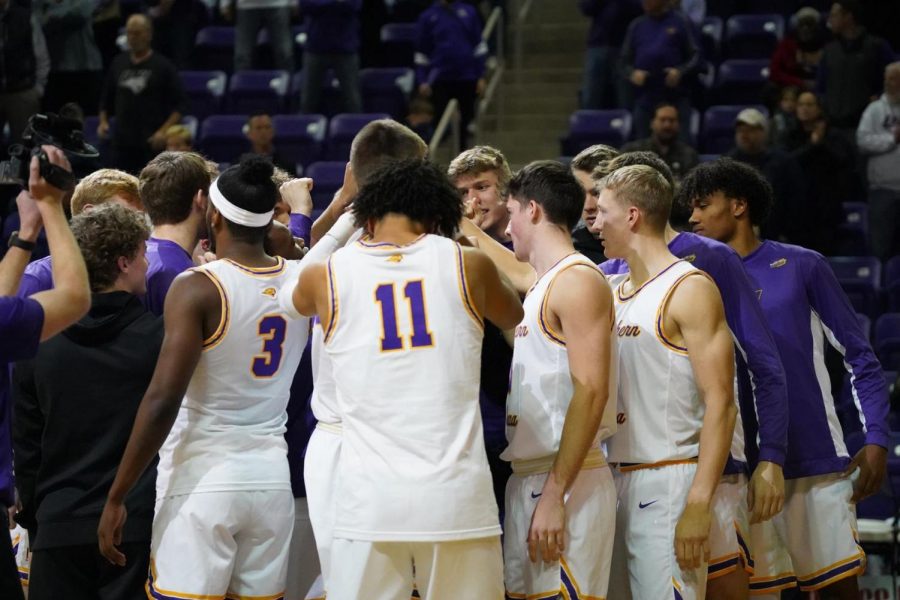 The Panthers knocked off the 16th-ranked St. Bonaventure on the road by the score of 90-80 last Saturday in Olean, N.Y.

The Northern Iowa men’s basketball team traveled to Olean, N.Y. for a continuation of their non-conference slate of games to begin the season, taking on the No. 16 nationally-ranked St. Bonaventure Bonnies. UNI was coming off of a loss on the road to nationally-ranked Arkansas in their prior game, and their opponents in this contest were favored by as many as ten points. However, a lights-out shooting performance from A.J. Green led UNI to the 90-80 road upset last Saturday.

Much of the first half was a back-and-forth affair between the two talented squads. With St. Bonaventure leading 33-30 and about three minutes remaining in the first half, Green took over the game. He knocked down five consecutive three-pointers, as well as knocking in two free throws en route to scoring 17 consecutive points for the Panthers. UNI then took the 47-34 lead into the halftime locker room following the stellar shooting performance from the Panther star.

Northern Iowa added to their lead in the second half, opening up a 19-point advantage at one point. However, the Bonnies showed why they have received the attention of national pollsters, and rallied back to tie the contest at 62 apiece, capped off by a fast break dunk by Jalen Adaway. UNI kept their cool in response to the Bonnie rally, and who else but Green made a three pointer out of the timeout to put UNI back in front 65-62. The Panther men would not rescind the lead for the rest of the game, and held of the home squad for the ten point, 90-80 victory. The win was UNI’s first victory against a ranked opponent since December of 2019, when they defeated 23rd-ranked Colorado in Boulder.

Green looked much like the same player that won the MVC player of the year two years ago. He led the team with 35 points on 11-18 shooting and nine made three-pointers. Guard Nate Heise and big man Austin Phyfe also had solid games, both chipping in 15 points apiece.

The Panthers shot a lights-out 51.6% from the field and 48.4% from the field as a team, in opposition to the 42.2% and 38.7% for the Bonnies. Notably, St. Bonaventure only used seven players in the contest and received no points fro the two bench players. The five starters averaged 38.4 minutes in the entire 40 minute game.

Up next, the Panthers will hit the road again for their MVC opener in Peoria, Ill. against Bradley on Wednesday, Dec. 1. They will then return to non-conference play against the University of Richmond on Sunday, Dec. 5 in the McLeod Center.