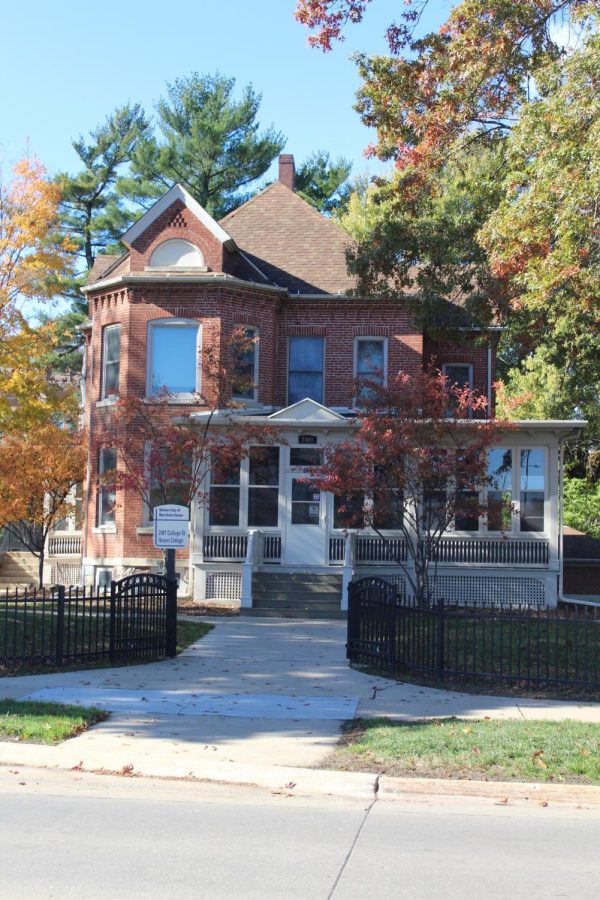 Honors Cottage and Alumni House still in danger of demolition

“Who in the heck knows what the Honors House is?” Beach said in the public forum hearing, acknowledging most people in the community may be unfamiliar with the name of the building. “But most of you know what the Seerley House is, and it’s been there since 1890. Now the university wants to take it down. It’s a beautiful house, and it’s a great spot. To tear that building down on the campus at UNI is an absolutely terrible thing to think about.”

The historical significance of the Honors Cottage, or the Seerley House as many community members know it, is the oldest building on campus and has been utilized by UNI as a house for UNI’s second president Homer Seerley, a hospital for students, and was the home of the Ethnic Minorities Cultural and Educational Center (now known as the Center for Multicultural Education) for about 30 years.

The Board of Regents (BOR), the governing body of the three regent Iowa universities, tabled the proposal for the demolitions on Nov. 4 with a vote of 8-1, however the proposal will be on the agenda for their upcoming meeting Feb. 24. This has many historical preservation activists on edge – including Beach who served as the first Executive Director of the Cedar Falls Historical Society from 1980-1993.

Senior Vice President for Finance and Operations Michael Hager spoke at the BOR meeting in November, stating if the Honors Cottage and Alumni House were to be demolished the site would be utilized as green space, or a possible future building site.

“Given the historical nature of the campus we would want to be careful with that given this is the original tract of land that was the old orphans home that became the Iowa State Normal School back in the day,” Hager said. “So we’d want to make sure anything we would build there would match the architecture of the other eight buildings that are over 100 years old.”

BOR member David Barker in particular expressed hesitation voting to demolish the two buildings stating, “There are some areas at UNI that have a surplus of space, but also areas that need additional space. I feel like I’d like to learn more about what the overall space situation is like here at UNI and what the larger plan is before we start demolishing these structures, particularly structures with some historical significance.”

He added, “I can certainly see myself voting to demolish them if we don’t or can’t find a use for them.”

BOR member Milt Dakovich listed the issues with maintaining the buildings. “They are underutilized, ADA non compliant, they have asbestos, and they have electrical needs.”

He continued, “There are buildings of historical significance in some fashion in campuses all over this country and they’re difficult decisions to make but the decisions need to be made. There is ongoing maintenance for these building that will continue until they serve no purpose. He also noted the importance of green spaces on university campuses and the value of a possible future building site.

History professor Tom Connors emphasizes how both the Honors Cottage and Alumni House have good potential uses for students.

Connors and Beach have both expressed frustration and confusion regarding the deferred funding referenced by the university justifying the demolition of both buildings.

“(Administration) is talking about being ADA compliant, which means they’re talking about adding an elevator shaft and an elevator to get to the three rooms on the second floor,” Connors said. “I don’t think that’s necessary, and it is certainly not necessary in a historical building – especially to get to just two or three offices. But it does allow you to run up the price and look like you can’t afford to save them.”

Beach added, “I think what the university does is they don’t take care of the buildings they know they want to demolish in the future, so they let them fall into disrepair.”

Connors acknowledged the low funding UNI is currently experiencing, however he notes that with UNI’s 150th anniversary coming up in four years, demolishing two historical buildings would not be a good look for the university.

“We’re trying to cut costs wherever we can without firing people and hurting ourselves more,” Connors said. “That’s not the administration’s fault, it’s our legislature that’s about to launch a surge on the war on education – particularly the college level – so I understand they are trying to do the best they can.”

The Cedar Falls Historic Preservation Commission held a meeting in December and discussed submitting the Honors Cottage to the “2022 Most Endangered Properties” list to get the house saved.These plans were put on hold by Cedar Falls’ mayor Rob Greene who stated, “I’ve obtained UNI’s input regarding this application request, and they shared their significant concerns about the cost and value of preserving the Honors Cottage. Based on this perspective, I have decided that other approaches should be pursued rather than this application for inclusion of this property on the Preservation Iowa List of Endangered Properties.” Additionally, there is talk about possibly turning the buildings into rentals.

“If we wanted to save these and if we wanted to get creative we could,” Connors said. “I hope there is enough push back from the community to get this changed.”