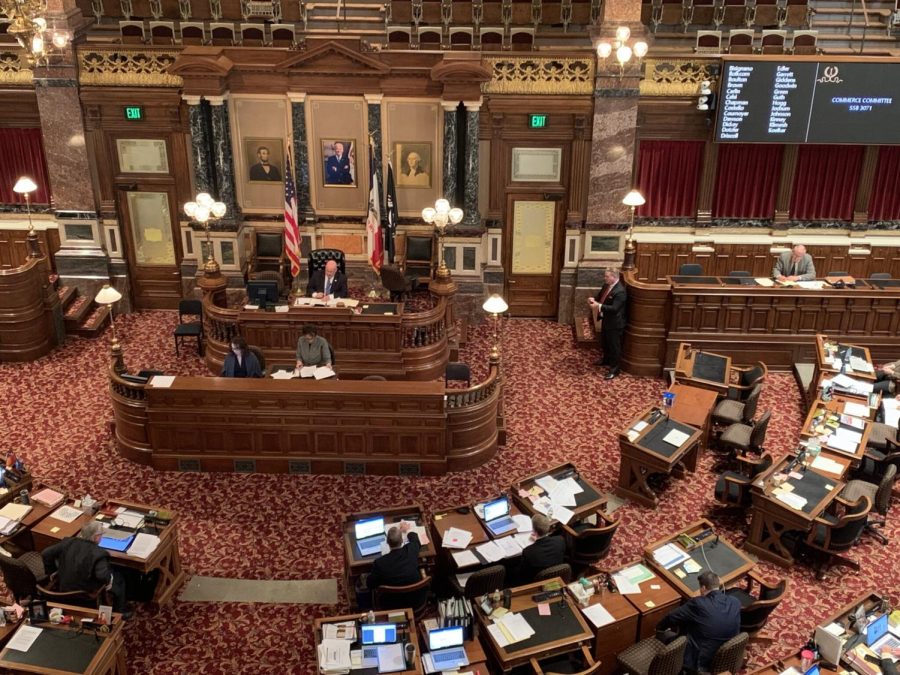 Senate File 2198 will move to create a penalty for teachers who provide "obscene material" or "hard-core-pornography" in libraries classrooms.

A state Senate committee has toughened proposed criminal penalties for educators in legislation aimed at “obscene” material and “hard-core pornography” in classrooms and school libraries.

Senate File 2198 was approved Wednesday by the Senate Judiciary Committee. The move means the bill will meet this week’s committee deadline for policy bills.

The bill would create a criminal penalty for teachers or school officials who provide “obscene material” or “hard-core pornography” in school libraries or require such materials to be used in class.

“This bill is about giving parents some power to be able to say what is wrong and what … they find is inappropriate that’s being taught in the classroom,” committee chairman Sen. Brad Zaun, R-Urbandale, said.

Zaun praised Iowa educators, saying 99.5% are “great teachers.” He said the bill “would not put teachers into jail.”

“But we’ve got some teachers that have taken it upon themselves, without parental consent, to teach what I think is disgusting, pornographic material,” he said.

Sen.  Tony Bisignano, D-Des Moines, defended books that have been challenged as obscene, that he said could give some children a sense of themselves or their sexuality that they wouldn’t get at home. “And the schools are filling these niches because parents aren’t doing it or they’re setting a bad example,” he said.

Bisignano also disagreed with Zaun that the bill won’t throw teachers in jail. “… There is a jail sentence to it. It ain’t a slap on the wrist, it’s two years,” Bisignano said.

Zaun said the increased penalty conforms to a 2019 bill that would impose similar penalties on parents who give pornography to their children.

The bill, originally proposed by Senate President Jake Chapman, is now eligible for debate on the Senate floor. Lawmakers are also still considering legislation originally proposed by Gov. Kim Reynolds, which would increase reporting requirements about school curricula and library contents but would not impose criminal penalties.