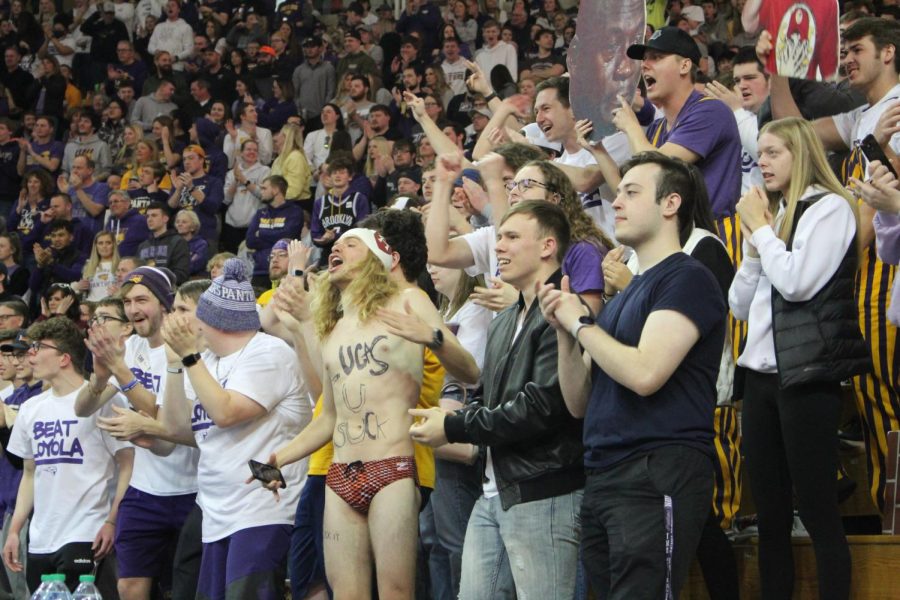 Going into the Missouri Valley Conference (MVC)schedule, UNI looked to be in danger of a disappointing season. They had lost seven of their first 11 games entering play in one of the toughest mid-major conferences in the country. Instead of disappointment, UNI fans were treated to a Panther squad that won 14 of their last 17 games to clinch their second MVC regular season championship in three years, capped off with a nationally televised overtime thriller over a team that made the Sweet 16 last season.

Before getting a chance to play for the conference crown, UNI had to take care of business on the road. Traveling to Hulman Center in Terre Haute, Ind. for a matchup with an Indiana State Sycamore team that took them to overtime the first time they met this year. The Sycamores gave UNI everything they had, but the Panthers ultimately pulled it out, 88-82.

The game was stop-and-go, back-and-forth the entire way. Everytime UNI appeared to be getting the slightest separation, ISU came right back at them to tie the game. An mid-range jumper from Cameron Henry gave the Sycamores a one-point edge over the Panthers going into the half, 41-40.

Late in the game, with the Panthers leading 84-82, AJ Green hit a clutch shot to bring it back to a two-possession game. Two free throws from Bowen Born sealed the deal, and UNI got a much-needed win, 88-82.

Green, who never left the game throughout the entire 40 minutes, led the way with 21 points. Noah Carter was close behind with 19, and Trae Berhow pitched in 12. Carter also grabbed a team-high six rebounds.

This victory set up a rematch with the Loyola Chicago Ramblers, this time in the McLeod Center and this time with the MVC regular season title on the line. Earlier this year when the teams met in Chicago, the Ramblers had their way with UNI, getting an 85-58 victory.

UNI got off to a great start, scoring nine of the first 11 to take a 9-2 lead. Loyola would then score six straight to get within one. This would be the story of the first half. Loyola refused to go away, and ultimately tied the game at 46 going into the break.

The Ramblers had the upper hand for much of the second half, leading by as many as nine with 12 minutes to play in regulation. The Panthers chipped away at the deficit and with five minutes to play Green hit a jumper to tie the game.

With just under a minute on the clock, Lucas Williamson hit two free throws to give the Ramblers a two point advantage. On the other end, Green hit a clutch jumper from the paint through contact to tie the game at 87. He couldn’t knock down the free throw, and Loyola couldn’t score on the other end, sending the game to overtime.

Green was huge in overtime, scoring UNI’s first five points of the extra session. Leading by four with a minute to play, Born hit the dagger, draining a deep three from the left wing several feet behind the line.

Some free throws iced the game, and UNI won a conference title with a 102-96 victory.

Green led the way for UNI with a game-high 32 points. Carter also had a great day, finishing with 24 points after being held to two when these teams met earlier this year. Born was fantastic in 35 minutes of action off of the bench, pitching in 20 points including the dagger late in overtime.

“We never once doubted what we were capable of doing,” said head coach Ben Jacobson after the game when asked about how this felt considering the slow start to the season. “Not one time. We had to get healthy.”

With the victory, UNI closes the regular season at 18-10, 14-4 in the MVC. They will have the number one seed in the MVC Tournament in St. Louis, and in all likelihood will have to win the tournament and get the automatic bid in order to qualify for the NCAA Tournament.