“The Batman” finds beauty in the darkness 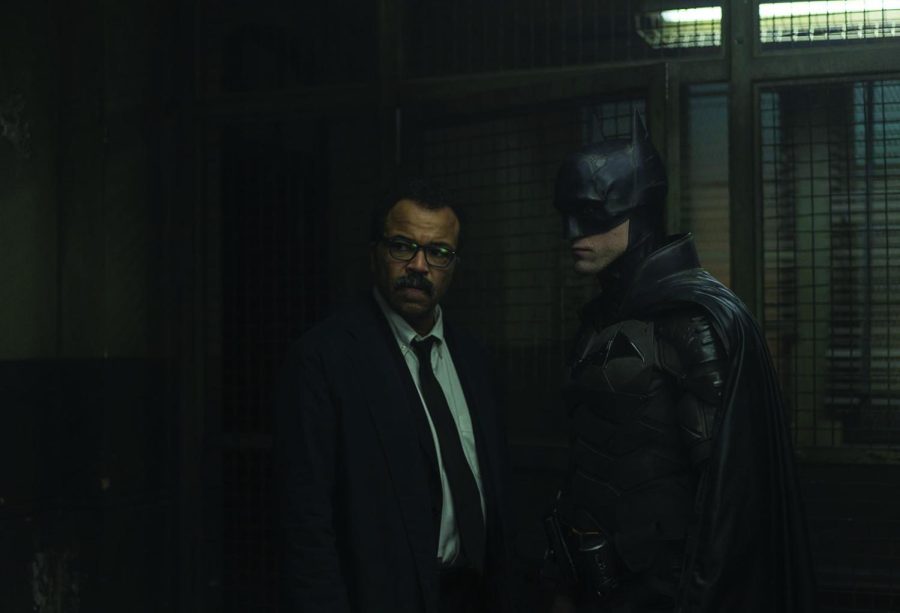 Film Critic Hunter Friesen gives "The Batman" a 4/5 and says "I'm excited to see where this story goes next."

It can be quite difficult these days to parse through the DC Cinematic Universe. While Marvel has been steady as she goes for nearly a decade and a half, DC has puttered along, shooting misfire after misfire. “Man of Steel” was certainly not the way things should have started, and neither was “Justice League” the way things should have come together. And then there’s the whole debacle around “Zack Snyder’s Justice League” (is it canon, or just a director’s cut?) and “The Suicide Squad,” which is somehow both a reboot and a sequel.

Somewhere during their productions, Warner Brothers decided they should differentiate their slate from Marvel by producing smaller-scale, filmmaker-focused films (no disrespect to Marvel, but there isn’t a single film in their universe with a clear authorial voice). First came Todd Phillips’ “Joker,” which, for better and for worse, made quite the statement. The next is Matt Reeves’ “The Batman,” which steps outside of the current cinematic universe hellscape and exists on its terms as an ultra-dark and ultra-noir-inspired thriller.

Batman has been fighting crime for close to two years now, with not much to show for it. The streets are still filled with garbage, both in the form of flesh and debris. The criminals may fear Batman, but not enough to stop committing crimes altogether. So, the endless cycle of carnage continues. That is until a new face appears on the block in the form of The Riddler, who’s brutally murdering Gotham’s top officials, and also murders their reputations by exposing their scandals to the public. As his name would suggest, the culprit leaves behind riddles addressed “To the Batman,” made to mock The Caped Crusader as he pieces together this intricately pieced puzzle.

Just like Phillips took (a little too much) inspiration from Martin Scorsese’s “Taxi Driver” and “The King of Comedy” when crafting his character study of the mentally insane for “Joker,” writer/director Matt Reeves borrows heavily from the work of David Fincher, particularly “Se7en” and “Zodiac.” The Riddler may as well be the Zodiac killer, as Paul Dano’s performance channels the character’s brilliance and insanity. The tension he builds is unparalleled and makes you feel that you’re witnessing someone who’s truly gone off the deep end.

And with a runtime just five minutes shy of three hours, “The Batman” has plenty of time to unravel its grand mystery. It’s a thickly layered plot tracing corruption back to the days of Thomas Wayne.

The best compliment that I can give any comic book movie is that even if you replace the superheroes with regular people, you still have an interesting story to tell. It’s something that Christopher Nolan was able to accomplish with his Dark Knight trilogy, as well as Sam Raimi with his Spider-Man films. Things may get lost in the shuffle from time to time here, and the ending may leave a bad taste in your mouth, but there’s a lot to love on the page.

But with Robert Pattinson as Batman, it’s hard to imagine him not in this movie, as he delivers yet another undeniable performance. Nearly every actor cast as Batman has had their fair share of naysayers, from Michael Keaton to Ben Affleck. With this role, Pattinson is finally able to show the general public his true talent, with most casual moviegoers remembering him only as the sparkly vampire from the “Twilight” series. Pattinson has always excelled at playing uncomfortable characters, with his work on “Good Time” and “The Lighthouse” being prime examples. There’s an restless edge to his version of Batman, something that’s been eating away the character’s soul after years of sleepless nights.

And in those nights, DP Greig Fraser, hot off his Oscar nomination for his work on “Dune,” crafts some immaculate imagery. Silhouettes and shadows haunt the dark city streets, with the neon lights drenched in rain providing stark contrast. This is not just one of the best-looking comic-book movies, it’s one of the best-looking movies ever. Fraser does get help from Production Designer James Chinlund, who seamlessly merges New York and Chicago architecture to make Gotham the cesspool that it is.

At its core, “The Batman” is not much of a Batman movie, and that’s what makes it so great. Reeves has taken all the familiar trappings and given them a fresh new look. It may only be March, but the bar for the rest of the films this year just got raised a bit higher. And unlike every other DC film to come out in the past couple of years, I’m excited to see where this story goes next.