The continuation of sports protest 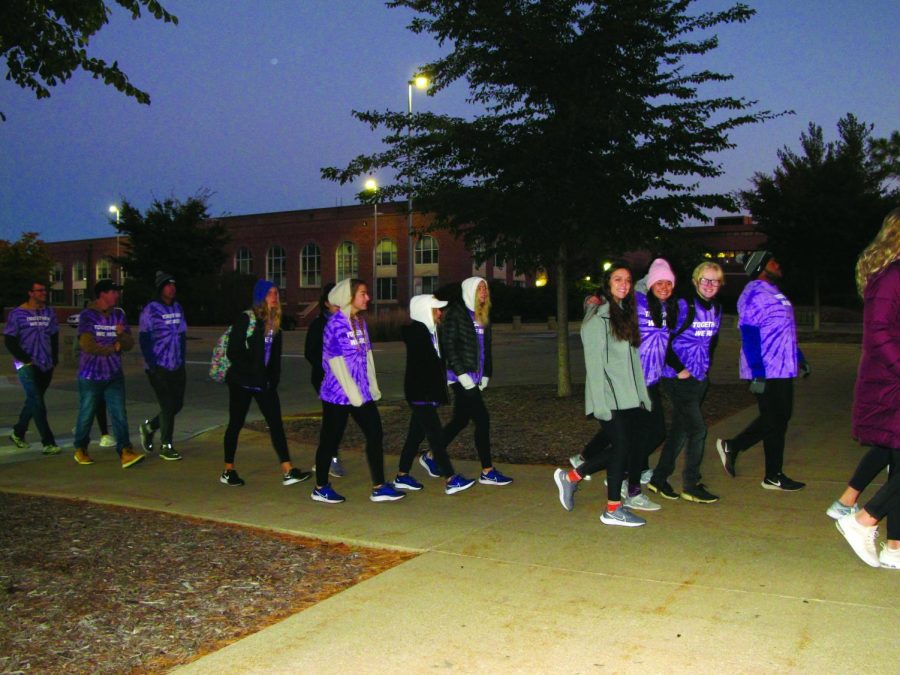 The Black athlete has been overlooked and underappreciated since the integration of Black players into professional sports in the mid-1900s. Black talent has brought competition, performance, and the complexity of sports to a higher level.

Jackie Robinson broke the color barrier in Major League Baseball, winning rookie of the year in 1947 and a six-time All-Star. After setting many track and field records, Jesse Owens went on to win four Gold Medals for the United States in the 1936 Berlin Olympics. Jerry Rice has the NFL’s “most unbeatable record in league history,” with 22,895 career receiving yards. Michael Jordan dominated the basketball court and the sneaker industry, later becoming the only African-American majority owner in major professional sports. After winning Gold in the 1960 Rome Olympics, Muhammed Ali defined the power of protest from Black athletes in the fight for social justice.

Although these talents have brought many joyous moments to American athletics and its fans, the social injustice and inequality that Black communities have endured have created a long history of protest. Black athletes can use their platforms to develop powerful historical moments that bring awareness to social injustices.

Moments of protest span over a century ago to the present day, each paving the way for the next. The first Black man to play pro baseball was Moses Fleetwood in 1883.

The Black catcher was a part of the Toledo Blue Stockings before White Sox Owner Cap Anson demanded Fleetwood not play against his players. Calling his bluff, Fleetwood started in the right field. According to journalist Steve Wulf, Anson’s reaction to the team’s decisions follows.

“We’ll play this game here, but won’t play never no more with the—–.”

In 1887, years later, with the attempts for Anson, Black players were barred from playing professional baseball. This rule lasted almost a decade before the Brooklyn Dodgers integrated Robinson into pro baseball. Although this significant moment in history may not be seen as a protest, the decision to integrate highlighted racial inequality in the United States. Robinson’s bravery and courage went on to open.

From then on, the significance of these protests was highly influential to the lives of the Black community and often distorted by the white community.

In an interview with Dr. Christian Ogbondah, a tenured journalism professor at the University of Northern Iowa discussed his interactions with athletes and their forms of protest. Ogbondah highlighted his interest in Ali and documented the boxing champion through his journey before meeting him face to face in Chicago’s airport in April of 1986.

“When Ali won the medal in 1960, the gold medal, upon returning to America, the United States did not treat him well; they left the Black athletes to be on their own… and then they brought air-conditioned vans that took white athletes, and that hung on Ali a lot, the injustice… he threw his gold medal into the Ohio River in protest,” Ogbondah said.

Ali revealed in his 1975 documentary that he had protested the enormous amount of racial injustice he’d experienced and, in turn, threw his gold medal. More than 50 years later, in 2014, Ali’s medal was found in “The annual Ohio River Sweep” and rightfully returned to his family for $200,000.

In another historical moment of recollection, Ogbonda highlighted the protest by Lee Evans in the 1968 Mexico Olympics.

Evan’s teammates, Tommie Smith and John Carlos were sent home after raising their fists in a Black Power Salute at the same event. After running the 400-meter dash in just 43.86 seconds, winning gold and setting an “untouchablerecord” until 1988, Evan wore a black beret, signifying the black panther party, and threw his fist into the air after collecting his gold medal.

Ogbondah had the opportunity to personally interview Evans as he returned to Nigeria to coach runners. After asking why Evans had decided to return to Africa, he explained,

“This [Evan’s win] was a lot of honor, brought to the United States, by a United States citizen, but simply because he protested the social and economic injustice… the maltreatment of African Americans… and the oppression of their rights in America… they stripped him of his medal… and wiped off all other records that he ever had, and that is why he left the United States and came to Africa,” he said.

Although the racism is not as blatantly obvious, there is still work to be done. Present-day protests from athletes like Colin Kaepernick drew attention to racial injustices by kneeling during the national anthem in 2016. In 2020 the Los Angeles Rams decided not to play a scrimmage amongst the Black Lives Matter protests to avoid the focus of football and illuminate social justice and police brutality.

We have seen many teams use symbolic wording and warm-ups to stand for the lives lost stemming from racial inequality. T-Shirts and hoodies read “I Can’t Breathe,” “Justice for Tamir Rice,” “Change starts with us, Justice & Accountability,” and Northern Iowa’s very own men’s basketball team warm-ups featuring “Eracism.”

In March 2021, Axios Today, a sports and industry news outlet, talked with Black ABC/ESPN analyst and former NBA basketball player Jalen Rose. Their conversation about systematic racism in sports led to immense diversity among players, despite the consistently white leadership and ownership.

“It doesn’t start with coaching. It starts with ownership… You [Axios] talked about the four [Black] coaches in the NBA. There aren’t four Black owners in both [the NBA and the NFL] combined,” he said.

The Northern Iowan spoke with Antwon Kimmons, UNIty Walk participant and third-year guard for UNI men’s basketball. Kimmons talks about his experiences as a Black athlete at a predominately white institution and the significant impact Black coaches have on athletes.

“Growing up, I was coached by all–Black coaches until I got to high school and college. Both head coaches were white men. As I grew in the profession, it switched. When I was younger, I had the choice to play for Black coaches, I can’t do that anymore. At UNI, I get coached by a Black coach; he’s not the head coach, but it’s still cool to have somebody that knows my struggles,” he said.

It leads us to how we can ensure the equality, respect, and success of Black athletes. Northern Iowa athletics has taken a step in the right direction to hold an annual UNIty Walk in solidarity with racial injustice and support diversity and inclusion efforts. The main message here, “Together We Rise,” was meant to ensure Black student-athletes were supported in the personal fight against racial injustice.

“We do these things [UNIty Walk, Warm-Ups, Informational Videos], but then we don’t really talk about it, we go back to our regular lives, and the same stuff happens. In a lot of these circumstances, we are just doing it to get it over with and do it to say we did it, and a week from then, everybody forgets about it,” he said.

The issues these athletes face go much deeper than sports. It is much bigger than any team or organization. It is about a community of people fighting for equality in every life aspect. They are black men, women, children, parents, friends and scholars.

As soon as those lights turn off and I take off my jersey, those are the same people that don’t speak to me when I’m walking on campus. When they see me on the street, they get nervous, or even the people that do

recognize me as the basketball player; if I didn’t play basketball, how would they view me,” he said.