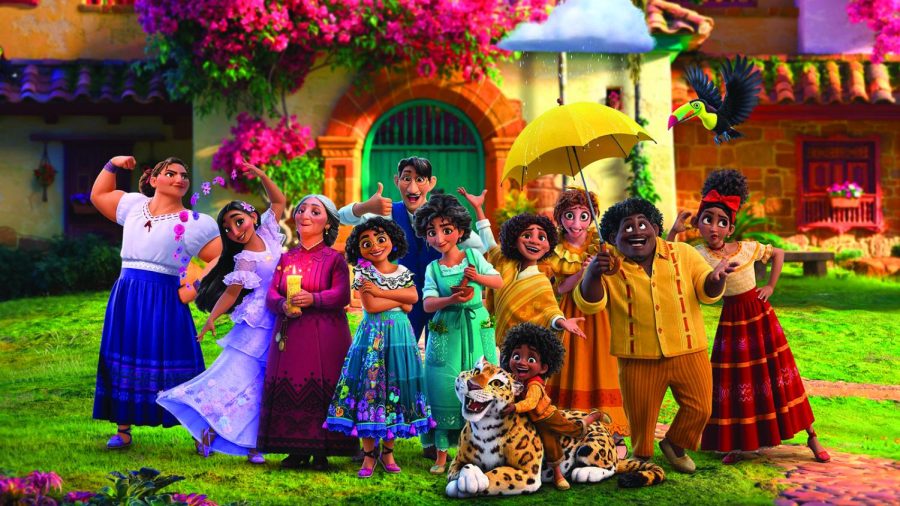 Another year, another overly long awards season. Thankfully, everything is coming to a close as we reach the finish line of the 94th Academy Awards. With the votes tallied up and the winners being announced this Sunday, here are my predictions for all twenty-three categories, with analysis for everything above-the-line. Hopefully, this information will help you win your Oscar pool and give you bragging rights over your friends and family.

Best Cinematography: “The Power of the Dog”

This category tends to reward older actors in sympathetic roles, à la Alan Arkin in “Little Miss Sunshine” or Mark Rylance in “Bridge of Spies.” Out of this year’s nominees, there isn’t an actor more lovable than Troy Kotsur in “CODA.” He’s won nearly every award he could so far in the SAG, CC, and BAFTA. He’ll likely become the first deaf male actor to win an acting award when he hoists the statuette this Sunday.

Unlike Best Supporting Actor, this category tends to reward younger actresses. And in only her second feature film role, Ariana DeBose looks primed to take home the win. She’ll be the second actress to win for the role of Anita in “West Side Story,” which co-star Rita Moreno won back in 1961. She doesn’t have much competition, considering no other nominee has won an award this season.

After two previous nominations that came up short, it’s finally time for Will Smith to get a win. Since the televised awards began (SAG, CC, BAFTA), he’s been steamrolling the competition. His charm is undeniable, and so is his role as Richard Williams, the father of tennis phenoms Venus and Serena Williams. It’s hard to envision anyone else coming close to winning.

Just like last year, this category is the hardest to predict out of the acting races. Thanks to her win at SAG and CC, Jessica Chastain seems the likely winner, especially as she plays the narrative of being overdue for a win. It also helps Chastain that there isn’t a consensus dark horse ready for an upset. It wouldn’t be a big surprise if Chastain loses, but right now there isn’t a good enough reason to bet against her.

It’s the battle of the overdue icons as Kenneth Branagh and Paul Thomas Anderson are trying to get their first wins after eight and 11 career nominations, respectively. And unfortunately for Anderson, he may have to wait just a little bit longer, as Branagh will be the likely winner this round. To be fair, this category is still a coin toss, so there’s no reason not to predict Anderson either. But Anderson couldn’t win the Writers Guild when Branagh wasn’t eligible, and Branagh picked up the CC. It’ll be back and forth until the envelope is read, with one deserved nominee going home empty-handed.

It’s taken some time, but the wind has finally been put in the sails of “CODA.” With its recent wins at the Writers Guild and BAFTA, Sian Heder’s script seems ready to get the final victory. Jane Campion’s adaptation of “The Power of the Dog,” is a close second, but I don’t think it has the legs to eke out a win. This is the most important category of the night, as the outcome will have a major impact on who will take home the ultimate prize.

Honestly, the more exciting debate in this category is who will finish in second place, because no one is coming close to Jane Campion for “The Power of the Dog,” who has swept the entire awards season. She’s the first woman to be nominated twice in this category, with her first nomination being back in 1993 for “The Piano,” which she lost to Steven Spielberg for “Schindler’s List.” She’ll get her revenge this Sunday with a deserved win.

“The Power of the Dog” seems like the obvious winner with its 12 nominations and wins at the GG, CC, and BAFTA. But it’s the least audience-friendly movie of the nominees with its slow pace and themes about repressed homosexuality. “CODA,” on the other hand, is a crowd-pleaser with wins at SAG and PGA. Even though I’m switching over to “CODA,” I don’t feel good about it. Either way, a lot of stats are going to be broken, and it will be the first time that a streamer will win Best Picture, as Apple TV+ holds “CODA” and Netflix has “The Power of the Dog.”