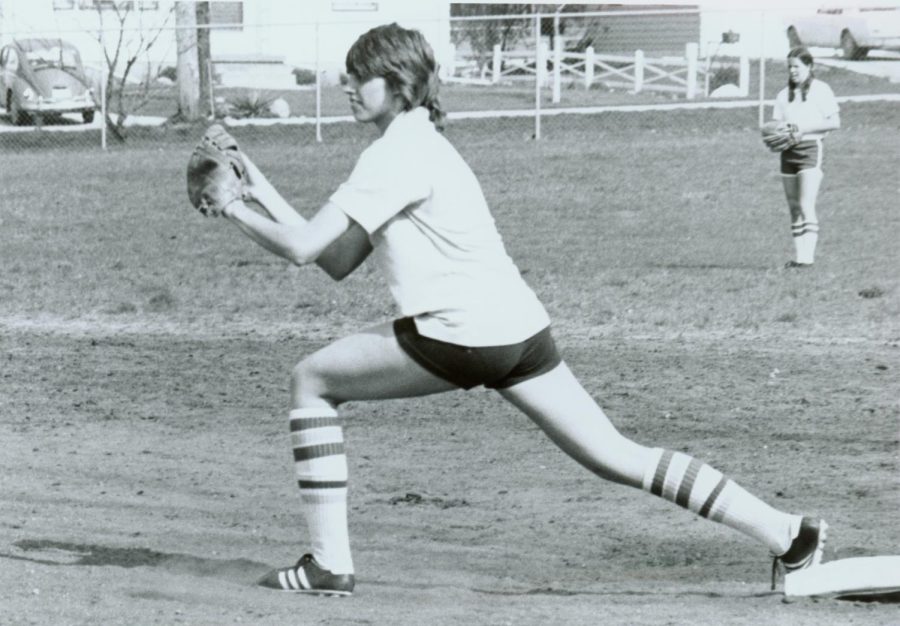 The women's softball team in 1973 was composed of 20 young women coached by Jane Mertesdorf.

Editors Note: This article is from March 20, 1973, from the Northern Iowan newspaper.

After two weeks of practice since March 6, the women’s softball team has a “pretty promising battery, with good prospects in the outfield and infield, although we haven’t chosen positions for this season yet.” says Kris Meyer, returning senior shortstop.

Starting its second season after an encouraging one last year, the team first will stand Ames there on April 7 at 11 a.m. Like all upcoming games, it will be a double-header, and an average of one game per week will be played during the season.

Anticipating is the work for several team members who will attend a convention sponsored by the American Association for Health, Physical Education, and Recreation to be held April 13 to 17 in Minneapolis. Workshops, demonstration, and VIP speeches will be included on the agenda.