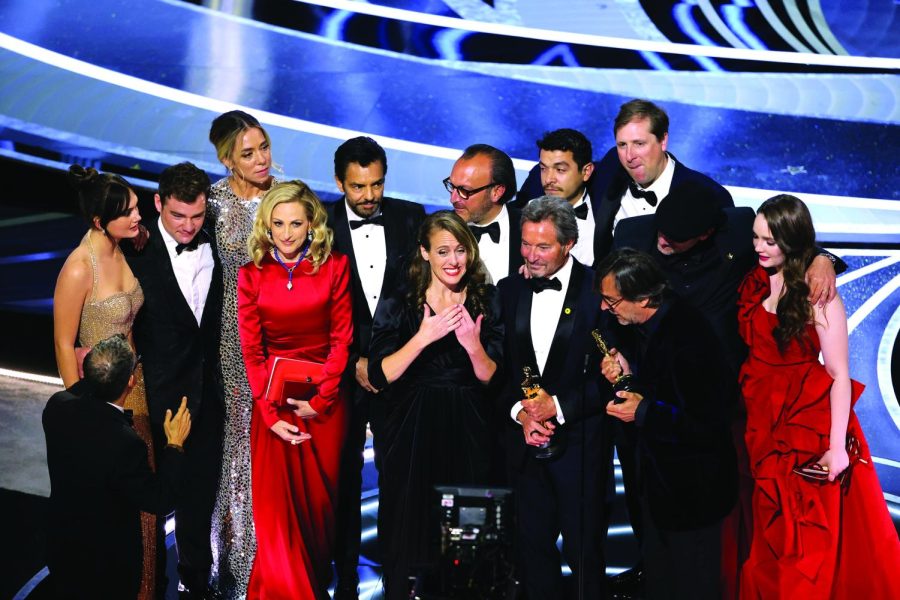 Film critic Hunter Friesen calls the Oscars an event that "was no longer a celebration of cinema."

The Oscars have been desperate to recapture the social zeitgeist that they have been rapidly losing over the past few years. Viewership has steadily declined since the glory days when 55.2 million people watched in 1998, with this year’s show attracting a paltry 15.4 million viewers. It was still a 56% increase from last year’s pandemic broadcast of 9.6 million, but that increase was inevitable as things couldn’t get much worse.

And, in what seemed like a monkey paw deal, the Oscars got their wish to be relevant again. At about 9:30 p.m., almost two-thirds into a no-nothing show, Will Smith provided the moment of the night when he slapped Chris Rock across the face after the comedian made a joke about Jada Pinkett Smith’s hair. Audiences were left stunned. Many of which, myself included, thought that it was a poorly conceived comedic sketch. But once the camera cut to Smith’s furious reactionary yelling, the overall mood darkened as the truth became clear.

The event was no longer a celebration of cinema. Instead, it was mired in controversy as the online spaces filled with people taking sides over who was right and who was wrong. As a cinephile, I was upset that this glorious night was taken away from me. But I couldn’t blame people for only focusing on the Smith-Rock altercation, because the show itself didn’t produce anything else worthy of comment.

Things were already heated before the 7 p.m. start time as eight of the total 23 categories were handed out in the pre-taped event that occurred earlier in the day. Producer Will Packer claimed that these cuts were done to keep the show under three hours in length and that the excised categories weren’t particularly popular anyway.

It’s not just that the decision was insulting to the people represented in those categories, especially from the Academy, whose mission statement is to “recognize and uphold excellence in motion pictures.” It was doubly insulting because this decision didn’t even come close to harvesting its intended benefit. The show ran three hours, 39 minutes (longer than last year’s three hours, 19 minutes, which awarded all categories in the main broadcast), proving that unfairly punished technical categories were not to blame for why the show habitually runs late.

So instead of awarding all the categories as they should have, the Oscars replaced that time with a litany of questionable comedic bits and retrospectives.

And instead of going hostless for the third year in a row, comedians Amy Schumer, Regina Hall and Wanda Sykes were brought in to steer the show. Their opening monologue provided the regular flat jokes, almost all at the nominee’s expense. It seemed weird that a show with the tagline of “movie lovers unite,” would continually talk down to those being nominated.

And it seemed weirder (but not surprising since broadcaster ABC is owned by Disney) that Disney products would be shoe-horned into the show. From the performance of “We Don’t Talk About Bruno,” (which wasn’t nominated for Best Original Song), to Amy Schumer dressing up as Spider-Man which was her “favorite movie of the year,” and several trailer promotions for “Moon Knight” and “Lightyear,” the whole thing reeked of corporate synergy.

The one thing that the Academy can’t control is the winners, which was shown last year as Anthony Hopkins upset Chadwick Boseman, derailing the show’s plans to give a tribute to the “Black Panther” star. This year’s crop of winners turned out to be the most predictable bunch ever, as the only upset of the night came in Animated Short, a category that was included as part of the ones edited down from the main broadcast. Yours truly went 20/23 in predicting the winners, with my curveball predictions for Cinematography and Film Editing failing to materialize. “Dune” won the most awards on the night with six, all of which came from the craft categories.

Apple TV+ won the ultimate prize of Best Picture with “CODA,” beating Netflix’s “The Power of the Dog” (whose only award from 12 nominations came for Jane Campion’s direction) to be the first streamer to win Best Picture. Sian Heder’s film also won for Best Adapted Screenplay and for Troy Kotsur’s performance.

Will Smith and Jessica Chastain got their overdue wins in the lead acting categories. Both speeches were mired by Smith’s slap just moments earlier. Kenneth Branagh got his first Oscar win after eight career nominations, as he was rewarded for Best Original Screenplay for “Belfast.”

But even with all these deserved winners, nobody will remember them in the near or far future. Because the only thing that people will talk about is Will Smith slapping Chris Rock. I can’t blame the Oscars for that moment, but I can blame them for not providing anything else of entertainment value.

Following and watching awards shows has always been a guilty pleasure of mine. It’s fun to get wrapped up in the composition, even if I see right through the sham of it all. But as shows like the Oscars and Emmys keep sinking in relevance, producers will try anything to get viewers to tune in.

These decisions have angered loyal viewers like me, but we all know I’m still going to watch anyway. So for the foreseeable future, award shows will continue to fade into obscurity, and the only ones left to watch will be those that feel betrayed by desperate and unimaginative producers.