I’d rather sell my soul than watch “Morbius” again 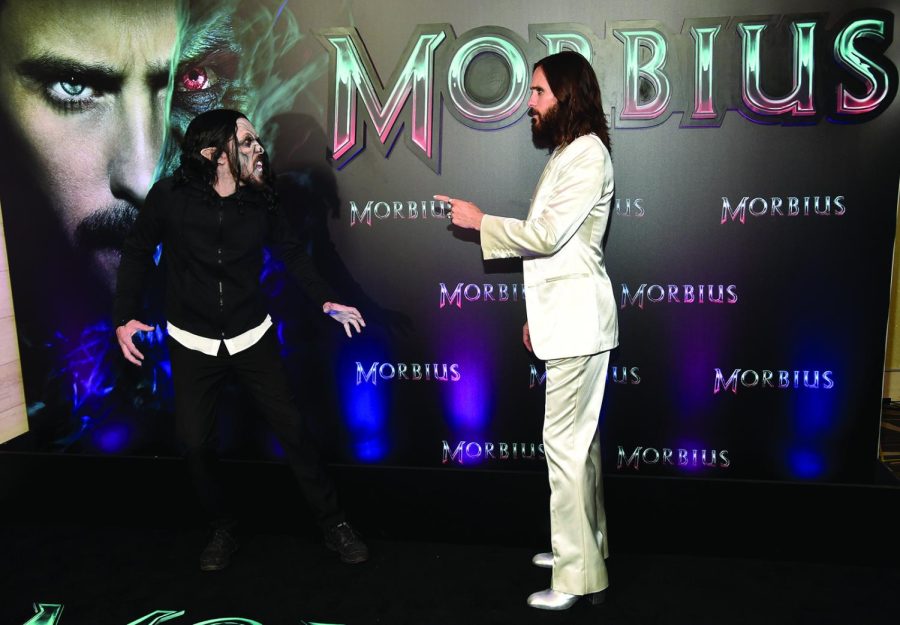 Film Critic Hunter Friesen gives Marvel's latest movie "Morbius" a 1/5 rating and says, "From the bottom of my heart, I implore you not to watch 'Morbius'"

I have made a deal with the devil.

The trailer for “Morbius” has been stalking me ever since it first appeared in January 2020. It didn’t matter what YouTube video or movie I was watching in the cinema, the trailer would always follow me there.

After two years of agony, I’d had enough. I called up the Lord of Darkness and begged him to release me from this eternal punishment. He made me an offer for that request. His asking price: sell my soul or buy a ticket to the full version of “Morbius.” I chose the cheaper option (or so I thought), which was to put money in Sony’s pocket and buy a ticket to “Morbius.”

And now after seeing the final product, I wish I had sold my soul instead.

“Morbius” gives vampires a bad name, which is saying something since the famed bloodsuckers have had quite a tumultuous cinematic career. Besides the Dracula adaptations, there’s been a lot of crummy vampire stories, including multiple editions of the “Underworld” and “Twilight” franchises.

I will say that it’s tough to categorize “Morbius” as a vampire movie since I honestly don’t know if the titular character is actually a vampire. Dr. Michael Morbius gets vampiric qualities after he mixes his DNA with that of a vampire bat. For some reason, this gives him superhuman speed and strength and also changes his diet from regular human food to human blood. His search for a cure has brought him a remedy that might be worse than the disease.

And while it’s hard to tell if “Morbius” is a vampire movie, it’s even more difficult to tell if it’s a Marvel movie. Sony desperately wants you to think it is, as their trailers tout themselves as the studio that brought you the recent Spider-Man films.

That may be a true statement, but it’s only half true, as Sony is part of the studio partnership with Disney that produces those films. And judging by each studio’s individual output, it’s clear that Disney does the heavy lifting in the relationship. So no, this is not a Marvel Cinematic Universe film, which means you don’t have to subject yourself to torture just to know how it will interconnect with the other pieces. The Disney+ Marvel shows are already torture enough.

Sony may wave the Marvel flag to lure you into seeing this film, but there’s none of the Marvel charm or showmanship present within the film itself. There’s no thrill to this story, no reason in wanting to know what happens next. The stakes are nonexistent, as the only thing Dr. Morbius must do is keep his bloodlust to a minimum and find a cure for his newfound condition. Honestly, after so many superhero films with apocalyptic scenarios, the lives of a few nameless side characters don’t interest me in the slightest.

Of course, there is action in this “superhero” film to keep your brain occupied, even if it is the blandest and murky action I’ve ever seen. I was so bored during the set pieces, that I amused myself by performing an experiment. I would watch half the scene with my glasses on, and then the other half with them off. In the end, it didn’t matter since everything is just a muddled mess of CGI. Trying to make out what is happening, especially during the tedious finale, is a fool’s errand that offers no reward.

Poor Jared Leto has gone and ruined another comic book movie, just like he did with his “interpretation” of the Joker in 2016’s “Suicide Squad.” I’ll give Leto credit in saying that he always brings 110% to what he’s doing, which can be seen quite prominently in his offensive performance in last year’s “House of Gucci.” It’s just that what he’s doing tends to be wrong on almost every level. I wouldn’t be surprised to learn that he drank real human blood to prepare himself for this role.

From the bottom of my heart, I implore you not to watch “Morbius.” Because if Sony makes enough money from this to greenlight a sequel, I’m going to go insane as the trailer for “Morbius 2” will undoubtedly stalk me like its predecessor. And if that does happen, I won’t make the same mistake twice and buy a ticket to it. I’d rather just sell my soul.