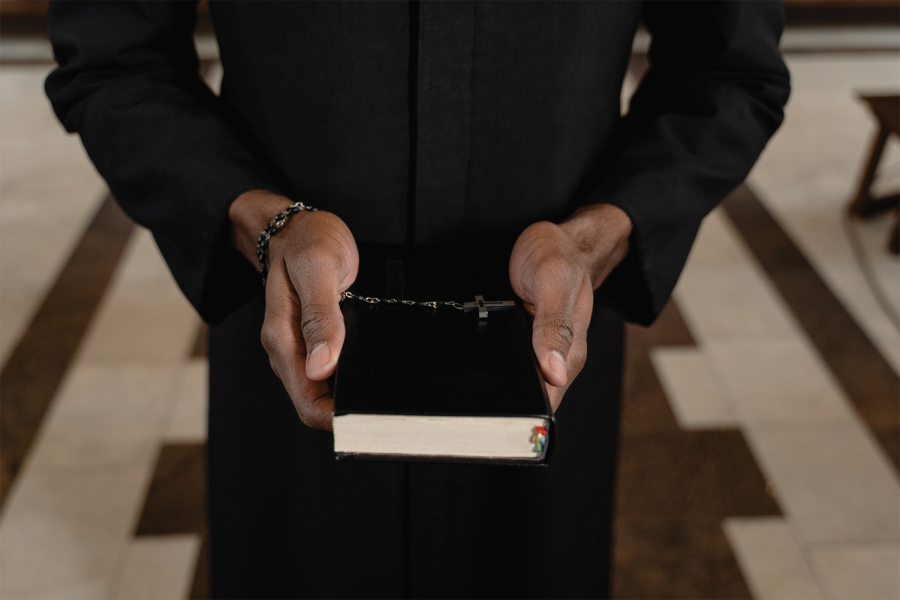 Religion has always been integrated into the American political sphere. Now more than ever, religion has become a catalyst for several discriminatory policies and legislation across the country.

I interviewed Cara Burnidge, an Associate Professor in the Philosophy & World Religions department. The idea of religion affecting politics is nothing new, yet it may not affect politics in the way most people think. “There is observable evidence that Christianity influences America’s political climate because Christianity is a significant portion of American culture. Even if you are not Christian yourself, you are likely to have been impacted and encountered it in some way,” Burnidge explained when discussing the idea of Christianity affecting U.S. politics. There is evidence that religion has and is affecting political ideologies and decisions around the world because religion is a foundational part of society. Countries have many different types of religions throughout the world, yet not all have direct influence on the government.

Religion and Politics have a unique dynamic that has to be discussed in depth to understand the intricacies of their relationship. The First Amendment’s Establishment Clause clearly states that one religion cannot be favored over any other religion, or nonreligion favored over religion. However, it is clear that U.S. politics have begun to change within the last 10 years, especially more recently after the COVID-19 pandemic, social issues and the widening gap of the two major political parties. “Thinking about President Biden and more that he is both a Democrat and Catholic. Yet many Conservative Catholics questioned his Catholicism throughout the election, even now. He identifies as Catholic. He comes from a Catholic family. There is no question that he participates in the Catholic faith, yet his Catholicism and Christianity are called into question by people of a different political persuasion”, says Burnidge.

There are some people in America who have noticed the recent activity if Christian ideologies being brought up in legislation debates such as the right to abortion, the nomination and confirmation of Judge Ketanji Brown Jackson, or the “Don’t Say Gay” bill. Many questions asked of Jackson during her nomination process talked about whether or not she was religious, as well as if she could judge a trial fairly based on her religious beliefs. Some saw this as another example of Christianity specifically becoming more and more involved and/or discussed in the highest levels of our government. If someone is not religious, then they might not be seen as someone who could not hold a political position in the U.S. government. According to the Public Religion Research Institute’s 2020 Census of American Religion, “both major political parties are majority Christian, with 83% of Republicans and 69% of Democrats identifying as Christian,” which shows that there are politicians on both sides who identify with the Christian faith. Religion is a bipartisan factor within the officials who make the rules in the U.S. government, yet only one side seems to be using religion as a major talking point in their campaigns and legislation.

Breaking down the history of the relationship with the Republican Party and Christianity, Burnidge explains that, “it’s an important reminder that the current expression of the Republican Party and its relationship to conservative religious practices is recent. It’s very recent. It wasn’t that long ago when it was perfectly normal for a Republican to not have a strong religious affiliation”. It’s clear that today’s Republicans tend to use their Christian ideologies to explain their decisions rather than having non-religious points to solving the country’s problems. For example, in the right to abortion debate, most of us have heard the phrase, “Well, all life is scared.” The clear use of the word ‘scared’ comes with the connotation of this reasoning to be coming from a religious standpoint. It’s easy to see and/or believe that there is a connection between the Republican Party and Christianity in America. There is a fine line which may seem to become more blurred on the idea of favoring Christianity over any other religion and it has concerned many people, especially those who have differing religious ideologies and beliefs.

UNI Buddhist’s President Finn Morris-McEwan believes that, “all non-Christian faiths are being targeted in the U.S., what is especially disturbing is the amount of Islamophobia and Antisemitism in our current political climate.” Within the past 100 years, there has been an influx of people being either extremely opposed to people barely connected with those who brought violence onto our soil, as well as people with a heightened interest in understanding people who are not like themselves. People have used such events to further their racist and discriminatory opinions by combining a small amount of bad people with an entire race or religion. “I believe that the Republican Party is not a party about ideals. It is a party which has given into the very worst impulses of its members, and has taken every possible opportunity to spread and promote hateful ideologies,” says McEwan. Many people believe this due to the increased ideas about keeping certain people out of America as well as many phrases being heard on T.V. and social media along the lines of “go back to where you came from.” Racism and discrimination of religion are  key factors in these comments.

Most of the minorities and religious faiths have received this kind of hate for many years, yet more recently have been shown in the public eye coming from people who are “Christian Republicans.” However, Burnidge brings up the fact that, “there isn’t a single Christian position on any of these political issues. So if you’re interested in or concerned about reproductive rights, for example, there are strong Christian activists on many sides of that issue. The focus tends to be on Christians who would like to limit reproductive rights or overturn Roe v. Wade, but there are Christian activists and more generally religious activists who are also supportive of the right to abortion.” Christianity is not a one-sided religion and it has many people feeling misrepresented when people combine Republicans and Christians together. This brings up another issue of some people turning away from religion as a whole due to a misrepresentation being seen and believed on social media. Students who have seen ‘protestors’ who come to campus and tell every one of us that we are going straight to hell, may have noticed that the Wesley Foundation: United Methodist Campus Ministry has advocates come to counter-protest with signs of love and acceptance.

Although this may seem like a very complex idea that can be difficult to discuss within a single newspaper article, we can begin to understand and navigate religion and politics in the United States is to learn about its relationship. “What we see in the religion program is that if you’re wondering why nobody’s talking about religion and politics, there’s a class for that,” says Burnidge. UNI offers a wide variety of Religion and Politics classes in the fall which would be highly advised for students who want to know about these two subjects as well as their relationship within the United States. Having a discussion with classmates, friends and family can help one better understand their own ideologies along with having meaningful discussions that bring people together in a sense of understanding one another.