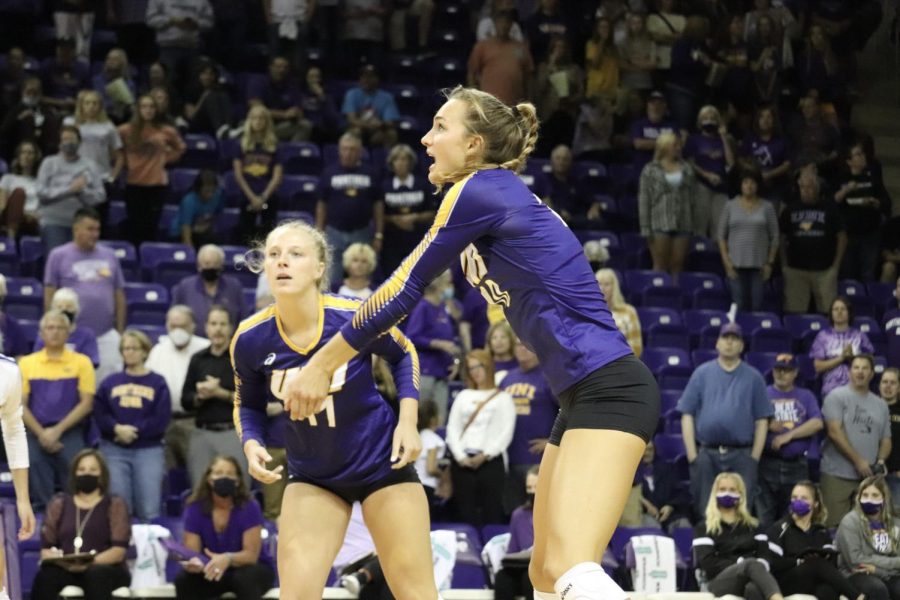 The Panthers continued their spring volleyball season this past weekend in Kansas City, Mo. at the UMKC spring tournament. They split with both Arkansas and Kansas City, defeated Kansas and fell to Kansas State in the four tournament games.

After taking down Drake but falling to Iowa and Iowa State at the Iowa State Spring Tournament last weekend, the UNI volleyball team continued their spring schedule this past Saturday, traveling to the Swinney Recreation Center in Kansas City, Mo. to compete in the UMKC Spring Tournament. These were exhibition games that don’t count towards any standings since the regular season isn’t until the fall, and therefore games were two sets only, regardless of the outcome. UNI found some success, winning one game, tying two, and only losing one.

The first matchup of the day was against the Kansas State Wildcats out of the Big 12 Conference. The Wildcats went 15-13 last year and qualified for the NCAA Tournament, losing to Florida State in the first round. The Panthers couldn’t keep up with Kansas State, falling 2-0.

Next up was a battle with the Arkansas Razorbacks of the Southeastern Conference. Arkansas was very solid last season, going 20-11 and just missing out on the NCAA Tournament. They instead competed in the National Invitational Volleyball Championships, taking down Stephen F. Austin in the first round before falling to UNLV. The Panthers played well against the Razorbacks, splitting the two sets to finish with a 1-1 tie.

UNI then had a matchup with another Big 12 foe, the Kansas Jayhawks. The Jayhawks went 18-12 last year, and also went on a nice run in the NCAA Tournament. After defeating Oregon in the first round, Kansas upset Creighton before finally falling to No. 3 seed Pittsburgh. Despite their success last year, UNI did a great job against Kansas, taking them down 2-0 to get the victory.

The last matchup of the day was against the hosts of the tournament, the Kansas City Roos. Competing in the Summit League, the Roos put together an impressive season last year, finishing 21-10. It was an even battle, and the teams played to a 1-1 tie.

After a successful day of volleyball, the Panthers will continue their spring schedule this Friday, April 15, when they have a neutral-site meeting with Wisconsin in Dubuque, Iowa. They will finish off the spring schedule by hosting the UNI Spring Tournament on Saturday, April 23, taking on North Dakota State, Iowa State, Iowa, and Missouri throughout the day.