Golfers compete at the Stampede at the Creek 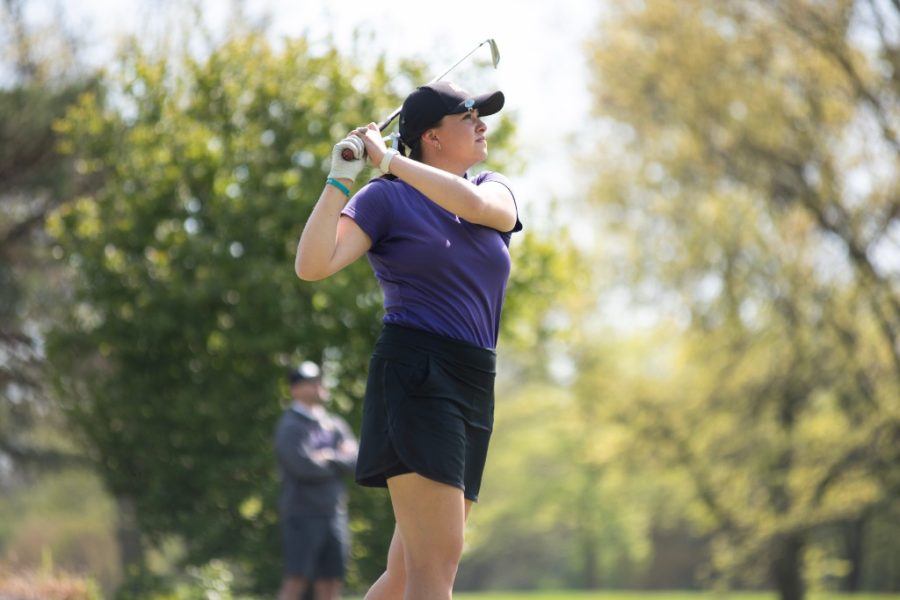 The UNI men's and women's golf team traveled to Omaha, Neb., this past Monday and Tuesday to compete at the Stampede at the Creek, hosted by the University of Nebraska-Omaha. They will now look ahead to the Missouri Valley Conference Championship next week, The men will play in Paducah, Ky. and the women will go to St. Louis, Mo. for their respective tournaments

This past Monday and Tuesday, the UNI men’s and women’s golf teams traveled to the Indian Creek Golf Course in Elkhorn, Neb. to compete in the Stampede at the Creek, hosted by the University of Nebraska-Omaha. Facing some talented competitors, UNI had some impressive individual performances, as well as a top-five team finish from the men.

In the men’s team competition, UNI took fourth place out of the nine teams competing, finishing with a team score of 878 strokes across three rounds. This was just one stroke behind third-place Omaha, and two strokes behind second-place St. Thomas. North Dakota State dominated the team competition, shooting an 845 behind top individual performers Brock Winter, Jack Johnson, and Nate Adams, who finished first, second, and third, respectively.

The top individual performer for UNI was Griffin Parker, shooting a 216 to finish right at par and tie for fifth out of the 54 competitors in the individual competition. Not far behind was Alex Pries, finishing at 218, two over par, to tie for ninth. Thomas Storbeck shot a 223 to tie for 21st, while Jack Moody shot a 225, tying for 26th. Tommy Doyle shot a 227 to tie for 33rd, and rounding out UNI’s six competitors, Connor VanWeelden shot a 236 to tie for 47th.

In the women’s team competition, the Panthers finished seventh out of the eight teams competing. They finished with 963 strokes, just three behind third-place Western Illinois. South Dakota State secured the team title with three top-five individual finishers, including the individual champion, Mia Seeman.

Individually, the top UNI finisher was Hannah Bermel, shooting 23 over par at 239 to take 26th place out of the 53 competitors. Anna Jensen and Allison Nuss both shot a 241 to tie for 30th, while Madison Humke shot a 244, good for 35th. Lily Bredemeier shot a 246, tying for 38th, and Rylie Driskell finished with a 247, taking 42nd place.