A tribute to Baker Hall 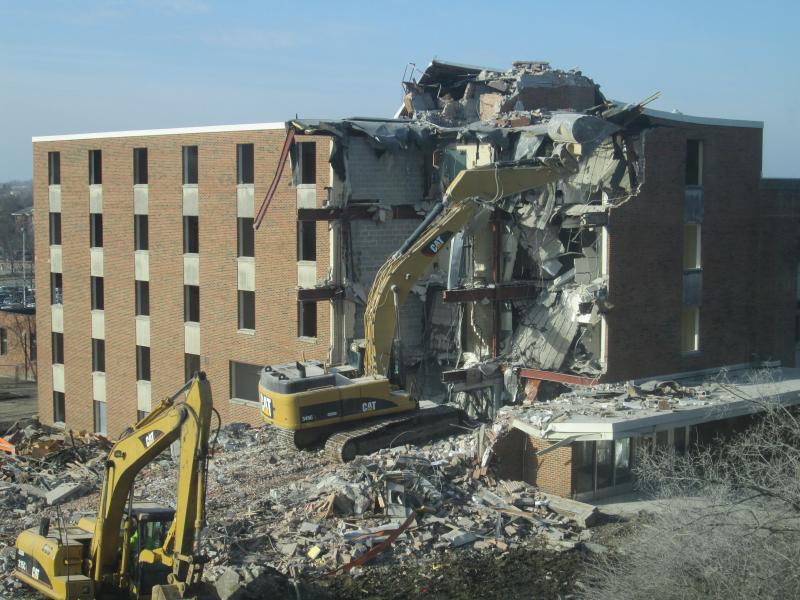 UNI alum Jim Sanders, class of 1971, contacted the Northern Iowan and asked us to publish one of his poems. A beautiful poem tributed to a building now lost to campus, he wrote this message in regards to his poem below:

“Don’t ask me why, but one morning I awoke and realized that I must put something down on paper about the place, as I lived there for two academic years–1967-69–and it made an indelible impression.  Buildings can exert this kind of force on people.  If you wish to run it in your paper, I’m sure there will be at least a few who will fondly remember the place, and there really ought to be a memorial to Baker Hall, written by a resident, as we knew it from the inside out.”

Sinks in the corner, with mirrors above

While columns of students

Snake toward the Commons

And coeds to woo.

At night after classes

And on into morning

In rooms full of questions

Is there a God?  Why is there evil?

In a nuclear age?

Nothing resolves and with

The session winds down

As the sun comes up

Off to class red-eyed and groggy

To doze through lectures

And nap at noon.

Yet without advocates willing

To stay the force

Of a modernizing campus