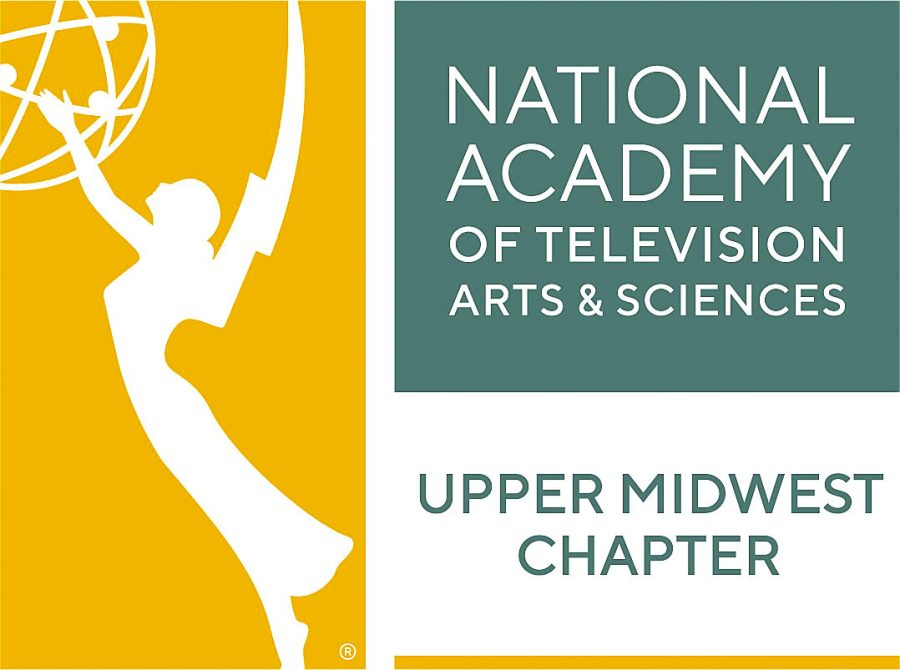 Several UNI Digital Media students were the award recipients from two competitive and prestigious film competitions this year. Between the National Academy of Television Arts and Sciences Upper Midwest Emmy foundation and the Cedar Rapids Independent Film Festival, more than 20 students received recognition for their outstanding work in recent projects.

The Upper Midwest Emmy Foundation is a National Academy of Television Arts and Science division. The Upper Midwest chapter aims to award scholarships to media production students within Minnesota, North Dakota, Iowa and parts of Wisconsin. The foundation is dedicated to supporting students and fostering excellence in video and television “by honoring exceptional work,” according to their website.

With the production of “Training Iowa’s Future Farmers,” Estefania Ravasio and Taylor Palmer were award recipients.

Jacob Ruth and Megan Studer, with the production of “Finding Community Through Art,” received an award.

Beyond the Upper Midwest Emmy Foundation, various Digital Media students received recognition for their work at the Cedar Rapids Independent Film Festival. Founded in 2001, it is an outlet for the best Iowa filmmakers at Student, Pro-Am, and Professional levels to showcase their work to the public.

“(The term Eddy) is defined as “a current moving contrary to the direction of the main current,” which is a suitable description for independent filmmakers, who often go against the current trends in mainstream cinema.”

Held Easter weekend, class of 2019 graduate Tarrell Christie was the recipient of the Student Long Form Gold Eddy for his direction in the film “Flava.”

Jenna Wilson was the recipient of the Student Freestyle Silver Eddy for her music video titled “Ticks.”

Some nominees and finalists have waited years for recognition as past festivals were postponed due to COVID-19. Senior Digital Production major and Silver Eddy recipient Jenna Wilson explains the timeline between submitting her work and being awarded.

“This project was originally my final project for Digital Media Production 1 with Professor Soans back in the fall of 2019. I submitted it to this festival early 2020. I was then selected as a finalist, but with the pandemic, things were pushed back, and the festival wasn’t held until this year,” she said.

Five other UNI current students and recent graduates were selected as finalists. Jacob Ruth and Kaylee Daniels for their direction, production, and editing of”Finding a Forever Home.” Writer and Director Kazek Israni-Winger created “The Idea List (of how to get my purse back).” Jasmine Aquino for the direction of “This Is For Her.” Lastly, Director Quinn Rauchenecker for “Weeds in the Garder”

Many of these projects and films are available on Youtube for public viewing. Or at the request of the students. These students have put in an immense amount of work to be recognized statewide and regionally. All are encouraged to watch these award-worthy pieces. Wilson explains why it is essential to support and appreciate student work.

“It definitely feels good when something you spent time and effort creating is shared and awarded. I feel a sense of validation in what I am doing. This recognition will drive me to keep working hard and achieve new goals,” Wilson said.