Misinformation is deadly. What are going to do? 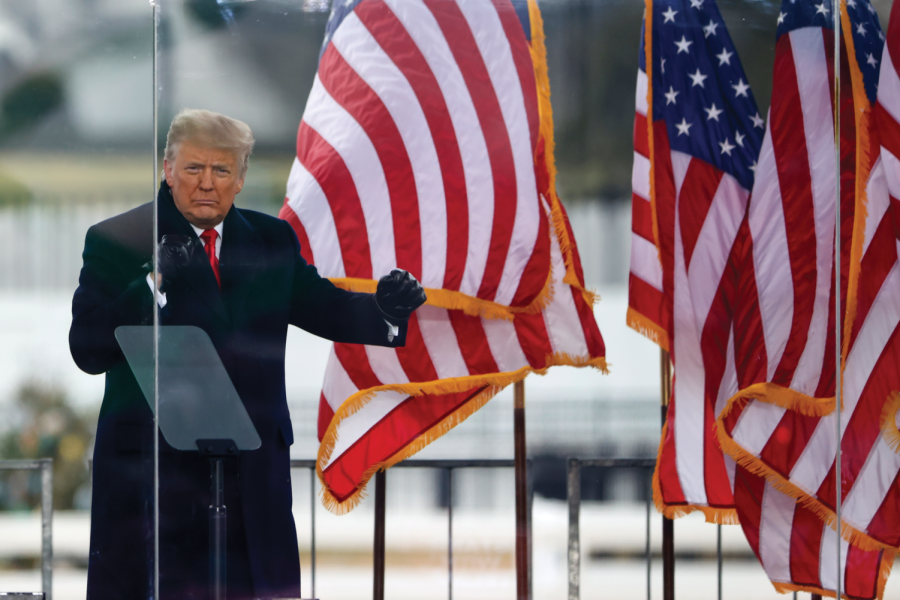 Ever since the insurrection of Jan. 6, there has been a continuous lack of confidence with U.S. elections due to the influence of social media platforms.

Editor’s note: This article is from Iowa Capital Dispatch from April. 25, 2022

Misinformation is deadly. It kills humans and democracy.

All of us have some responsibility for this serious threat to society. All of us are affected by it, regardless of whether we use social media. And all of us need to do something about it.

The examples are hard to ignore: An insurrection at the U.S. Capitol, fueled by a former president and a lie that the election was stolen. The Russian bots unleashed on social media – with the aid of gullible Americans — to drive dissent and influence American voters. A state-by-state effort to make voting harder, driven by that same lie and unfounded fear of fraud. The rampant distrust of lifesaving vaccines and public health advice aimed at quelling a pandemic that has killed more than 989,000 in the United States and more than 9,500 in Iowa.

“The biggest lie of all, which this crisis thrives on, and which the beneficiaries of mis- and disinformation feed on, is that the crisis itself is uncontainable.” – The Commission on Information Disorder

The list of examples is much longer but you’ve heard most of them. We’ve also heard about the causes. Primary among them is the rise of internet platforms and social media that can spread lies much faster than the truth while weakening and supplanting newspapers and other traditionally reliable information sources. These platforms can deliver an audience to almost anyone, which is often a good thing. But it also amplifies those who use their corrosive voice in service of long-standing divisions in our country, including various brands of hatred toward groups of people.

Former President Barack Obama was the most recent, and one of the most prominent, U.S. leaders to raise a call to action last week. During a speech at Stanford University, Obama said it was no surprise to his administration that Russia was attempting to meddle in U.S. elections, yet he underestimated the threat posed by misinformation and disinformation on social media.

“What does still nag at me though, was my failure to fully appreciate at the time just how susceptible we had become to lies and conspiracy theories — despite having spent years being a target of disinformation myself,” he said.  “(Russian President Vladimir) Putin didn’t do that. He didn’t have to. We did it to ourselves.”

If you don’t want to hear what Obama has to say, here’s a similar viewpoint from Iowa Secretary of State Paul Pate, a Republican who was recently president of the National Association of Secretaries of State. He spoke on Iowa PBS over the weekend about the need to build confidence in the election process by making sure the public is informed of how the voting and counting processes work and what has been done to secure the vote.

Pate said if misinformation goes unchallenged, people who want to undermine elections may win the dialogue. “And when they win that, basically the Russians or the Chinese or whoever you want to identify here win without firing a single bullet, they won, democracy will be something of the wayside and we can’t let that happen,” Pate said.

This is not a Republican or Democratic problem. Both parties have raised concerns about the spread of misinformation (false information) and disinformation (deliberate lies), especially on social media. In Iowa and in other states, for example, Republicans have proposed legislation aimed at “censorship” by internet and social media platforms. While I think some of their examples of suppression have more to do with false and inflammatory content than political philosophy, the fact is that social media companies are not transparent about how their content moderation policies and algorithms work.

What we can do

We are not helpless victims of this societal trend. The co-chairs of the Aspen Institute’s Commission on Information Disorder, which published a report on the topic late last year, put it this way:  “The biggest lie of all, which this crisis thrives on, and which the beneficiaries of mis- and disinformation feed on, is that the crisis itself is uncontainable.”

The commission’s recommendations are detailed, and I’d encourage you to read the entire report. Most of the proposals are aimed at making internet and social media platforms more transparent and accountable while maintaining a strong commitment to freedom of speech. That’s a tall order and it will almost certainly take congressional action, because it’s unlikely these multibillion-dollar corporations will be willing to do enough on their own. As voters, it’s our responsibility to learn about those proposals, including the bipartisan Platform Accountability and Transparency Act, and push our elected officials to move forward.

One encouraging bit of news that some in Congress are taking this threat seriously: Last week, the chairs of two U.S. House committees asked election officials from four states to detail what they are doing to “counter lies and conspiracy theories and protect the integrity of federal elections.”

Beyond what can be done on Capitol Hill to address the supply of toxic information, as Obama put it, there is much we can do to reduce our demand for it. Some ideas, like the ones I suggested after the Jan. 6 insurrection, come down to taking responsibility as citizens for being better media consumers, informed voters, and critical thinkers.

Obama and the Aspen Institute commission both also focused on the importance of strengthening community journalism. Obama gave a shoutout to nonprofit newsrooms like Iowa Capital Dispatch, “aimed at providing essential coverage of what’s happening locally and in statehouses. That’s an example of how new models of journalism are possible, along with smart ways for communities to reinvigorate local news.”

The Commission on Information Disorder’s report includes other ideas for building up community journalism, particularly outlets that support underserved communities. Among them is encouraging philanthropic investment in community media organizations that “focus on reliable information and trust-building.”

I’ve only scratched the surface of these proposals, but I’d encourage you to read more. Obama posted some articles to whet your appetite.

I’ll leave you with some of Obama’s words of encouragement:

“Now’s the time to pick a side. We have a choice right now. Do we allow our democracy to wither, or do we make it better? That’s the choice we face. And it is a choice worth embracing.”