UNI track and field shows out at the Drake Relays 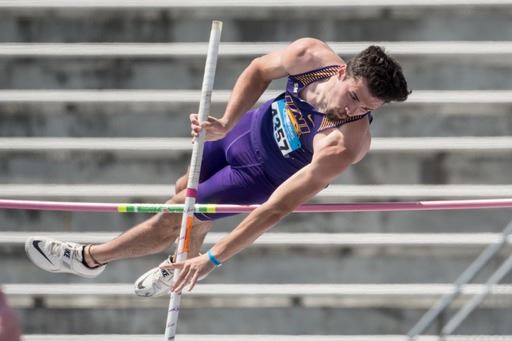 Several UNI track & field athletes had strong showing at the Drake Relays this past week. They will return to the same venue for the Missouri Valley Conference Championships in a few weeks.

The UNI track and field team took place in the famous Drake Relays in Des Moines, Iowa this past week. The Panthers were showcased in various different events and attempted to make their mark in the biggest way possible. Many Panther athletes placed in these events amongst the many schools that participated in this meet.

The team’s first day showcased the athletes that participated in the multi events. The men’s team took places four, five and six in the decathlon with Carter Morton, Zack Butcher and Drew Bartels taking those places respectively. Morton took first in both the high jump and the long jump to help elevate him to fourth place while Bartels and Butcher took second and third in the long jump. Bartels and Butcher also took places one and two in the 100-meter dash, respectively. On the women’s side of the multis, Lydia Berns-Schweingruber finished fifth in the heptathlon, while Kelly Proesch took ninth place and Amanda Lietz took eleventh for the Panthers.

On the second day of the meet, UNI’s Isaiah Trousil became the first athlete on the team to win an individual Drake Relays title since 2017 by winning the 200-meter dash with a time of 20.73 seconds. His teammate, Parker Kiewiet, was not too far behind him and took bronze in the event with a time of 20.94. Trousil also competed in the 100-meter dash the following day, finishing with a silver medal with a time of 10.66. The UNI women’s 4×100 team consisting of Rylan Santi, Jill Bennett, Libby Wedewer and Paishence Johnson took fourth place with a time of 46.32. The Panther’s 4×400 team of Erin Kerkhoff, Auriona Kimbrough, Emily Vos and Sophia Jungling raced their hardest to grab a hold of a fifth place finish.

UNI also excelled at the field events at this meet. Thomas Yezek threw the discus for a length 54.44 meters or 178 feet, seven inches to obtain the silver medal in the event. Darius King of UNI withdrew from the collegiate division to enter the elite division in shot put alongside world record holder Ryan Crouser among other standouts. King finished fifth with a 19.19 meter throw.

The track team will head to Madison, Wisc. for the Badger Invitational on May 6 before making their way back to Drake for the Missouri Valley Conference Championships.