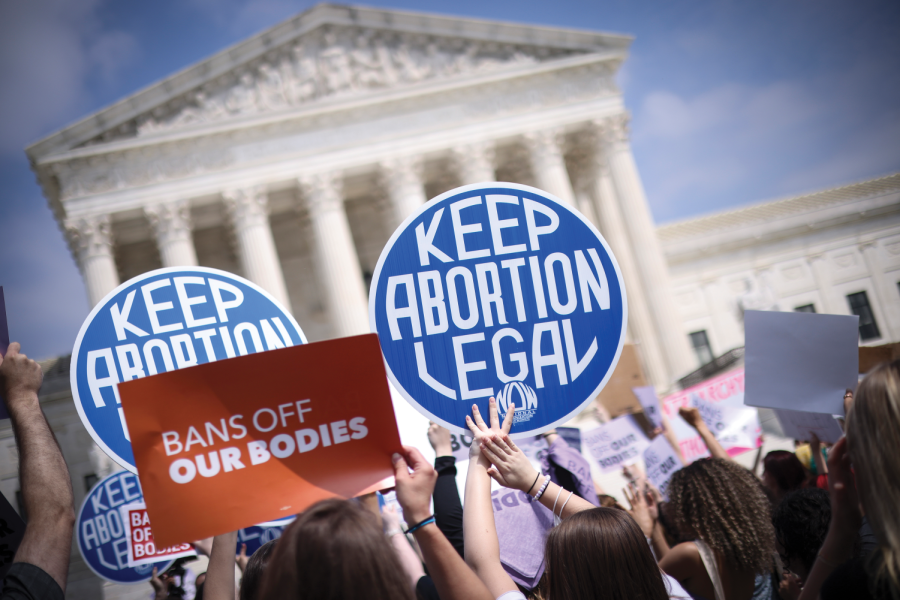 On Monday, Politico published a leaked draft from Justice Samuel Alito discussing the court’s decision to overturn Roe v. Wade within the case of Dobbs v. Jackson Women’s Health Organization. This is not the first time that Roe v. Wade’s precedent has been taken into question, and it most certainly won’t be the last. People’s understanding of Roe v. Wade can be warped by what the Supreme Court of the United States wants them to think. Justice Alito paints Roe v. Wade to be a weak precedent, supported by nothing more than Justice Blackmun’s majority opinion in the original decision. But, Roe v. Wade is more than abortion and women’s rights, and Alito’s draft attacks more than Roe v. Wade.

The first recorded abortion was in Egypt, circa 1550 BCE. In America, the history of abortion is a lengthy one. In fact, James Mohr of Oxford University’s research suggests that by the mid 19th century, around 25% of pregnancies ended in abortion. But, it wasn’t until 1973 that individual state laws about abortion were challenged at a national level. This led to the infamous Roe v. Wade case that fell at the steps of the Supreme Court. Roe v. Wade was presented under the idea that abortion does not fall under the jurisdiction or interest of the state, and falls under the 14th amendment’s protection of a citizen’s right to life, liberity, the pursuit of happiness and the due process of law. This amendment, in Roe v. Wade and many other cases, was interpreted as a citizen’s right to privacy. Sarah Weddington, Roe’s representative, also advocated for her under the 9th amendment. The 9th amendment states that citizens also have rights that are not enumerated in the Constitution. This argument led the entirely white male Supreme Court to vote in favor of Jane Roe in a 7-2 vote, establishing that abortion fell in the 14th amendment’s right to privacy.

What Alito is challenging in his majority opinion draft is the validity of the 14th amendment’s coverage of things like women’s rights and LGBTQ+ rights. He explains this in the terms of things that, “are not rooted in the Constitution.” His logic here is flawed, as the aforementioned 9th amendment states that citizens have rights that are not enumerated in the Constitution. Alito’s draft attacks the idea of abortion itself, and directly calls the decision “egregiously wrong.” He goes on to say that the 14th amendment jurisdiction over cases such as Obergefell v. Hodges, the case that granted the right to marriage for the LGBTQ+ community, is also a stretch of jurisdiction. This puts in danger other cases that used the 14th amendment as it’s cited ruling, cases that made the use of contraceptives legal and interracial marriage legal. Alito falsely drives a narrative in his opinion that cites eugenics, claiming that people who support abortion have racial motives. Alito’s damaging and false narrative is derived from the same concept that put women in this position in the first place: that women should not have bodily autonomy.

The narrative that Alito pushes is a dangerous one, one that not only violates women’s bodily autonomy and right to privacy, but everyone’s. His originalist take on the Constitution is egregiously wrong. The idea that, “aborition isn’t mentioned in the Constitution so it must be unconstitutional” is ridiculous and demonstrates Alito’s disregard for any critical thinking skills. If the Founding Fathers believed that the Constitution would be the law of the land and could not change for any reason, we would have zero room to make amendments to the Constitution. The 9th amendment would also not exist. The logic that he uses here is extremely flawed, and proves that the originalist take on the Constitution destroys what was meant to be a living document that changes as the country grows. Alito pushes this idea that Roe v. Wade’s decision was weak and not supported. This idea destroys the foundation of the right to privacy for every American, and puts in jeopardy many of the rights that marginalized people have.

While Alito cites many other cases that use the 14th amendment for their precedent, there’s one that he fails to criticize equally. Lochner v. New York is a case that set precedent for many years to come. While it was revised some years later to exclude child labor, Lochner v. New York’s main sentiment was to provide the right to enter a contract with an employer under the 14th amendment. Alito fails to cite this amongst the other cases that he threatens. The only difference here is one is about business, and the others are about basic human rights. Alito does not care about what the 14th amendment actually means, or even abortion itself. The Supreme Court cares about limitations on what marginalized people have the freedom to do, and having control over that.

This draft opinion is scary. It’s scary to think about a right that has been around for almost 50 years could be taken away due to flawed logic and interpretation. But, as of right now, abortion is still legal. If this is passed, Iowa will most likely draft another Heartbeat Bill, as it tried in 2019, which will outlaw almost all abortion. Roe v. Wade has protected so many people for so long, and without that protection, not only will vital healthcare be removed for people with uteruses, but the rights of marginalized people will be up for grabs for the Supreme Court. Roe v. Wade had the opportunity to be codified for almost 50 years. The Burger Court made headway by passing this precedent, and the people elected to represent the will of the people failed us for the last 50 years by not turning it into federal law.