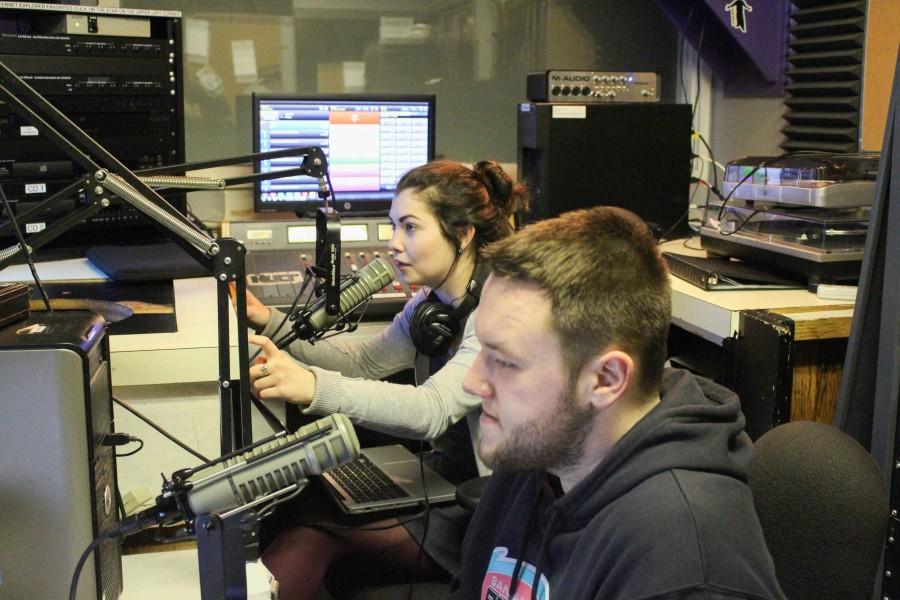 As the academic year winds down, the planning for next year among student organizations is ramping up. Olivia Guns, senior digital media leadership major and programming director at KULT Radio, reported that KULT was underfunded this year by the Northern Iowa Student Government (NISG).

According to Guns, KULT was allocated $4,800 this year, which is less than the $5,000 annual licensing fee that KULT needs to meet in order to continue operations. Guns explained that the fees needed to maintain KULT were fulfilled using personal funds to complement the money allocated to them by NISG.

Many student organizations have other options to meet their financial needs, but Guns said that’s not the case for KULT.

“Our only funding option is NISG because the FCC bars us from doing any sort of advertising, so we can’t get any money from that,” Guns said.

Though KULT is financially stuck between a rock and a hard place, NISG director of administration and finance, Abbie Shew, explained why NISG’s hands are tied as well.

Shew described part of the problem that some student orgs run into with funding.

“We have a cap on certain line-items,” said Shew. “In the instance of KULT, we have a $3,000 cap for equipment and a $500 cap for royalties and copyright fees. We will not exceed those amounts under any circumstances for any organizations.”

According to Guns, KULT is classified as a “low-power station” by the FCC. This status is fundamentally defined by the area and audience that the station is capable of reaching. Due to this, Guns explained, there is no real way for KULT to attempt to increase its power and be capable of advertising.

“The university established this on its own; the students didn’t establish this club, so I don’t think we should be treated like a bunch of rag-tag students deciding to start a radio station together,” said Guns.

KULT was not only established by the university, but serves more than just students. Guns said that a club like the Harry Potter Club is great, but that it is built and run by students, for students only. KULT is run by students but serves the faculty and staff on campus, as well as others, such as alumni, via a streaming service.

Because of the scope of their service, Guns claimed that they should be classified as what she described as a university organization instead of a student organization.

This classification would result in KULT’s funding coming through the university and not through NISG.

The annual student org budget allocations, which is accessible to the public via NISG’s website, states that KULT received an allocation of $5,682. However, according to Guns, they received $4,800. This confusion is compounded by the use of deferred funds.

According to Shew, deferred funds come from NISG’s contingency fund. Shew described the contingency fund as “NISG’s discretionary budget that we give out based on our guidelines.” The student orgs who have funds deferred can reach those funds by essentially reapplying for them and making the case for why NISG should allocate that money.

Shew noted that this is on a first come, first serve basis. Guns found the definition of deferred funds to be unclear.

“I don’t know what deferred necessarily means, when NISG says deferred,” said Guns, “because it sounds to me like they’re going to give it to us later, but we never received that.”

Guns did note that she does not want to blame NISG, but that NISG is the only way for KULT to get funded.

According to Shew, there is clearly some confusion in student groups about how to get funding and how much funding they get. While this was the case for most student organizations this year, Shew said this will hopefully not be a problem going forward.

While this year was financially problematic for all groups, according to Shew, this problem should not recur next year.

“This year, we received an allocation of $300,000 so we will hopefully be able to increase the amounts we give to student organizations in the future.”

Shew explained that this budget increase of $120,000 for NISG will set a precedent for groups to keep operating and improving.