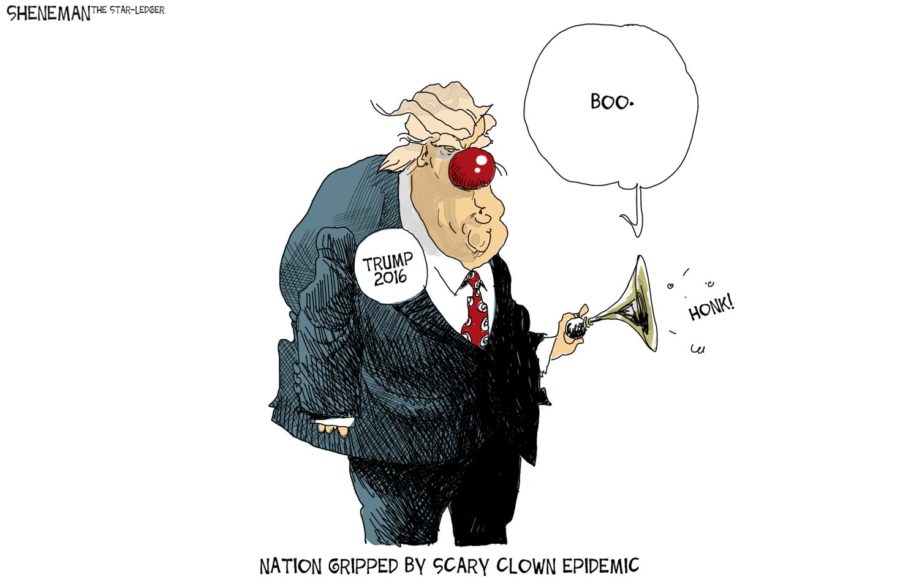 Columnist Cobb discusses reports that show multiple suits filed against Donald Trump accusing him of sexual assault in the past. One alleged incident, involving a 13-year-old girl at a party, is moving forward after having been denied three times. A federal judge recently ordered that the case move forward.

If you didn’t catch it over the weekend, the release of a misogynistic recording of Donald Trump from 2005 forced the GOP to finally cut off support to him exactly one month before Election Day, according to CNN Politics. In said recording, Trump details the predatory ways in which he chooses to sexually assault women, claiming that his celebrity status grants immunity to repercussions.

So, suggesting he could get away with grabbing women “by the pussy” is the straw that broke the Republican National Committee’s back. Don’t get me wrong, this was a decision by the RNC that I agree with and I’m just as anxious as the next person that’s watching this election cycle spontaneously combust.

But as much as I agree with the decision of the RNC, I don’t believe it. The move is as phony as it gets. This line that they’ve drawn for what behavior and discourse they’ll let slide before cutting ties is disturbing.

I have some questions: What about the accounts of the three women that have come forward over the years with their experiences of rape and sexual assault initiated by Donald Trump? One incident even involved a 13-year-old. Were these claims not significant enough for the GOP to avoid endorsing this man in the first place? Were they not significant enough for influential media outlets to report on?

Following some dedicated investigative reporting from staff at Jezebel, we know a few things about these incidents. The well-known “billionaire pedophile” and friend of Trump’s, Jeffrey Epstein, hosted parties in the nineties that Trump attended, along with several teenage girls that were promised modeling contracts and cash for their attendance.

One of these girls, a 13-year-old at the time of the incident, had her case dismissed three times until recently when a federal judge ordered the case to move forward, as an additional witness has been identified.

The blatant disregard for the reports of these women highlight several very seriously detrimental aspects of how our society treats victims of sexual violation. If the male in question is in a place of superior power, don’t even think about being taken seriously. You’ll first have to combat their supporters that claim they wouldn’t do such a thing, then you have to prove that you brought very private and traumatizing charges against this man for reasons other than monetary gain.

What’s worse is that men like Donald Trump know this. They are aware of their position in society and that it is powerful enough to discredit claims of abuse.

Men like this say things like, “You know, I’m automatically attracted to beautiful — I just start kissing them. It’s like a magnet. Just kiss. I don’t even wait. And when you’re a star, they let you do it. You can do anything.”

Furthermore, this situation demonstrates the extent to which people are willing to ignore information about a candidate that they’ve publicly expressed support for.

It’s not just one isolated incident of a woman making claims. There have been three women that’ve come forward and now there is audio records of him asserting his contribution to sexual aggressiveness — this is an issue.