Panthers match the Bulldogs in a 0-0 tie 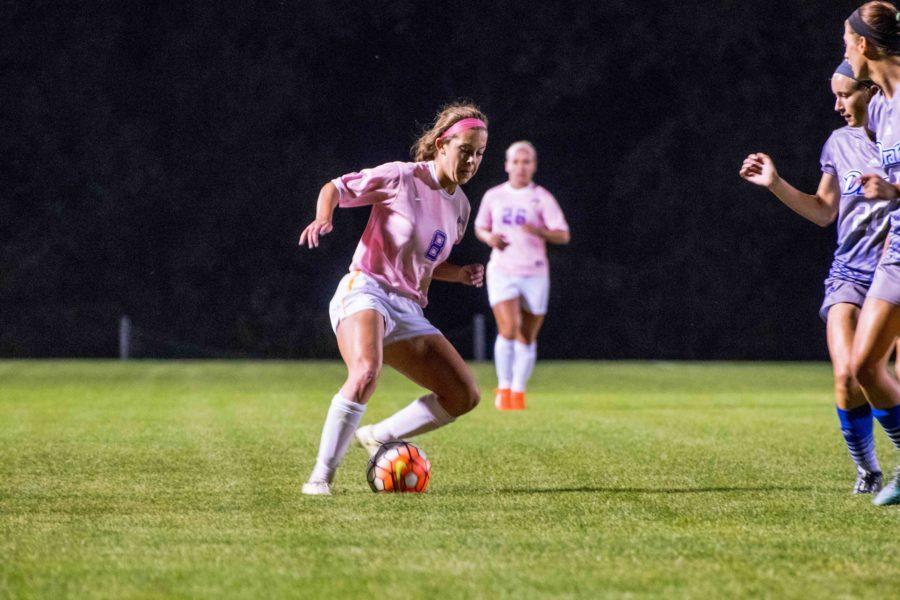 Hannah McDevitt (8) shows off some of her footwork against the Bulldogs. McDevitt is currently tied at second for most goals scored on the team (7).

On October 11, the women’s soccer team had a home game against the 9-3-1 Drake Bulldogs. It was a low scoring, defensive focused game that ended in a 0-0 tie.

Drake was off to a slow start in conference play, losing their first two games in the MVC. In Waterloo, Drake outshot the Panthers 10-3.

Kelsey Yarrow led the team by shooting two of UNI’s three shots. Brynell Yount had the team’s one assist.

The offense has only scored once in their last three games.

Overall, the team has struggled to get much going on offense during these previous few games.

They have only averaged seven total shots per game, six down from their previous average of 13 shots per game. Defensively, the Panthers are now second in total saves (22) as well as first in shutouts (3).

The Panthers will have another chance at victory when the Loyola Ramblers come into town later this week.

The Ramblers are currently 4-7-2 and are on a three-game win streak.

Loyola is on top in the conference, having won their first two MVC games.

In two weeks from now, the Panthers will play their final home game against the Iowa State Cyclones.

Iowa State will take on the Texas Longhorns this Friday, who are currently coming off a 0-2 loss to third ranked West Virginia.