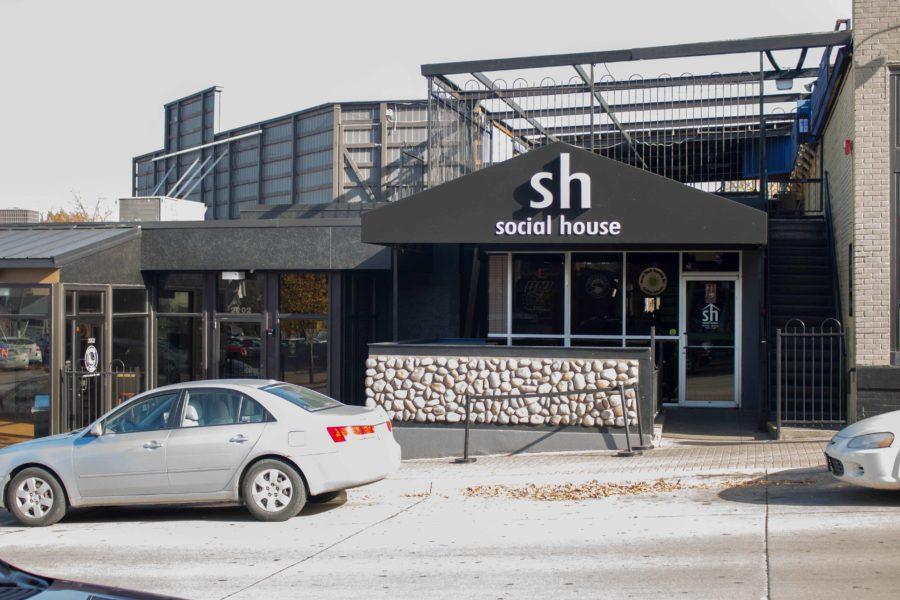 Social House was one of three businesses that was broken into on Oct. 7. Damages included point of sales systems, broken liquor bottles and more.

In the early morning hours of October 7, an individual broke into and caused damage to three businesses on College Hill.

The three businesses that were broken into were Suds Upstairs, Little Bigs and Social House.

According to Shane Bray, manager of Suds Upstairs, the suspect broke into Suds first. The suspect reportedly damaged chairs, bar stools, bar equipment and broke bottles of alcohol in Suds, according to the press release issued by the police department.

“When you walk into something like that, you’re a little angry [and] confused,” Bray said. “But that angry emotion turned into motivation to finding who did it and why […] I’m just glad the person was caught. There’s no hard feelings. I just want to move on.”

The suspect then broke into Little Bigs at around 3:30 a.m., according to Kyle Dehmlow, owner of Little Bigs. The bar, which is tentatively set to open this Saturday, was in a construction phase at the time of the break-in.

Dehmlow said that when he arrived to the bar the next morning there was concrete filler from a caulk gun on the sidewalk in front of the building.

“So I started cleaning it up, getting more rags. I tried to get back into the building, and I noticed that there was a concrete caulk gun, which is what we just bought the night before, right in front of the door,” Dehmlow said. “And then, when I tried to open the door, the door handle was ripped off. So then, that kind of made me nervous.”

Dehmlow went on to say that the suspect had gone upstairs to their offices and had kicked in several doors and a window.

“He went upstairs, and that’s how he got into Social House,” Dehmlow said. “He went up on the roof, from what we gathered, he leaped from this building over to that building.”

According to Jorge Covarrubias, general manager of Social House, the suspect broke into Social House at about 4:15 a.m., only an hour and a half after Covarrubias left work that night.

Covarrubias said the most expensive damage was the destruction of a couple of point of sales systems. In addition, the suspect reportedly ruined approximately 30 bottles of liquor in Social House, among other acts of vandalism.

According to the press release issued by the police department, Shaw ended up causing several thousand dollars’ worth of damage in Social House alone. Covarrubias described his reaction to the damage.

“I would say [there was] a little bit of shock. Maybe a little bit of anger – probably just because this is my home, you know, most of the week,” Covarrubias said. “I was mostly shocked, though, to see someone do that. You know, not actually take anything […] He had access to booze; I’m surprised he didn’t just walk out with a bunch of liquor.”

Despite all the damage, Covarrubias said Social House didn’t lose any hours and opened at 4 p.m. that day, thanks to the work of Social House’s staff.

Dehmlow said he was glad that no one had gotten hurt that night – including the suspect himself. However, he said he thinks the consequences of Shaw’s actions that night will follow him for a long time.

“Good luck trying to enjoy yourself on College Hill after this,” Dehmlow said. “You know, you just broke into three bars that I’d have a good idea probably wouldn’t let you back in […] I don’t have any intention of letting him in here […] I think it’s a mistake, unfortunately, that he’s probably going to have to carry with him for the rest of his life. That is quite punishment enough, in my opinion.”