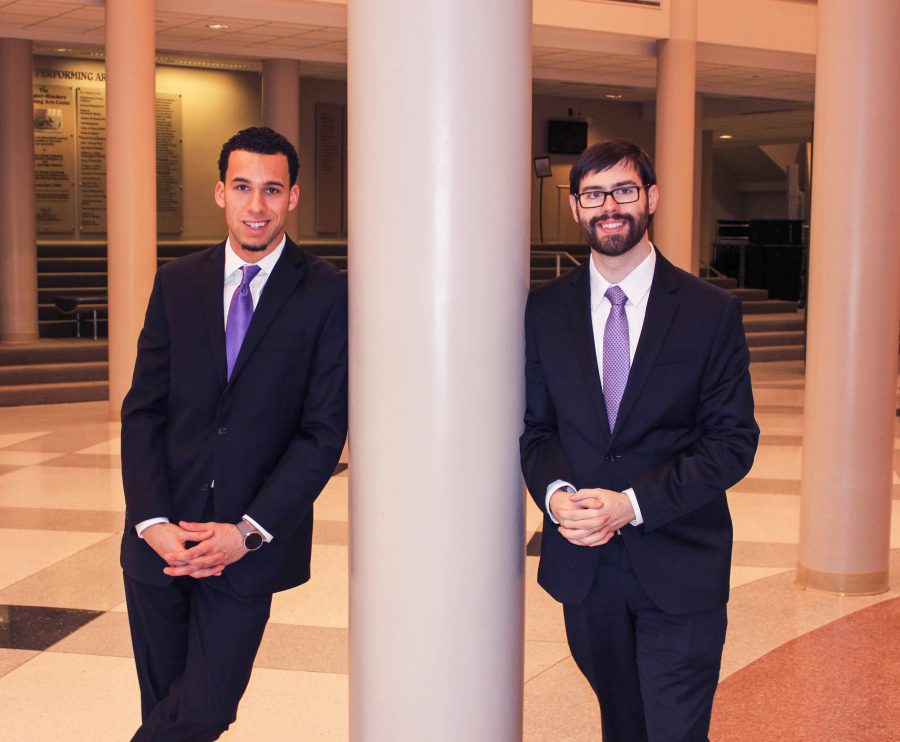 Each year UNI students elect new representatives to the Northern Iowa Student Government (NISG). These students decide funding for student organizations and represent students in both internal and external affairs. This year the NISG campaigning will begin on Feb. 6 at 8 a.m. with a revised set of rules after last year’s NISG presidential election yielded election day allegations and caused a five-hour discussion of sanctions.

“Our purpose with the Supreme Court this year was to […] close those loopholes,” said Jamison Whiting, the student advisor to the Supreme Court this year and member of the Election Commission. Whiting ran for the office of NISG president last year with Aaron Friel, opposed by Hunter Flesch and Avery Johnson. According to Whiting, a lot of the amendments to the rules stemmed from allegations and actions taken by both tickets in last year’s presidential campaign.

“If it doesn’t blatantly say it’s against the rules, technically you can do it,” Whiting said. “Going back […] we started to close down those things that did happen last year.”

“We added a clause about delaying election results because last year [the Supreme Court] debated for five hours,” Dzaboff said. “So we added, in [the election rules], that if there was a discrepancy that we can reserve two more hours or something to figure it out.”

Whiting explained that the reason the debate took so long last year is because the sanctions that were being considered for his ticket were not included in the election rules.

According to Miller, the circumstances surrounding last year’s election are what inspired the numerous revisions and full review of the election rules.

“I decided in that moment, in these five hours of all of us yelling at each other and being frustrated and unprepared, that I was not going to let that happen again,” Miller said. “So that’s the attitude I had going into changing the election rules this year.”

Miller explained that her goal is to keep the rules from being distorted or taken advantage of by campaigns and to make the election go as smooth as possible.

With the election on the horizon, campaign teams have begun to file for their official student organizations. According to NI records, Jamal White and Tristan Bernhard have established an exploratory committee — this is a practice that equates to announcing candidacy for NISG President and Vice President. Election results forbid a ticket from directly announcing candidacy until the first day of formal campaigning.

According to NISG Senate meeting minutes, Miller and Danielle Massey have also established an exploratory committee. Official announcements of candidacy traditionally occur on the first day of official campaigning and polls will open on Feb. 21.