CAB brings The Maine to Union 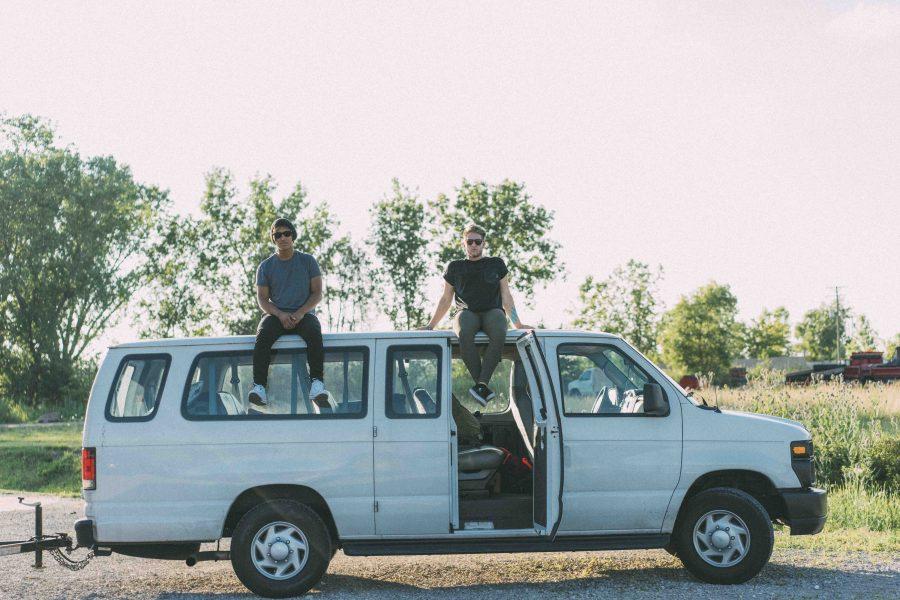 Alternative rock band, The Maine will be performing a free concert on Thursday, Feb 9, at 7:30 p.m. in the Maucker Union Ballroom. The Hex Girls and 4 Door Theatre (above) will serve as the concert's opening bands.

Nationally known act The Maine will be headlining a concert with 4 Door Theatre and The Hex Girls in the Maucker Union Ballroom on Feb. 9 at 7:30 p.m. The event is being held on behalf of the Campus Activities Board (CAB). The concert is free and open to the public.

“We had a list of several people that we could choose from, and we decided that The Maine would be the best within our budget and our target market, which was college students,” said Ryan Drilling, junior marketing and advertising major and the concert executive for CAB.

The Maine is an alt-rock band founded in 2007 out of Tempe, Arizona.

Drilling and CAB’s Publicity co-executive Hannah Gibbs were instrumental in bringing all three bands to campus.

“If you get an early access pass, you get in 30 minutes before the doors open, and so it guarantees you a front row spot,” Drilling said. “And I think this is the biggest lineup that CAB ever has brought. So, it’s going to be pretty lit.”

4 Door Theatre is an up and coming band out of Nashville, Tennessee. The band is made up of Garrett Joseph Cyr and Bipul Lama. Their music style has been described as alternative pop punk.

“We brought [4 Door Theatre] up to the group and they were like, ‘Oh, I think this would mix perfectly with the Maine.’ It turns out that 4 Door Theatre is actually a really big fan of the Maine,” Drilling said. “[It] will be really cool with that bundle of energy going on, [and] that’s going to really show through the event.”

“We are completely independent and love working one on one with our fans […] as well as organizations like CAB,” said Cyr of 4 Door Theatre. “We couldn’t be more excited to be sharing the stage with one of our favorite bands.

As well as performing at the show in the evening, 4 Door Theatre will be doing an acoustic set at the Maucker Union Coffeehouse at noon on Thursday. They will stick around afterwards to meet students. The band has played in Iowa before and is excited to return.

“We couldn’t be more stoked! Are you kidding me?! For real, this is the first show for us in 2017 and we are super excited to bring it back to Iowa,” Cyr said.

The Hex Girls are a local band from Cedar Falls and is a self-described indie punk band. They’ll start playing when the doors open. The Hex Girls is made up of four members: John and Nick Fisher, Nico Luerkens and Charlie Patterson.

“I was honestly reluctant at first. I think we are a very niche band,” said John Fisher, formerly a UNI student who now teaches math at Waterloo West High School. “We’re not for everybody; no band really is. We have a pretty wide range of styles within our set, which I think helps us out.”

“Local artists and musicians work so hard, and often go unnoticed to so many people,” Fisher said. “I would love to thank CAB for paying attention to local artists. We all need some sort of exposure like this. It is so important and means a lot to us. I always day-dreamed of playing on campus as I walked to Wright Hall or drank coffee in the Union. It really means a lot to me to get this opportunity.”

“I’m super excited that the Maine is coming because I’ve liked them for a long time, and I think they’re a band that should be a lot bigger than they are,” Rea said. “And I love a free concert.”

“I saw The Maine last summer at Warped Tour.  They weren’t my favorite band there but there were like, fifty million bands there and they were all pretty amazing,” said senior communication studies major Makaela Schulz.  “The Maine is definitely worth bringing to UNI.”

“[Students] are going to have a really good time,” Drilling said. “This is one of the biggest events that CAB […] puts on all year besides Cabapalooza. And you’re already paying for it anyway so you might as well go.”