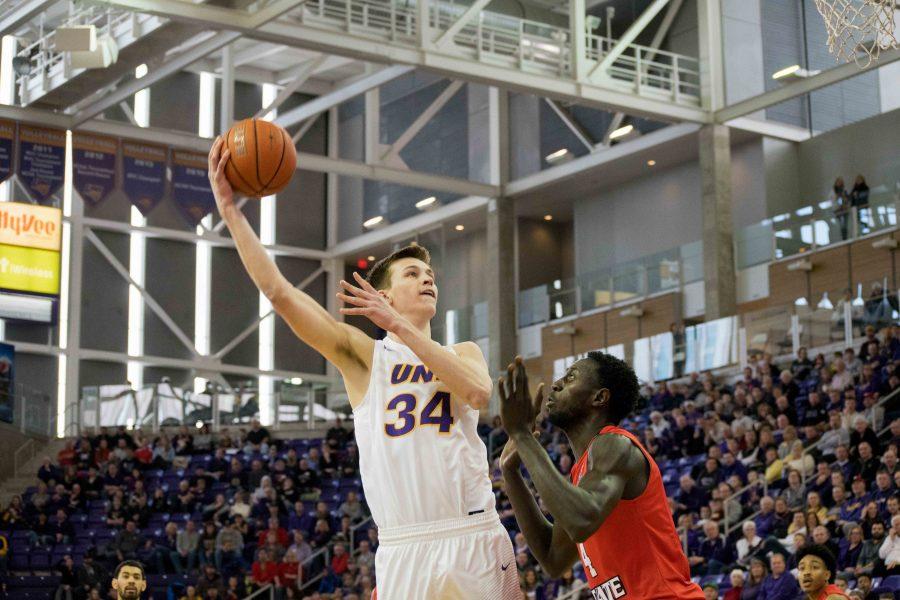 The UNI men’s basketball team finished their regular season with a tough loss to Illinois State University (ISU), 63-42. The Panthers finished the season with an overall record of 14-15, 9-8 in the Missouri Valley Conference (MVC), 9-4 at home and 3-9 on the road.

By the end of the first half, UNI was only down five as ISU led with 30 points. Jordan Ashton led the the team with nine points and two rebounds. Klint Carlson had seven points, one rebound and an assist before going into the halftime break.

The Panthers were also unable to find their offensive rhythm and finished the half shooting just 30 percent while the Redbirds were successful from anywhere on the court: 13-20 from the field and 5-10 from three-point land. Bennett Koch led the second half with six points, two rebounds and an assist.

Their season’s efforts earned the men’s team the No. 3 seed in the MVC tournament and they will take on the No. 6 seed Missouri State this Friday at 8:30 p.m. The winner of the whole tournament will represent the MVC in the NCAA’s “March Madness” tournament.