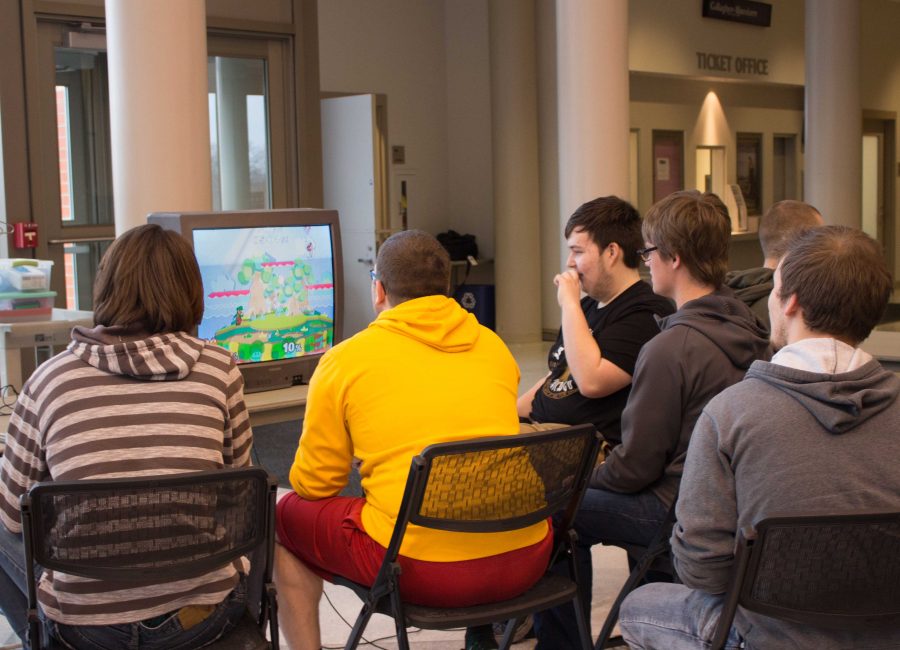 On Saturday, March 25, dozens of UNI students gathered in the Gallagher Bluedorn Performing Arts Center (GBPAC) to participate in the Panther Gaming Convention, the first event on campus for student organization Panther eSports.

The day-long event, which ran from 10 a.m. to 10 p.m., was free and open to the public. Throughout the day, there were plenty of gaming opportunities for attendees, who were encouraged to bring their own gaming systems and computers.

UNI students played a wide variety of video games at the convention, such as: Just Dance,  Guitar Hero, Battlefield, Madden Football and Call of Duty.

In addition, there were tournaments for League of Legends and Super Smash Bros.

Besides video games, students also had the opportunity to play board games and card games, such as Magic the Gathering. According to the event’s press release, Panther eSports partnered with Panther Tabletop Gaming to arrange for these games.

Refreshments were also offered at the event, including free samples of various flavors of Rockstar Energy Drink to provide attendees with extra gaming stamina.