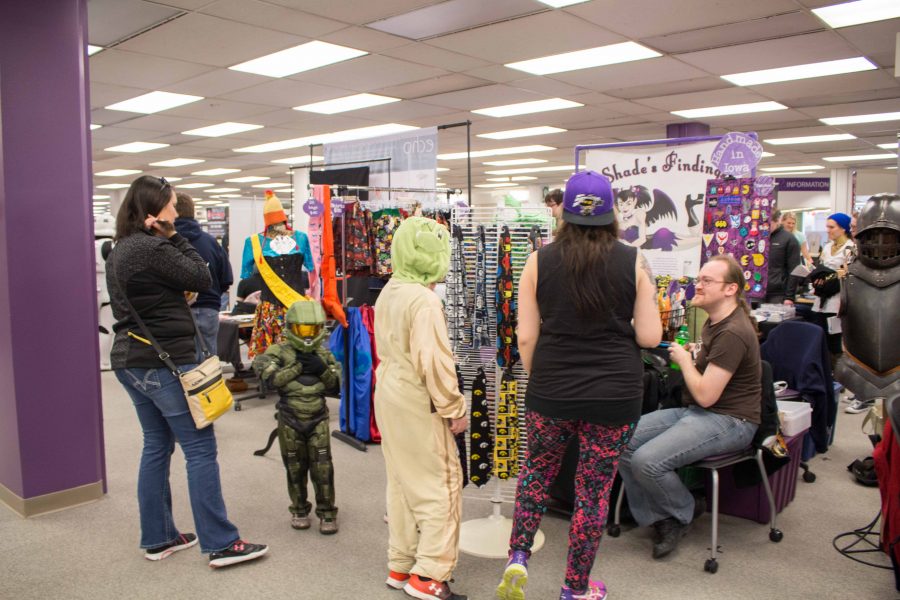 UNI students were able to channel their inner nerd this weekend, as the Rod Library held their fourth annual RodCon, their mini comic book convention.

There were numerous all-day activities scheduled at the convention, including a photo booth, silent auction, board games and both children and adult costume contests.

In addition to all the countless merchandise booths sprinkled through- out the library, attendees also had the opportunity to participate in various trivia contests throughout the day. Some of the trivia topics were: Disney, classic Star Trek, Buffy the Vampire Slayer and Doctor Who.

Attendees were also treated to some fresh, new comedy as local improv troupe Half Masted also performed at the convention.

The Wall of Comic Art, a collection of 93 pieces of comic-related artwork was also on display in the Rod Library. All the artwork on display was created by UNI students, staff and faculty, as well as community members.