Obama, Trump have ‘desensitized’ us to military violence 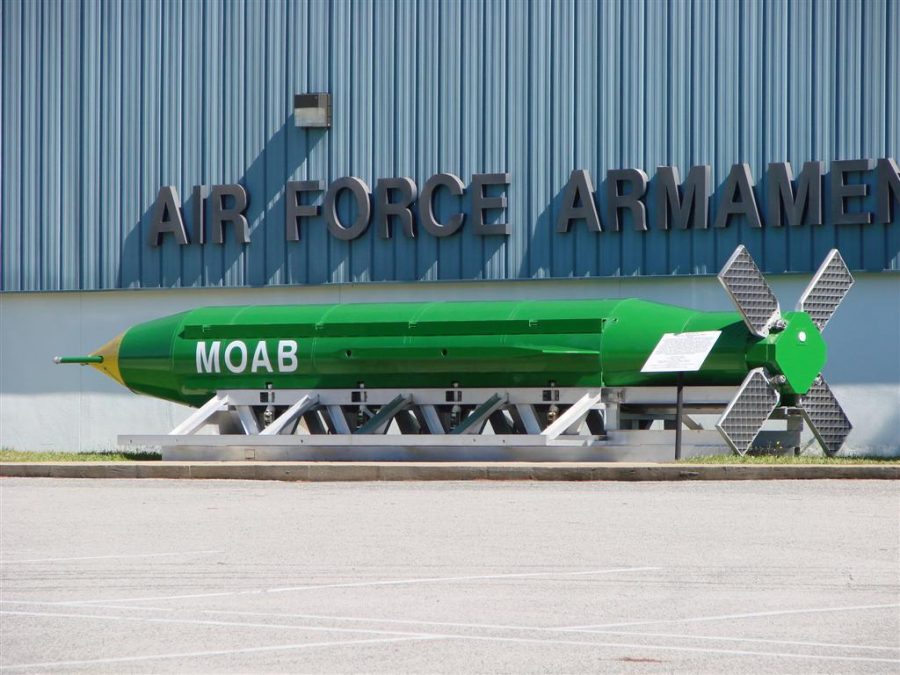 The United States dropped the most powerful conventional bomb in the American arsenal on April 13 according to the New York Times. The strike was the first combat use of the GBU-43/B Massive Ordinance Air Blast (MOAB). The MOAB is also commonly referred to as the "mother of all bombs."

I remember how pleased and even excited I felt when listening to Barack Obama discuss his goal to reduce the number of American combat troops on ground. I was naïve enough to equate such statements with a reduction in US military violence and an eventual end to the country’s involvement in conflict abroad.

As it turns out, my juvenile anticipation for this remains unsatisfied.

Fast-forward a couple of years. The US military, headed by the three-month-old Trump Administration (wait… what?), drops the largest non-nuclear bomb they have in Afghanistan, following just seven days after issuing 59 missiles launched in Syria.

The recent US-lead attacks are consistent with the elaborate and very sophisticated military strategy to “bomb the s–t” out of ISIL that Trump detailed from the campaign trail.

Not only are these attacks consistent with Trump’s campaign promises, they do not differ much from the general military action of the previous administration or administrations before that. Reducing the number of combat troops simply meant a shift to relying largely on air strikes, not terminating US participation.

I have to emphasize the fact that this tendency is non-partisan. Hawks exist as Republicans and Democrats. Let’s not forget, or let’s make sure we’re fully aware of, the fact that the Obama Administration dropped (at least) 26,172 bombs in seven different countries — in 2016 alone. According to the Pentagon’s running count, this figure was up 3,028 attacks and one additional country from 2015 statistics.

The only real difference right now is that the American public has been made aware of these recent, notable attacks. There have been several additional US-issued air strikes carried out in the last three months that have flown under the radar of awareness for most people.

In several recent instances, such as in the Iraqi city of Mosul and the Syrian city of Raqqa, news and media outlets have reported the coalition’s responsibility in targeting schools and hospitals with civilian death tolls in the hundreds.

I’m beginning to wonder and worry about what will have to happen in order for US citizens to become aware of and acknowledge their own desensitization to US military violence. This country’s coalition is not a force to be reckoned with, proud of or supported. Their attacks are not motivated by humanitarianism, but instead by profit and imperial tendencies.

Despite what I had hoped for only two years ago, I now suspect that decreased military intervention — be it on-ground or via missiles — will not become a reality in the time that I am alive. Regardless of who’s in office and what war the country is claiming, the largest and most destructive terrorist organization in the world, the US military, will always have an empire to maintain and expand.