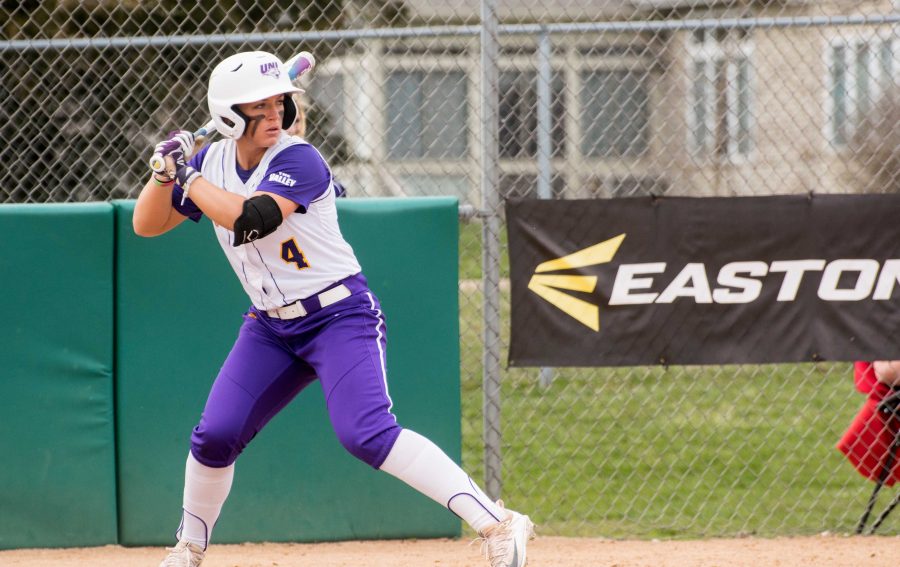 The UNI women’s softball team had a strong start to their weekend after a close 7-6 victory against Loyola in Chicago. After Friday’s affairs, they would lose both games, 0-1, and finish the series 1-2 with an overall record of 26-17. Despite holding a two-game losing streak, UNI is still 14-6 within the Missouri Valley Conference (MVC) and a powerhouse in Cedar Falls with a home record of 12-3. Away games are more balanced; the Panthers sit at 7-9 on the road.

Loyola earned the first runs of the evening off a double RBI down left field. When UNI was up to bat, Sammey Bunch singled to right field and got to second after an error by Loyola’s right fielder. Anna Varriano then made it to home and tied the game 1-1.

This game was a constant back and forth effort, because right after the game was tied, Loyola hit a two-person homerun and took the lead once again. But the Panthers would not back down, and hit back to back single homeruns by Ashley Chesser and Jaclyn Spencer both reaching for the fences down the left field line. Loyola got one more run off a double in the bottom of the fourth inning, but UNI took the lead in the fifth with a two-person homerun, with Brittney Roby and Brittney Krodinger scoring on the at bat by Macey Wolfe.

Everything was tied up 6-6 in the bottom of the seventh, after Loyola flied out to center field and got the RBI. Both teams showcased great defense in the eighth inning, as the final run was not earned until the ninth. Brittney Krodinger singled down the right field line and brought Kennedy Bailey in for the RBI. UNI won by one run in a complete grinder of a softball game.

UNI lost their second two games of the series, first one 0-1 in 10 innings and the other 0-1 in seven. Their next game will be in Cedar Falls against Drake University. Last time these two teams faced off it was in Des Moines earlier this month. UNI won 3-0 in the first game and a whopping 12-0 to close the weekend. Fans in attendance are encouraged to wear pink to match the theme. After Drake, UNI will travel to Ames for one single game against instate rival, Iowa State University.