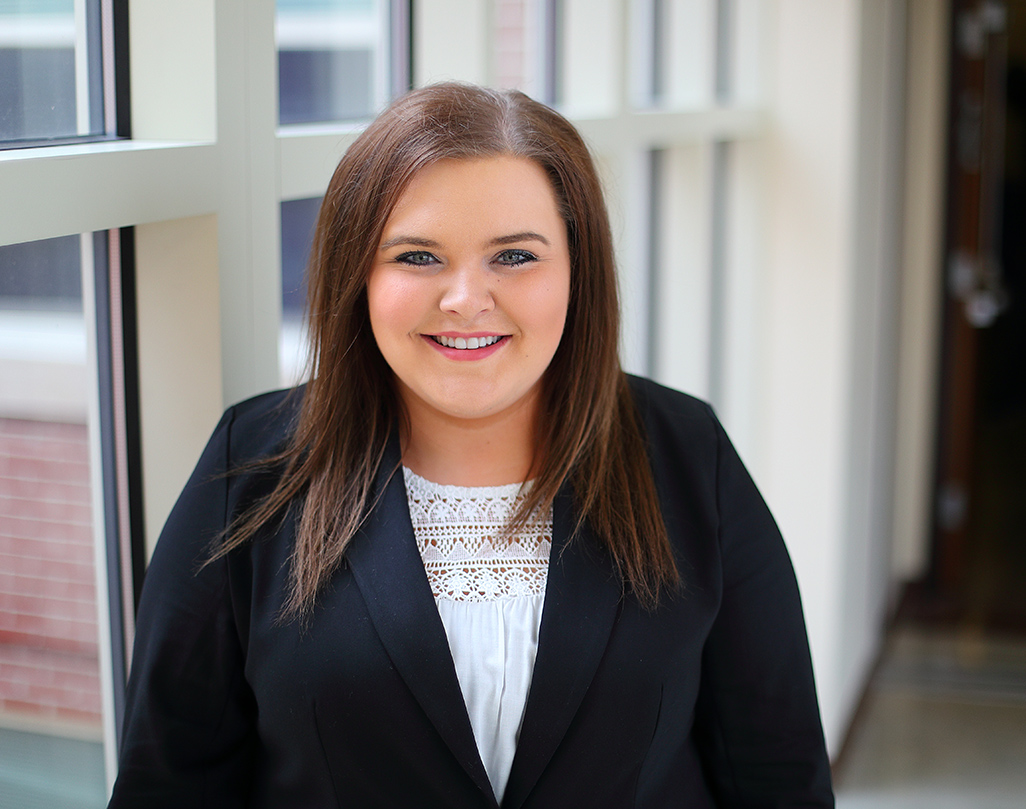 Earlier this month, UNI student Rachael Johnson was announced as one of only 62 national recipients of the 2017 Truman Scholarship. Johnson is the first UNI student to ever be named a Truman Scholar, and her achievements make it easy to understand why she was chosen.

Johnson is a junior from Sioux City double majoring in elementary and middle level education, but she already has her sights set on life after graduation.

“I’m looking…at going into the higher education policy world with my graduate studies to work on system level governance and administration for higher education,” Johnson said.

Johnson believes that her undergraduate degree in K-12 education will help her with her future plans because she will understand the basics of education, what students will be coming to college with after high school and how she can help to bridge the gap between the two.

She hopes to work in the governing body that administrates higher education.

Johnson is a student regent, appointed by the governor in March of 2015 to serve on the Board of Regents (BOR) for a six-year term.

However, she is only able to serve on the board as long as she is a student, as well as one year after no longer being a student.

Her position on the board is equitable to all others, as she is a full serving member. Her vote, input and impact is the same as other non-student members.

The Truman Scholarship serves as a living memorial to President Harry Truman.

“It is a $30,000 scholarship for students who apply for it in their junior year of college, who are committed to public service and being a change agent,” Johnson explained.

Students who apply for the scholarship must go through a lengthy application process.

Out of a little fewer than 800 students who applied, only 62 students were chosen.

“There were probably eight or so essays that I had to write,” Johnson said. “I had to write a full policy proposal, in which I focused on the GEAR UP program.”

The GEAR UP program is an acronym for Gaining Early Awareness and Readiness for Undergraduate Programs. Johnson was a member of the Gear Up federal grant program at her middle school and high school.

“That was where I kind of found the passion to continue on with this,” she said.

The project she proposed in her application was to extend the program beyond the senior year of high school to the 14th year of schooling.

“I thought it was so important, not only to get students to college, but make sure they succeed at college,” Johnson said. “So, getting them past that first year, retaining them in the schools and then allowing the colleges to really take over full support. It does need to be a partnership between both the state, the different local organizations, the schools and the universities…working together to kind of solve that problem and to bridge that gap.”

As well as writing essays, Johnson had to receive four different letters of recommendation. All of her letters of recommendation were written by leaders within the university, such as Donna Hoffman, head of the political science department, and Provost Jim Wohlpart. She also had to list all activities she was involved in since back in high school.

“It was a very lengthy process and very difficult at times, but I think one thing that was really awesome about the process was the fact that it made me look at things and analyze myself in a way that I wouldn’t have without that,” Johnson said.

After submitting her application, Johnson was notified that she was a semifinalist and traveled down to Kansas City, where she was interviewed by a board of nine policymakers from across the United States.

“[It] was really exciting to kind of share my excitement for a program and a proposal with other people,” she said about her experience. “It was intimidating, but it was also really fun.”

After interviewing, she waited for a few weeks. Then, President Nook brought her into his office and told her that she had been chosen to receive the scholarship.

“He pulled me into his office and just said, ‘I have some really good news to share,’ and it was very exciting,” Johnson said.

Johnson said that she is very excited to be a member of the Truman community. She will be attending a Truman Scholars leadership week at the end of May, where everyone who won the Truman Scholarship this year will gather to receive help in developing leadership skills and policy work.

There is also the Truman Foundation, an organization made up of alumni who have won the scholarship in the past and who all continue to stay connected.

“I think that would be what I’m even more excited for than the monetary assistance that the scholarship offers,” Johnson said. “When [I] see these other people doing phenomenal things, it just pushes me at least to think bigger and drive harder and dream big. It’s exciting. It’s a little overwhelming still, but it’s very exciting.”

Johnson plans to use the summer to look at different graduate programs and schools.

As for Johnson’s daily life as a UNI student and BOR member, a typical day for her is very busy. She can be found answering phone calls and emails, attending class and going to meetings at UNI and around the state.

“I’m driven by my Google calendar. Wherever it says to go, I go,” she laughed.

In her free time, she loves to spend time with her friends and family, read, see movies and try new local restaurants. She also loves to go shopping.

“Retail therapy is my type of therapy,” Johnson said.

Johnson said that her main advice for students is for them to find a mentor.

“Just finding someone, whether it be a faculty member or a staff member, or a fellow student you can really connect with — [someone] who you value their opinion and you value their judgement and you trust them, is really important,” Johnson said. “I would say if you’re struggling, that’s what I’d suggest.”

Lastly, Johnson urged students to seek out opportunities for community engagement and involvement.

“Another thing is to get involved,” Johnson said. “Find your community here on campus. Find where you fit, and you’ll do great things.”